A cracking start to the day at a local reservoir the bird song was amazing, GRASSHOPPER WARBLER stole the show........

Our early morning visit to a local reservoir proved to be a great success, it was a lovely still morning with a nip in the air but perfectly dry and clear.

The area to the back of the reservoir consisted of flood meadows and reedbeds with gently sloping hills on three sides which were covered in scrub. 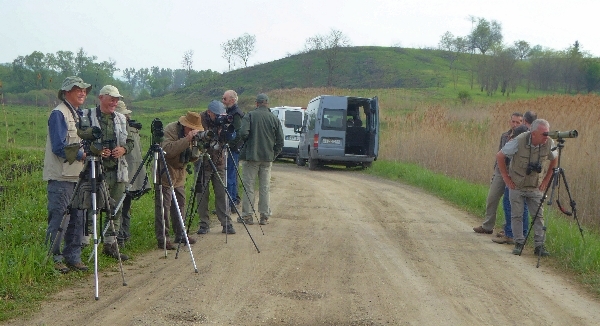 Within minutes of getting out of the van we were watching a Grasshopper Warbler, it was singing from a grassy bank.  This super little bird eventually came and perched in a small bush right out in the open. Then we found an active nest of the Penduline Tit, it appeared to be unfinished and we watched the adult female finishing the entrance hole. 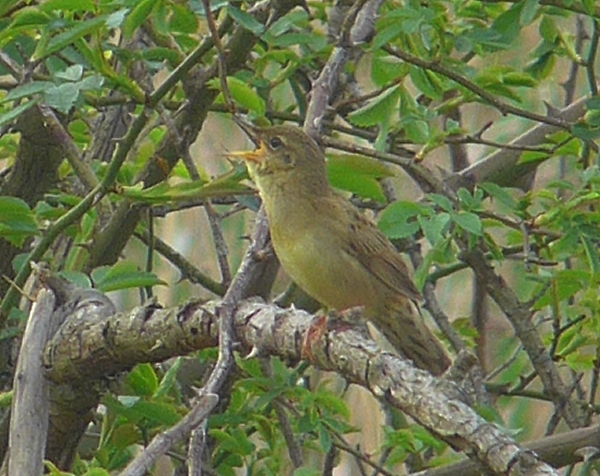 GRASSHOPPER WARBLER - the star of this morning's show 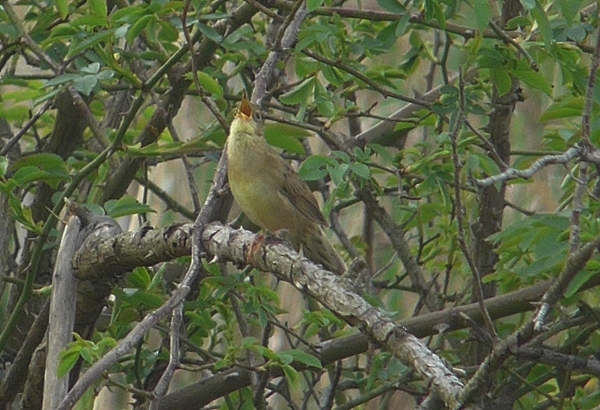 Next we tracked down a Marsh Warbler, this bird was delivering its subdued mimicry from a reed bed, we eventually found it and got good scope views of it. 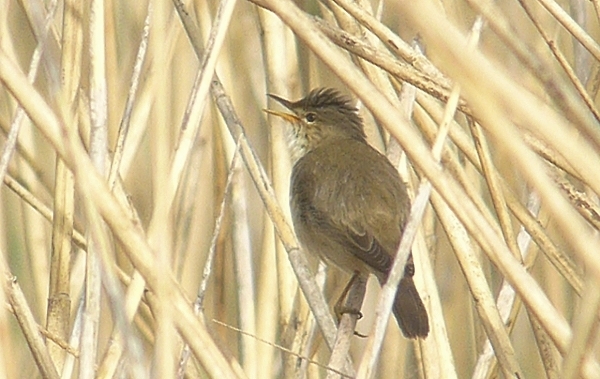 It is amazing that every type of habitat we visit we see or hear a number of cuckoos, (I can even hear one now as I write this at 6am in my hotel room) today was no exception at least three were flying around  and calling. Another good find was a Eurasian Hobby perched in a tree, it was bit distant but showed well in the scope. 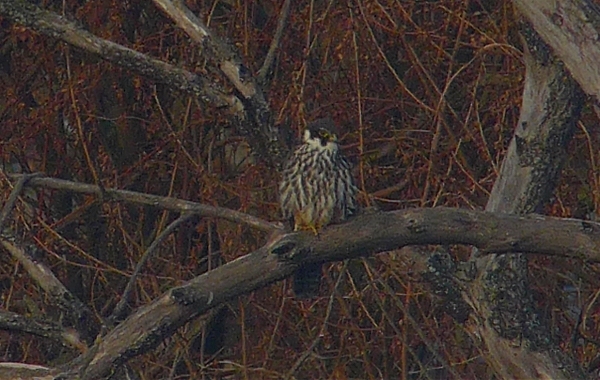 After breakfast we set off to the Tisza Lake and a series of fish ponds, we crossed the Tisza River on a ferry before driving into some oak woodland. A brief stop at a nest hole of the Black Woodpecker proved fruitless but the first fish pond held a few new species for us. 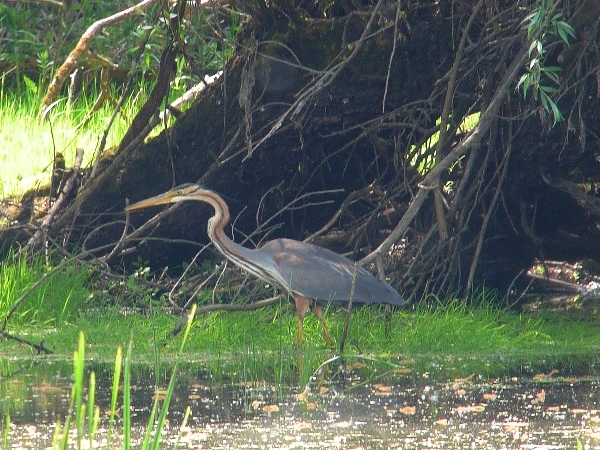 PUPRLE HERON - just before it struck out and caught a snake

A very colourful Purple Heron stalked the edge of the pond, we saw it snatch a Grass Snake from the water. Moorhen was a first for the trip, we also saw another Lesser Spotted Woodpecker, Great Cormorant and a distant Ferruginous Duck.

The next pond was alive with Marsh Terns, about 50 birds could be seen at any one time but they were coming and going. At one time you see could see all three species, Whiskered, Black and White-winged but the majority of them was Black Tern.

In the water we watched a pair of Ferruginous Ducks, a single female Common Pochard, Purple Heron and our first Common Coot. All the time we could see Marsh Harriers in the sky and Common Buzzards perched or soaring in the distance. 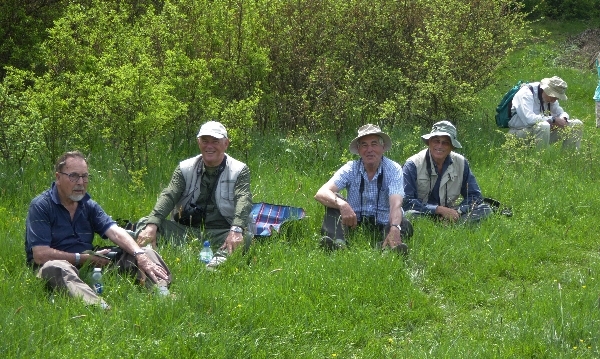 some of the 'hard core birders' of Cheltenham Bird Club

For lunch we ate in a restaurant on the banks of the river, Roy recommended the fish soup, a traditional Hungarian dish,  so most of us tried it. It was absolutely delicious I have never tasted such good soup.

We caught the ferry back across the river and spent the remainder of the afternoon searching the Tisza  flood plains for Pallid Harrier and such like.

We found a small flock of European Bee-eaters another first for the trip, they posed well in the afternoon sunlight before flying off. We saw a number of European Rollers, Eurasian Hoopoes and hundreds of Eurasian Skylarks and Yellow Wagtails but not the Harrier.

So we called it a day around 5pm, it took an hour or so to get back to the hotel in good time to prepare for dinner.