The Hortobágy is an 800 km² national park and is Hungary's largest protected area, also the largest natural grassland in Central Europe with cattle, sheep, oxen, horses, tended by herdsmen, and it provides habitat for various different species (342 bird species have been recorded in this puszta (great plain). We spent all day there and recorded over 90 species of birds in some wonderful habitat.

Before our epic birding trip to the Hortobagy we went out for an early morning jaunt along a lane close to the hotel, we passed the Lesser Spotted Woodpecker's nest and waited to see one of the adult birds bringing food to the chicks. Also along the lane we saw several Song Thrushes, Blackcaps, Tree Sparrows and lots of common garden birds. We heard Golden Oriole, Wood Warbler, Wryneck without actually seeing them but Common Nightingale showed well as did Black Redstart, Jay and eventually we saw two Golden Orioles and a fly over Hawfinch. 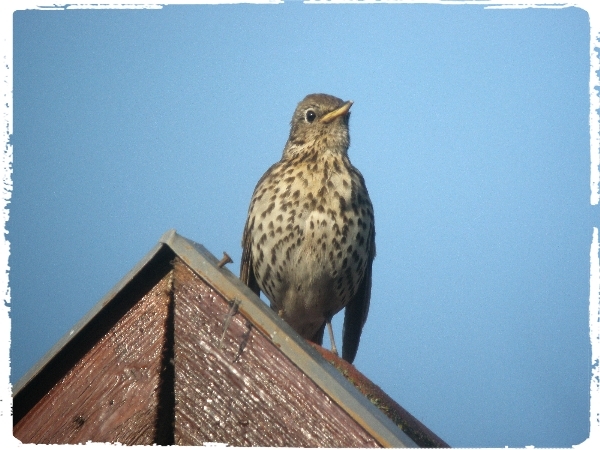 one of several Song Thrushes singing in the neighbourhood 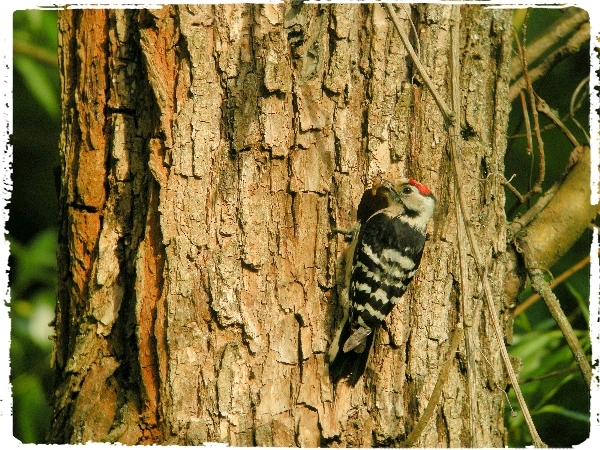 After breakfast we drove for 90 minutes to the eastern side of the Hortobagy to meet up with a local warden who was to guide us for the morning excursion. In the meantime we listed many species as passed through extensive grass meadows where reed-fringed pools and drainage ditches attracted some of the wildfowl we were hoping to see. Over 400 pairs of Marsh Harrier breed there, we must have seen 20 so far today and countless Great White Egret fed in the marshes and countless Red-backed Shrikes sat on the bushes. 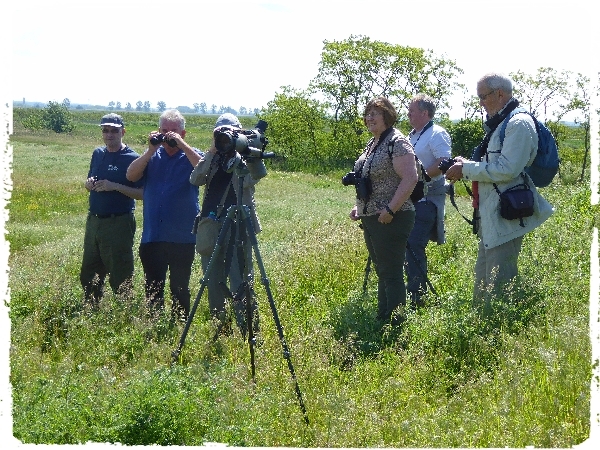 some of the group searching for Great Bustard

Our warden-guide led us to a pair of Great Bustards, they were distant but showed reasonably well, whilst watching the bustards we had great views of Common Cuckoo, Sedge and Great Reed Warblers, Spotted Flycatcher, Red-backed Shrike and a fly-by Hoopoe. 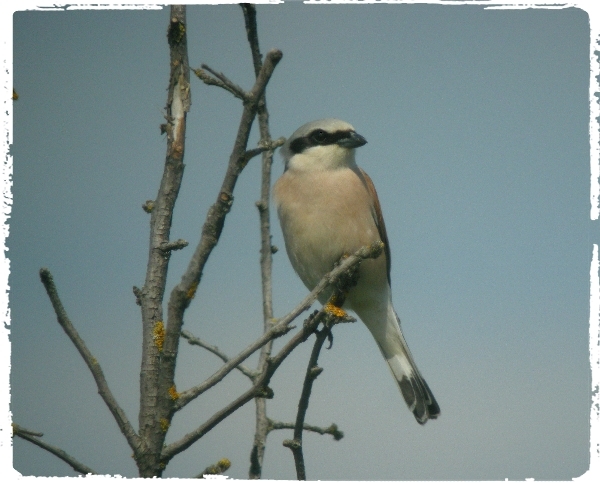 After our session with the warden we ate our picnic lunch and drove to parts of the western Hortobagy where we searched for Bluethroat. This beautiful little gem didn't let us down, we were lucky enough to see a few of them, they were singing and flight-displaying, fantastic. 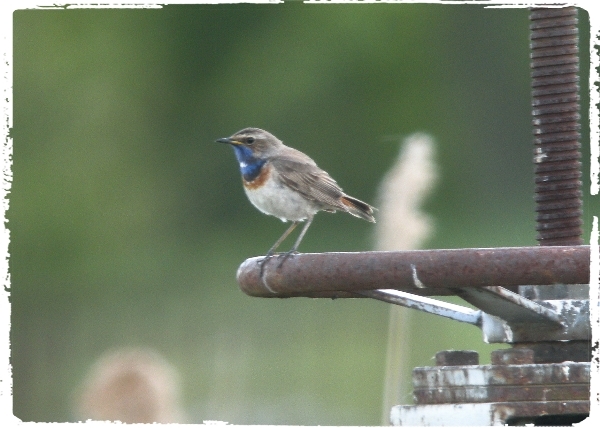 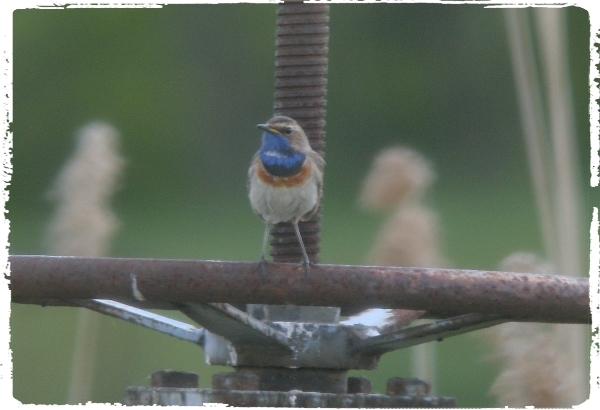 This bird was quite distant and in heat-haze!

We stopped at another place to watch Red-footed Falcons where we also found Common Whitethroat, Lesser Grey Shrike, Hoopoe and a White-tailed Eagle.

Our last stop of the day was on the way home at the Tisza Lake where many terns were feeding over it, we saw Black Terns, Common Terns and Whiskered Terns. We also clocked Night Heron, Grey Heron, Great Reed Warbler, Reed Bunting and we had great sightings of a Savi's Warbler. 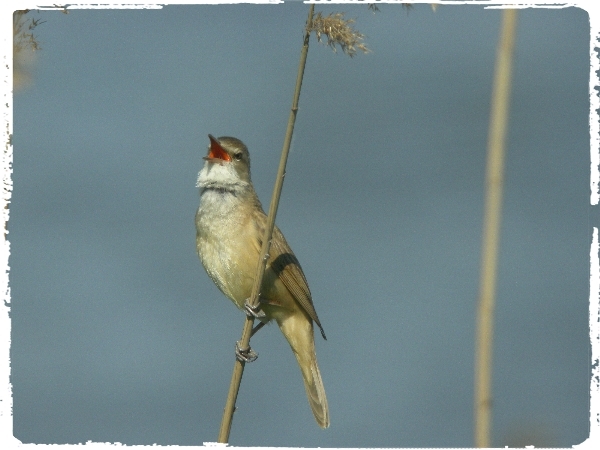 Back at the hotel we had a lovely dinner and a cold beer but still the birding wasn't over! At 8pm we went out into the car park to listen for Scop's Owl, two were calling and after about 20 minutes we saw one fly from a wooded hillside onto the spire of the hotel's ancient chapel, another good sighting in the bag!