BÜKK HILLS NATIONAL PARK -BORSUD-MEZO PLAIN - LOCAL LAKES AND REFUSE TIP! A mixed bag of sites and species today, we had great success with the afternoon target species but dismal results during the early morning outing.........

Our early morning trip began as usual at 6am, it was bright with some cloud which cleared during the morning. We drove for about r0 minutes up into the hills of Bukk National Park. The vast majority of the park comprises of Beech Woodland, hundreds and hundreds of acres of it. Some of it is clasfied as 'Ancient Woodland' and has huge matues trees with lots of fallen, dead trees, this is ideal habitat for the White-backed Woodpecker and the Ural Owl, our main target species. 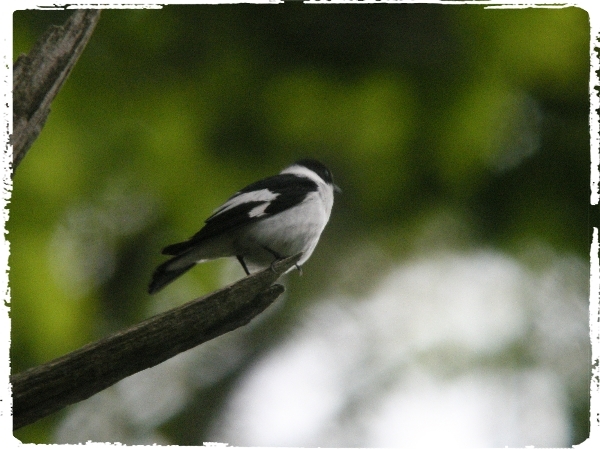 After an hour long search we came up with nothing but Great Spotted Woodpecker, European Robin, Wren and as we got back to the bus we discovered the nest hole of a pair of Collared Flycatchers, we watched them for a while before driving back though the forest to a local park where we spent another 30 minutes watching a variety of species, the best of which was; Hawfinch, Tree Sparrow, Yellowhammer, Black Redstart, Serin and several common woodland birds. 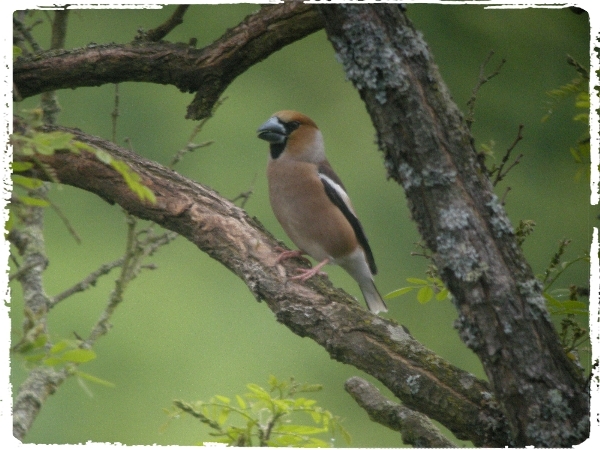 one of the Hawfinches in the park area

After breakfast we drove to the plains near Heves where we spenr the rest of the morning looking specifically for Eastern Imperial Eagle and Saker Falcon, we got both at known nest sites, we kept our distance and scoped both species from afar. Two great raptors in the space of an hour, fantastic. We also saw many other birds out on the plains, hundreds of larks, Stonechats and Whinchats, Northern Wheatear, our first Tawny Pipit, European Roller, Eurasian Hoopoe, Golden Oriole, Red-backed and Lesser Grey Shrikes. Marsh Harriers were sighted every few hundred meters and Great White Egrets covered the grassy plains as they searched for food in the long grass. 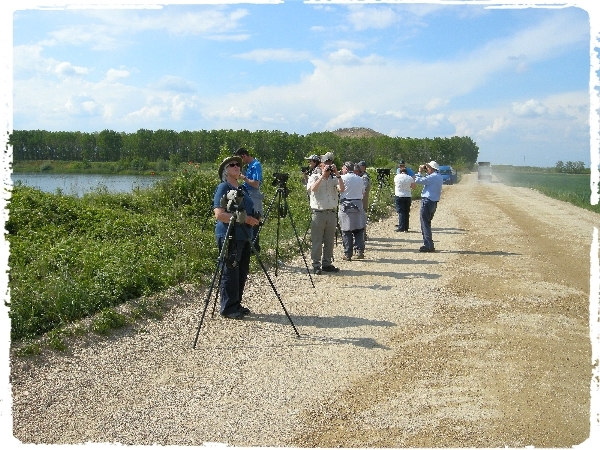 After a picnic lunch break we went to a rubbish tip, well went next door where a lake provides a handy roosting site for hundreds of gulls that use the rubbish tip to forage for food. We found five species of gull, Black-headed, Mediterranean, Yellow-legged, Caspian and the 'fuscus'  Scandinavian race of Lesser Black-backed Gull.

Other birds on and around the water were, Red-crested Pochard, Mallard, Common Coot and lots of Great-crested Grebes. In the reeds we found Great Reed Warbler and Penduline Tit. However, we had a great time watching raptors drifting over us, all eyes were to the skies as we listed a number of raptor species; Lesser Spotted Eagle, a juvenile Imperial Eagle, two Red-footed Falcons, Common Buzzard and Common Kestrel delighted the group. 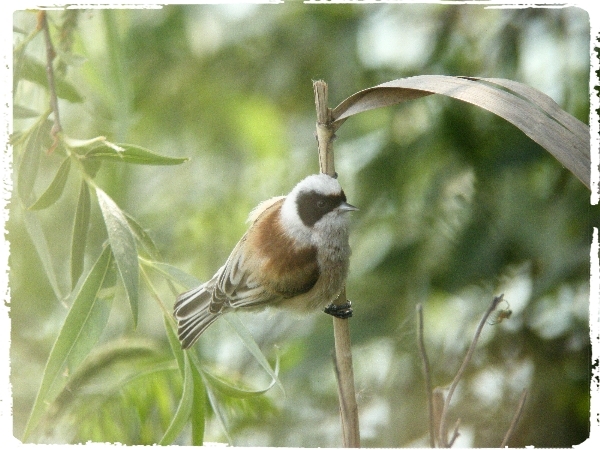 Our last venue for the day was a huge lake, we scanned it from the roadside in superb afternoon light. A small party of Bee-eaters provided some entertainment whilst we scanned the water for ducks and a recently reported Red-throated Diver. We saw lots of Black-headed Gulls, Common Terns, Great-crested Grebes and Penduline Tits but no new species. 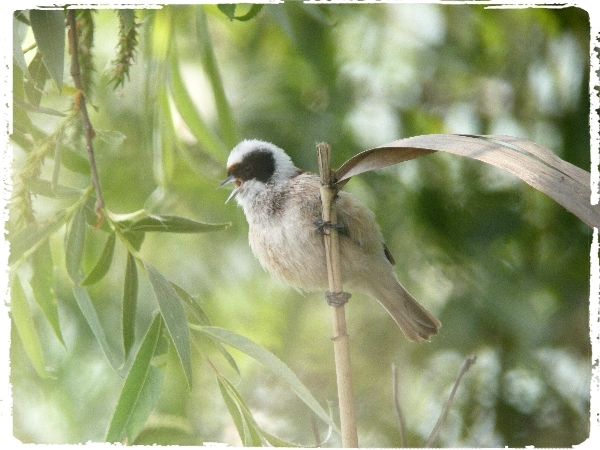