Eger Lake - Local Quarry - Bukk National Park - Local fish ponds Our last full day went off with a fizz rather than a bang, it was dull and overcast with rain to start with but warmed and brightened a little by the afternoon.

Our early morning birding outing was to the local reservoir just outside of Eger, a great place to look for  Locustella and Acrocephalus  ​warblers, our main target was the Marsh Warbler, a species that had so far eluded most of the group.

But before we set off we walked down the lane to view the LESSER SPOTTED WOODPECKER nest once more, the birds showed well, whilst waiting for the woodpecker to show we added Common Chiffchaff to our list and we also saw Syrian Woodpecker.

Despite the inclement weather conditions Common Cuckoos were heard calling all over the marsh and just after leaving the bus we heard Grasshopper Warbler and our target species, the Marsh Warbler. After several attempts and about thirty minutes we all saw Marsh Warbler very well.​ 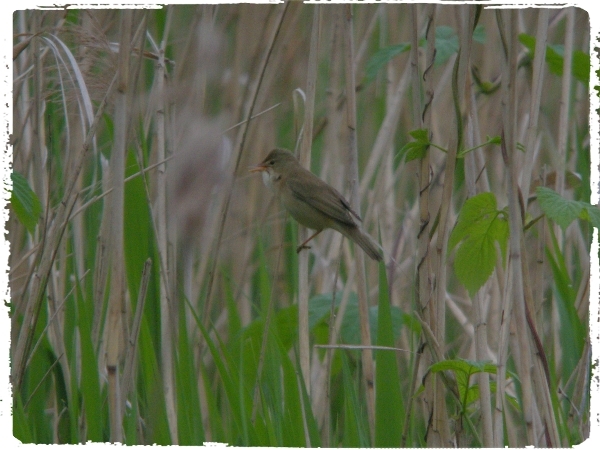 We also had great views of Savi's Warbler and glimpses of Golden Oriole, Reed Bunting, Reed, Sedge and Great Reed Warblers before we returned to the hotel for breakfast.

Our main aim on this last day was to catch up with WHITE-BACKED WOODPECKER and URAL OWL so we headed to the Bükk National Park to search the beech woodland. We stopped at a working quarry along the way to look for a Rock Bunting, the weather was against us, it was raining, it was cold and the birds were not singing. Eventually we caught up with one ROCK BUNTING that had braved the weather and come out to sing. We also saw White Wagtail & Black Redstart and not much else.

We continued up into the beech forest where it became quite dull and cold and over the next couple of hours we walked along tracks and roads to look for woodpeckers and owls. It was both interesting and disappointing, we saw a couple of Great Spotted Woodpeckers, we stopped the bus to look at Fire Salamanders (they often come out in the rain) and we found some interesting orchids. 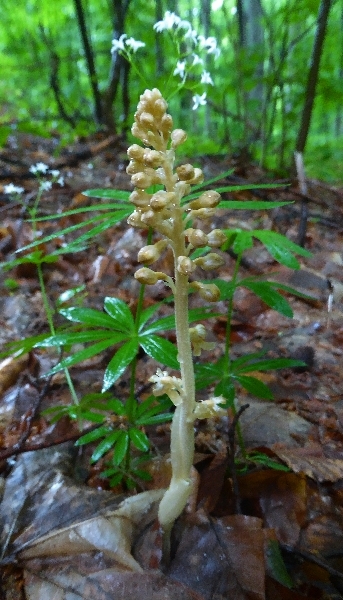 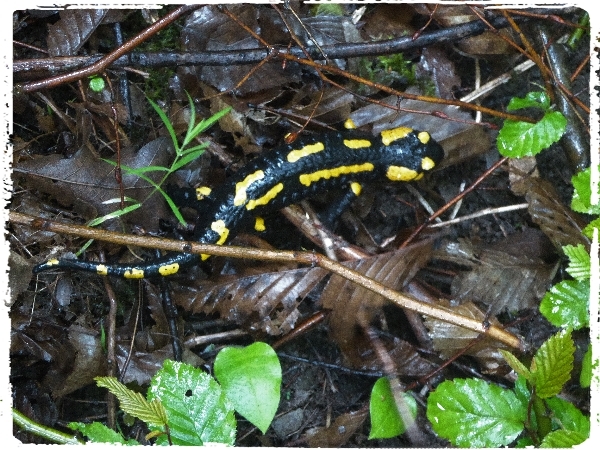 The Fire Salamander - several were seen crossing the road

We did see Collared Flycatcher but not much else so we drove back down from the forest to visit a small park area where a couple of pools were surrounded by mature trees. Again we saw Great Spotted Woodpecker and also Coal Tit, Spotted Flycatcher, Black Redstart and a few common woodland birds.

A short walk near a country hotel was a little better, great views of Collared Flycatcher, Black Redstart and a MIDDLE SPOTTED WOODPECKER, unfortunately only I got good enough views of the latter so it never went on the list. After a short coffee break in the hotel we drove out towards the plains stoppingvat a garage for a late lunch. It 2:30pm by the time we set off to look for birds at a large fishing lake.

Along the road we made an inpromptu stop to watch a very showy Syrian Woodpecker, we had great views of this bird as it collected food in roadside trees. 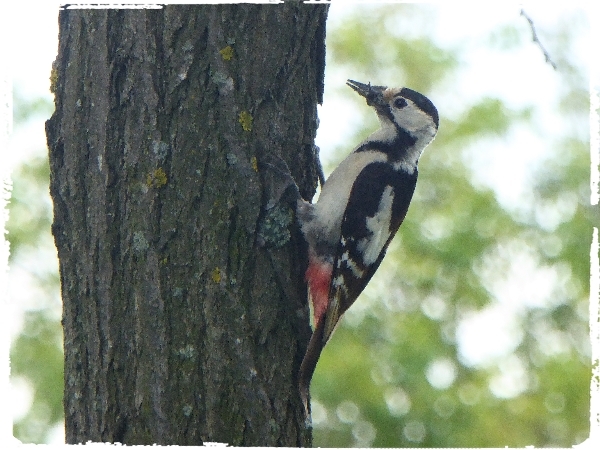 SYRIAN WOODPECKER - see if you can see why it is NOT a Great Spotted Woodpecker? 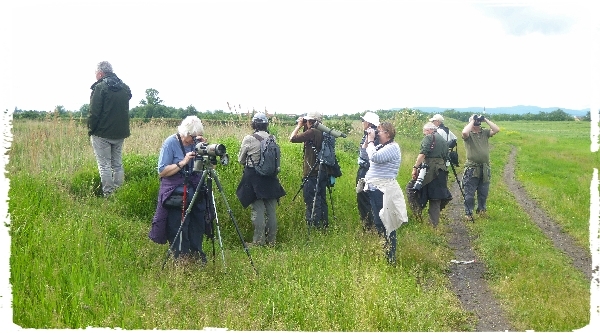 We walked around some reed-beds whilst constantly scanning the lake for Little Bittern and the reeds for Bearded Tit. The weather inproved greatly, it warmed up and stopped raining, the birds relished this and showed their appreciation by coming out to sing in the sunshine.

We had a marvellous time getting great views of a number of species, Golden Orioles were very showy as were Reed and Great Warblers, lots of Common Cuckoos, Reed Bunting, Penduline Tit and our prize bird, the BEARDED TIT. 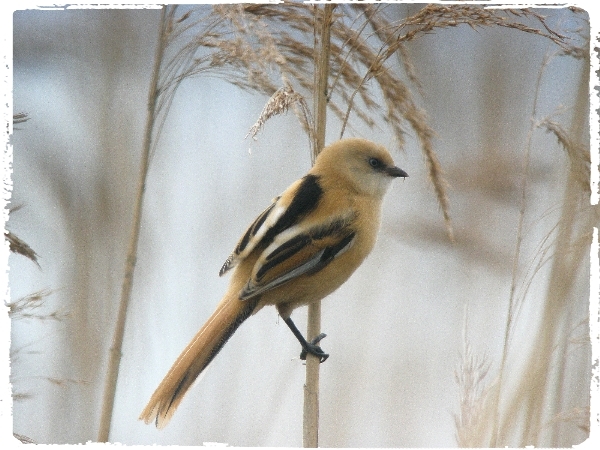 a female BEARDED TIT - we never found a male

We spent a couple of hours at the reed beds and enjoyed our best birding of the day but time flew by and we had to leave, our last full day had produced three new species bringing our total to 142. At 7:30pm we enjoyed a lovely buffet dinner, the hotel was packed full of wedding guests but they were relatively quiet.