At last a sunny day, lovely weather and a beautiful scenic walk around St Martins. After breakfast we walked across to Porthmellon beach for a quick scan, no birds were present because of a couple of dog walkers so we took the trail towards Old Town which passes through a small copes of elm trees called the ‘Dump Clump’. We saw hardly any birds including our target species the Yellow-browed Warbler.

By 10am we were all on the quayside boarding our boat to St Martins a journey which took 30 minutes, it rained just as we boarded the boat, but it was only a quick shower. By the time we landed on St Martins the sky was clear and the sun was shining.

We walked the coastal path round to the highest point from our landing point at Higher Town Quay, we saw a few birds but not many. The cricket pitch held White Wagtails and Meadow Pipits, the shrubs and small bulb fields were full of House Sparrows Starlings, Blackbirds, Song Thrushes and Dunnocks.

We did find a few Common Stonechats and the odd Northern Wheatear before we climbed up to the ‘Daymark’ which is a huge cylindrical marker painted red and white for the use of navigation of ships in the daylight hours. It sits on the cliff edge at the highest point of the island surrounded by a treeless ‘down’ of heather.

We found a DOTTEREL on the heath, a lifer for some and a great bird for our list, there was also a few Northern Wheatears and more Meadow Pipits. Around the cliffs we also found two Snow Buntings, they were quite elusive, but allowed a close approached once found, a beautiful little bird. 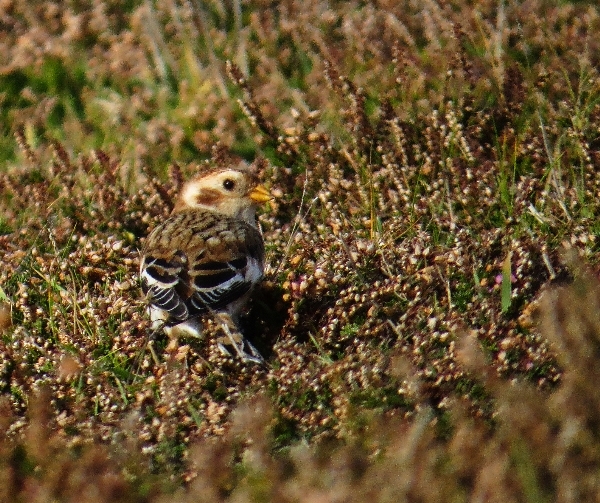 It was now lunch time and no of us had any lunch because it was Sunday and all the shops were closed on St Marys! So we walked to Middle Town via the coastal path, we walked past some stunning white sand coves, the scenery out there was stunning and the light was just fantastic. A brisk North- Easterly wind kept the temperature down.

A Merlin dashed across the heath and was seen by one of the group, both Common Redstart and Willow Warbler were found along the lane to Middle Town. We sat out in lovely sunshine and ate our lunch outside the Seven Stones Pubs, how nice!

Before we knew it, it was time to walk back to the quay to catch the boat back to St Marys, we took a very slow walk back to quay searching for new bird species for our list. At the quay we scanned the long white-sand beach and saw a number of waders. Oystercatcher, Curlew, Ringed Plover and our first Bar-tailed Godwit. 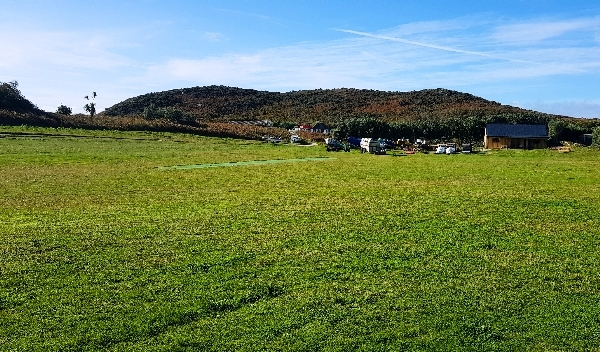 It was nearly 5pm when we got back to the digs, everyone was very tired so it was only two of that ventured out again for a quick sortie to Lower Moors. A very rare YELLOW-BILLED CUCKOO had been seen again today and as it was only a fifteen-minute walk we decided to go for it.

We joined the throngs of ‘twitchers’ standing near the entrance to Lower Moors but we never saw the CUCKOO, typically we should have arrived 5 minutes earlier!! We did see a SPOTTED CRAKE which came so close that you had to step back to photograph it. We left the area around six, it was getting dark and the crowd dispersed. 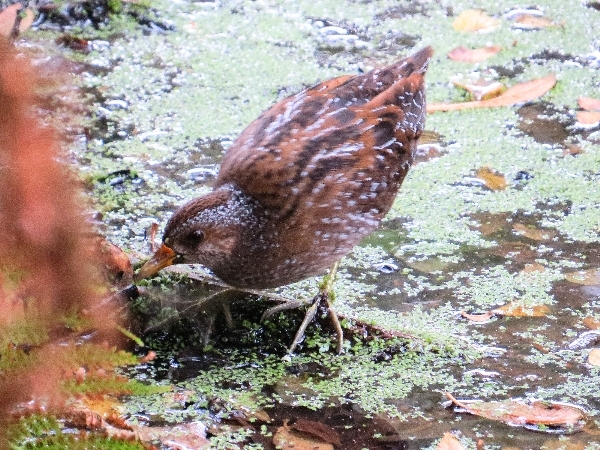 Spotted Crake - another one from Reg Cox

Our last full day was complete as we ate a smashing Sunday roast at the Scillonian Club helped down with a dish of ice-cream and a pint of Skinners Ale.