WEATHER: a lovely morning with high cloud, some sunshine and much less wind. From 2pm it rained lightly and consistently for 3 hours. Temp 11 -16C

A last minute decision was made to take the pelagic trip around the islands as we were told that there wouldn’t another one during our stay. It was a great trip with fairly calm seas and lots of birds to see, the whole of the group loved it, so I was pleased.

We started listing at St Mary’s Harbour with 3 Sandwich Terns and as we set off we saw Oystercatcher in flight and Turnstone on the rocks. Our first new birds came in the shape of geese, there was a group of 6 Pale-bellied Brent Geese sitting on the water about ½ a mile out, we got fairly close to them before they flew off towards Tresco.

some of the group on-board the Sapphire

We sailed past Samson and  a few rocky outcrops and specifically Green Island where a Spoonbill usually roosts, unfortunately today we did not see it. We did find Grey Plover, Curlew, more Oystercatchers, Turnstones and dozens and dozens of European Shags. We sailed close to the shore along a couple of beaches on Tresco looking for more waders and picked out Bar-tailed Godwits and nothing more that was new for our list. Grey Herons and Little Egrets were dotted all over the place with the former being far more common than the latter. Grey Seals bobbed their heads up and down from the surface of the water in many places like discarded buoys.

Once out onto the open ocean we were allowed to discard our face-masks and really enjoy the ocean, the crew started feeding the gulls from the rear of the boat and soon we had an entourage of gulls. Over the next three hours we enjoyed great views of several new species with a relatively calm sea state, we could stand up without being thrown about. 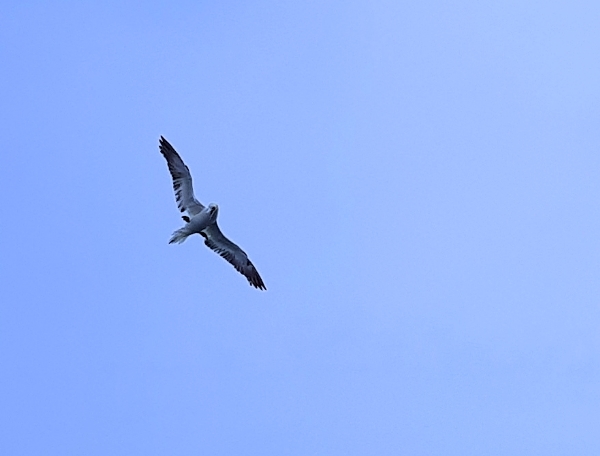 A steady chain of new species arrived behind the boat and we found many sitting on the water, Guillemots were fairly regular sightings and a single Puffin was an excellent find. Large numbers of Gannets were always in view and they were joined by Fulmars, Kittiwakes and all the common species of Gull except for lesser Black-backed Gull. A single juvenile Mediterranean Gull appeared a couple of times before the real goodies started to appear. 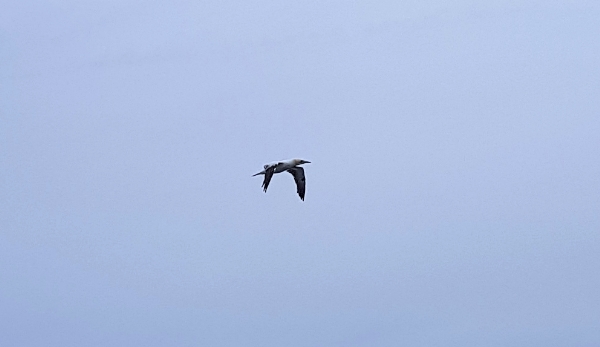 I think there were 5 sightings of European Storm Petrel, we saw three of them, the same happened with Manx Shearwaters, we saw one of the two sightings. However, we did see both of the SOOTY SHEARWATERS that appeared, one of them came very close to the boat as did one of the 4 Great Skuas, that appeared. 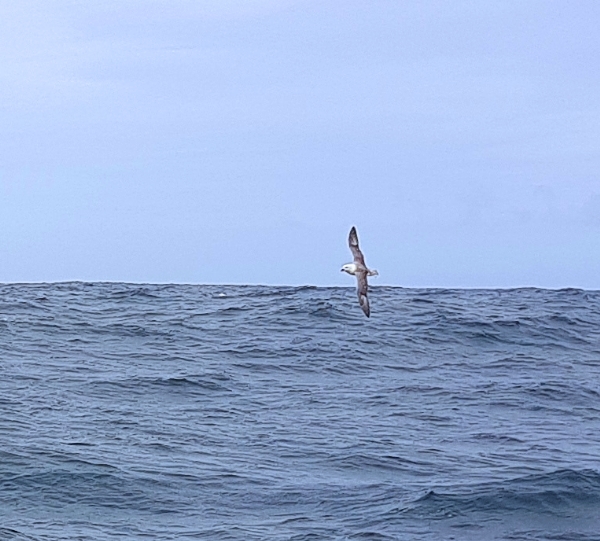 Four hours quickly went by and before we knew it we headed back towards the islands, we added Common Dolphin to the list and some of the group saw a Risso’s Dolphin. As we neared the islands we could see a dark cloud mass over them so we guessed that we were in for a soaking. The last hour was quite miserable with drizzling rain spoiling our birding somewhat. We did pick up two new species on the way back with a single Razorbill and a Great Northern Diver, everyone saw the later.

Once back on terra firma we headed back to the guest to eat our picnic lunch and by 3pm we were back out. During our absence a few goodies had turned up, ARCTIC WARBLER, RED-EYED VIREO and a SWAINSON’S THRUSH, wow!! We had time to look for the Swainson’s Thrush and we were encouraged by a recent relocation of the birds in Old Town.

We marched over the Old town and joined about 20 other birders spread out around a small copse, but after 30 minutes of standing in the rain the bird did not show and most of the groupo were cold and fed up, so we split up. I continued with two of the group and the other four went back to the guest house. 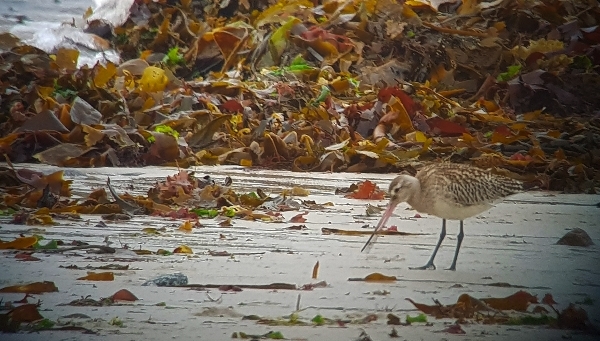 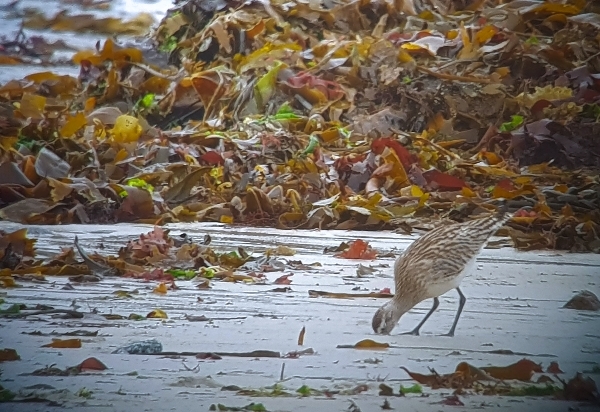 The three of us waited a little while longer before walking along Old Town beach where we saw a Greenshank and then through Lower moors where saw nothing. In fact, the only birds we saw as we walked out to Porthloo Beach and then back to Hugh town were Blue tits, Great Tits, a single Goldcrest and a Moorhen. On the beach at Porthloo we added Bar-tailed Godwit and a White Wagtail.

It had definitely been a day of two halves, lets hope the new arrivals stay until tomorrow at least!!