ALL DAY ON TRESCO WITH VISITS TO: GREAT POOL - CASTLE DOWN -ABBEY POOL - HELIPORT - CARN NEAR

WEATHER: it was much colder today, with a moderate wind and bright spells, a few short showers. Temp 12C

An early boat left St Mary's Quay today with us onboard, the boat was full of hopeful and expectant birders all anticipating a view of the magnificient BLACK-AND-WHITE WARBLER that had been seen by so many yesterday. We saw nothing much on th way over except for sea-spray which soaked a few of us.

From the quay at New Grimsby on Tresco it was a short walk walk to Pool Lane where the American Warbler had been seen yesterday, there was about 45 'birders' on the boat and they all spread out along the Lane, staking out their positions where hopefully the warbler would appear.

the Great pool viewed from the David Hunt hide

We went straight into the Swarovski Hide for a quick scan of the Great Pool where we saw a few new species for the Scilly list, including Gadwall, Common Pochard, Coot and Mute Swan. We also noted Mallard, Grey Heron, Common Snipe, Moorhen, Greenshank and Redshank, the latter was also our first sighting on Scilly.

part of Pool Lane where the 'Warbler' was found yesterday

We then spent some time searching for the Black-and-White Warbler, it was quite sheltered from the wind along the lane and when the sun came out it was quite warm. We found Chiffchaff, Goldcrest and all the common garden birds but there wasn't a sniff of the 'Yankee' Warbler.

Before we left Pool Lane we watched a Sparrowhawk, a Common Kestrel and a Peregrine Falcon, the falcon chased off the Kestrel or tried to catch it. We did see the Peregrine try to catch a Wood Pigeon but it failed to do so.

Next we decided to walk up to Castle Down where an American Golden Plover had been frequenting for the last few days, it was a bit of a hard walk up to the Down with the wind in our faces but it remained sunny. We found the Plover, it was sitting with three Eurasian Golden Plover and showed very well once we got into the correct position. 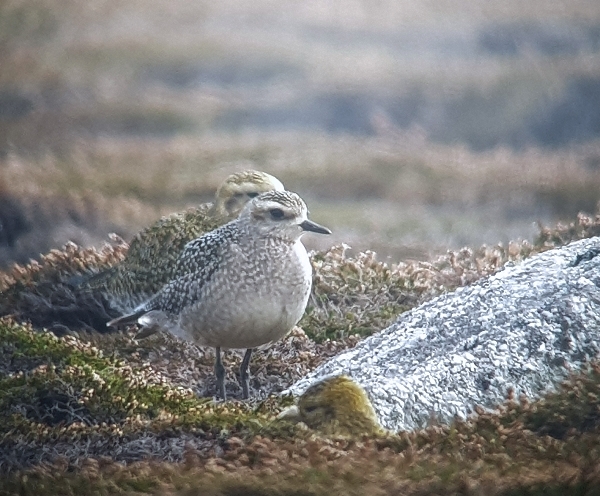 We walked further on the Down looking for a Lapland Bunting wihtout success and later learned that Snow Bunting was also found up there. It was a big area with few birders milling about. The views were magnificient and the scenery just superb, the exquisite light lifted the colours when the sun came out. 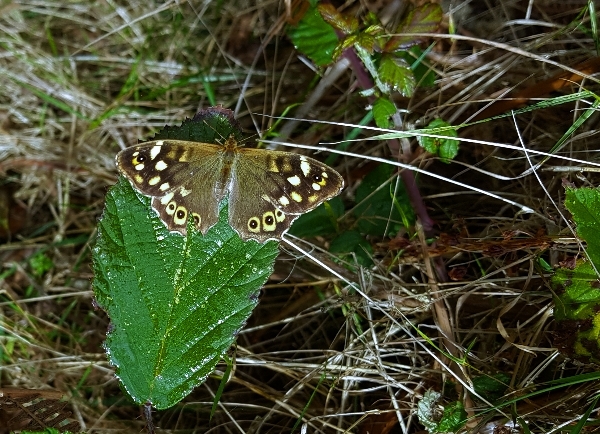 We decided to eat our picnic lunch in the shelter of some rocks whilst enjoying the scenery, during lunch we saw Rock Pipit, Wren, Meadow Pipit, Northern Gannet and a Whimbrel flew along the shore calling loudly. 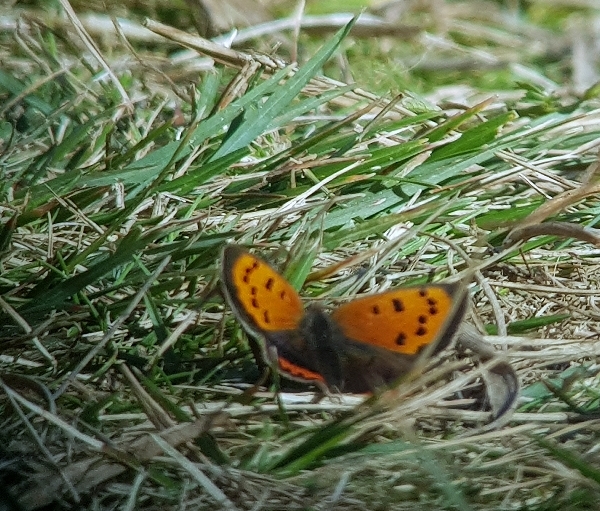 During our return to Pool Lane we noted a few butterflies on the wing, we saw: Speckled Wood, Small Copper, Red Admiral and Large White. Along the lane we also found a Red Squirrel which delighted the group. We sat in the David Hunt Hide hoping for a view of a reported SPOTTED CRAKE but apparently it had not been seen today, we did hear a Water Rail.

Tthe next hour was spent walking slowly back to Carn Near, where a concete jetty was our pick up point, a few of us went over for a quick look at Abbey Pool and the Heliport, niether of which produced anything new.

a view across the Bryher from Castle Down

The jurney back was much smoother, no of us got wet and we did see Sandwich Terns and a couple of Mediterranean Gulls which went onto the day list. It was 4 pm when we got back to the Guest House, most of the group went to their rooms for a rest, we had walked 5 1/2 miles today on hilly ground for the most part. 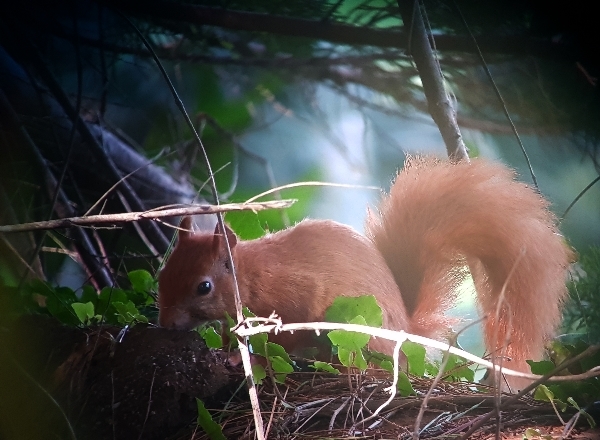 a nice find was this Red Squirrel

Three of us ventured out to a nearby spot but added nothing new to the Scilly List and we quickly returned for a nice hot chocolate drink.