WEATHER:  a bright, cloud-free start to the day with light winds, perfect for the boat crossing to St Mary's. It got cold later and it clouded over. Temp around 18C in sheltered spots.

Three of us took the Scillonian III boat across the islands whilst the other four took a small passenger plane. The crossing by boat was near perfect with very little swell, quite smooth going all the way. 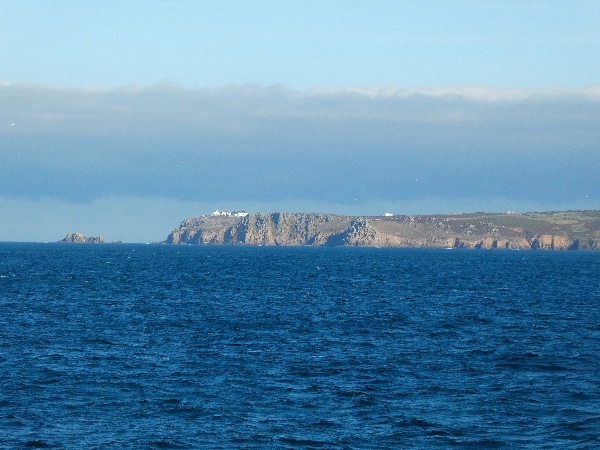 Leaving the mainland behind, a view of Lands End from the boat

From the small dock we noted Raven, Jackdaw, Rock Pipit and Ruddy Turnstone. We listed several bird species during the crossing, with great flocks of Gannet feeding along the Cornish Shoreline. We also noted Manx Shearwater, a single Great Shearwater, lots of Guillemots, Great Black-backed Gulls and a small flock of Meadow Pipits flew over us. 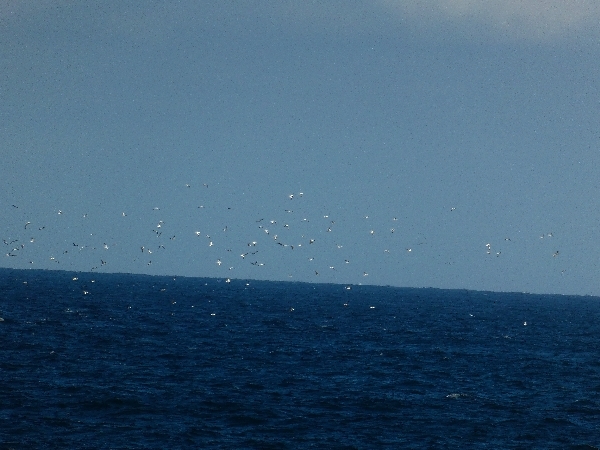 The four other group members flew across to St Mary's, they noted Red-billed Chough near St Just on the mainland and reported very little else.

Once on the islands we walked directly to our guest and after an hour of settling in and assembling the group we set off for our first birding excursion of the tour. At Porthcressa Beach we saw Oystercatcher, European Shag and not a lot else. Our walk took us to Peninnis Point we listed a few common species along the way and one uncommon migrant. 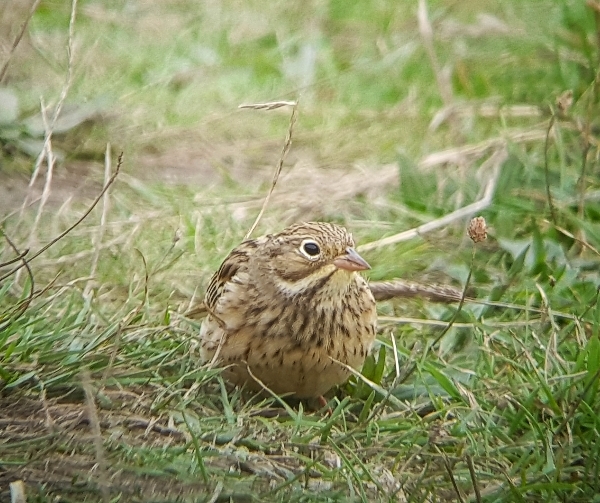 two shots of the ORTOLAN BUNTING 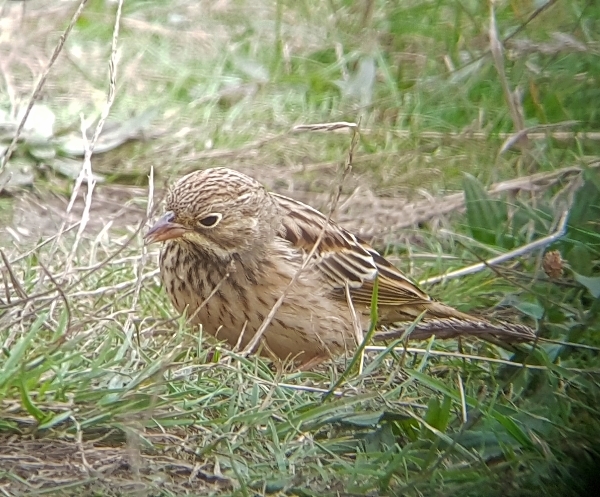 Song Thrush, Goldfinch, Linnet, Northern Wheatear, Common Starling, Common Stonechat and Wood Pigeon were the common species whilst an ORTOLAN BUNTING was the uncommon one.We all had great views of the latter.

Walking round Peninnis Head we found ourselves at Hugh Town Beach, in the scrub there we found Blackcap and a suspected Common Chiffchaff before scanning the beach. The beach provided Black-headed Gull and more Oystercatchers and nothing else. 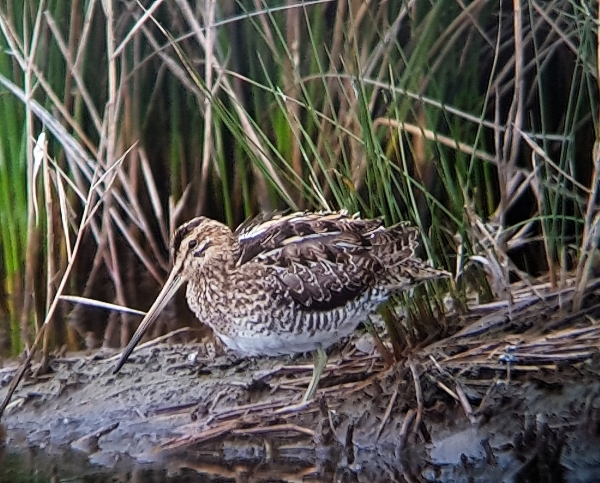 We then sat in the hide at Lower Moors where we watched Common Snipe, Common Moorhen and Mallards. For our last excursion we walked up to the Airport and scanned the grassy slopes for a TAWNY PIPIT which had been reported earlier. The grassy fields were covered in Meadow Pipits, Northern Wheatears, Goldfinches and Linnets, we eventually got onto the TAWNY PIPIT after about 20 minutes of searching. 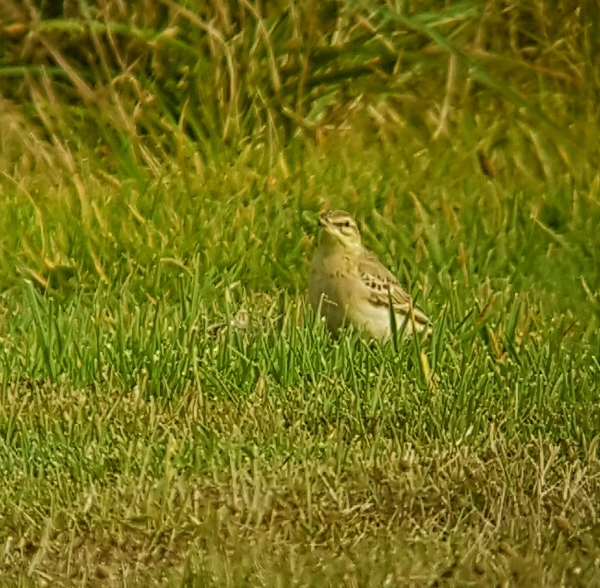 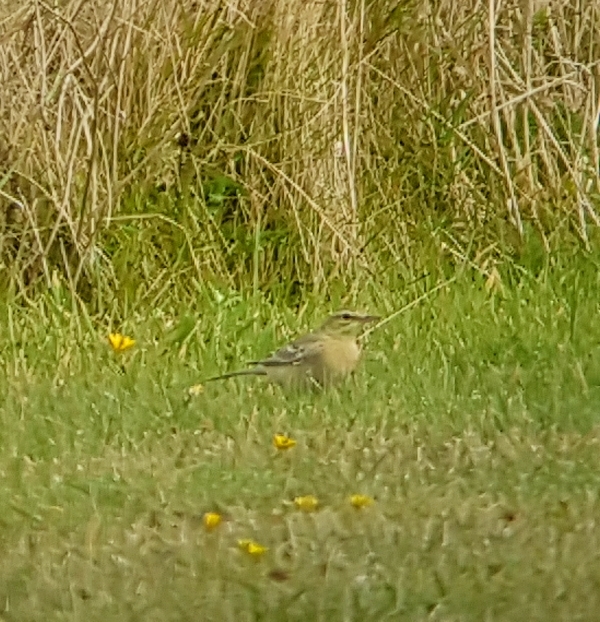 Back at the digs at 5:30p we showered and got ready for an early dinner, they serve at 6:30pm!! It was delcious meal of local produce, we had Plaice today. We called the log and after a nice decaf. coffee we all dispersed to our rooms for the night.