Thnigs are hotting up out here as far as bird sightings are concerned, many more reports have been flooding in. We were due to take a boat across to St Agnes but we had to cancel because of me!!  For the last 4 days I have had a toothache and today it began to over power the pain killers so I had to get something done at the Dental Surgery. This meant that we had to abandon our boat trip and take a walk up to the Garrison. 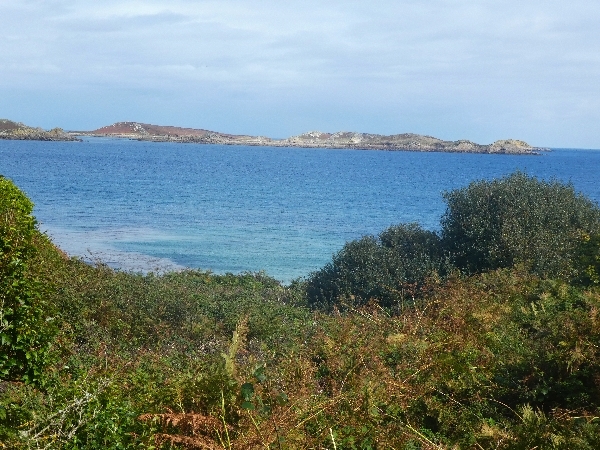 a view from the Garrison

I left the group to their own devices at 10:30 and we met up again at the Guest House at 1pm. We saw several species up on the Garrison, but nothing to write home about. Stonechat, Whinchat, Blackcap, Raven and a bunch of Goldcrests were the main sightings.

I was sorted out at the dentist and was ready to go at 1pm. We all had a picnic lunch which was eaten before we set off. We passed Porth Mellon and then Porthloo beaches where a good number of birds were on show. Oystercatchers, Dunlin, Greater Ringed Plovers, Grey Plover, Ruddy Turnstone, Eurasian Curlew and the lone Bar-tailed Godwit that has been hanging around for the last couple of weeks. 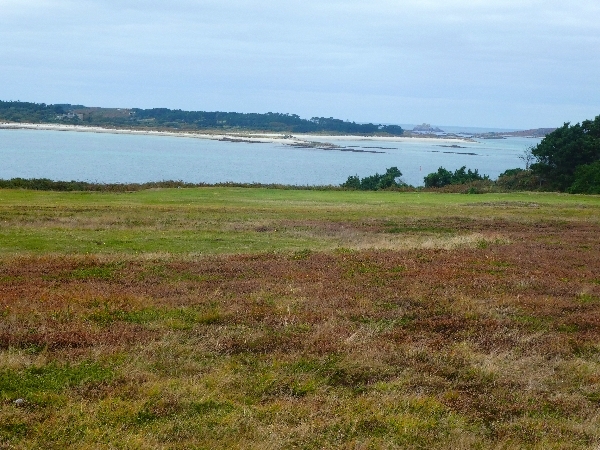 A view across to Tresco Beaches from the Golf Course

We climbed up to the Golf Course and spent about 30 minutes looking for a LAPLAND BUNTING, having scoured the fairways finding, Northern Wheatear, Goldfinches and Linnets we found the bunting almost under feet. It was Tom who saw it first when he nearly put his tripod on it! 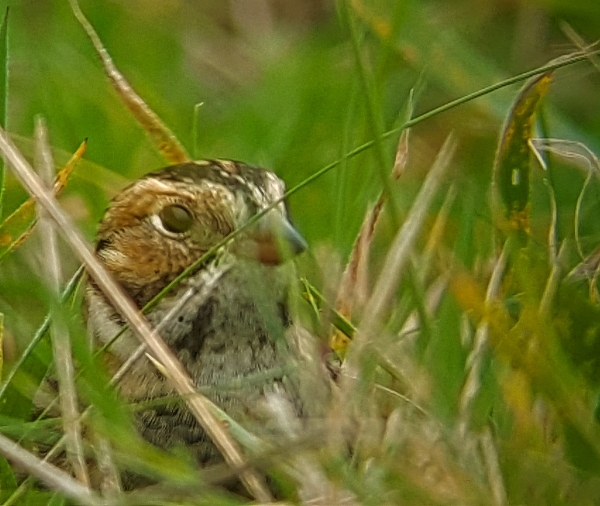 two shots of the Lapland Bunting, mine above and Mike Taylor's below 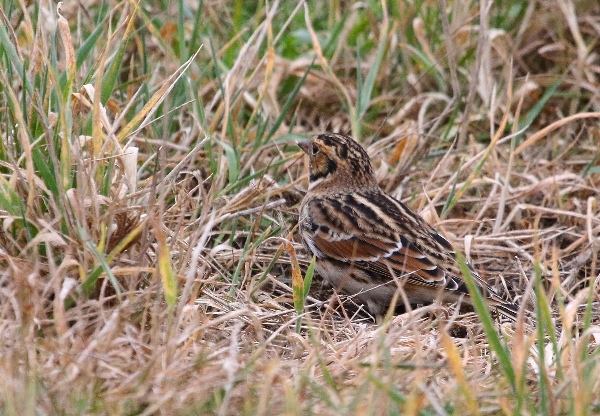 From the Golf Course we worked our way past Telegraph and onto the Strudel Cafe, I can't beleive the group were eating ice-cream and strudel for the second day running. I refrained of course.  We saw Common Kestrel and a Common Snipe fly over us at the cafe. 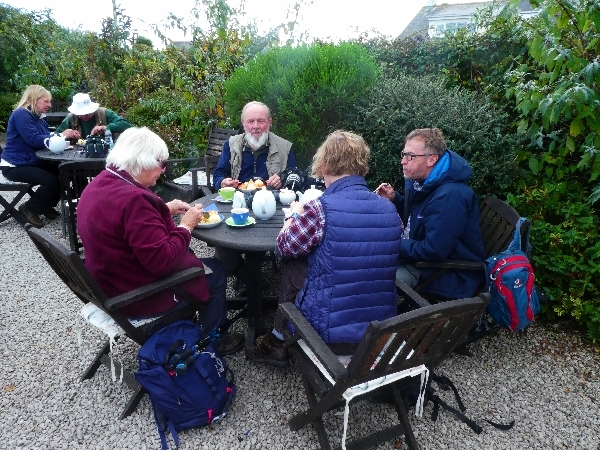 my group of six enjoying the Apple Strudel once again

We spent nearly an hour looking for a Firecrest at Carrig Dhu botanical gardens ,we found Goldcrests but not the Firecrest, but it was very pleasant walking around a magnificent array of trees and shrubs from all over the world. 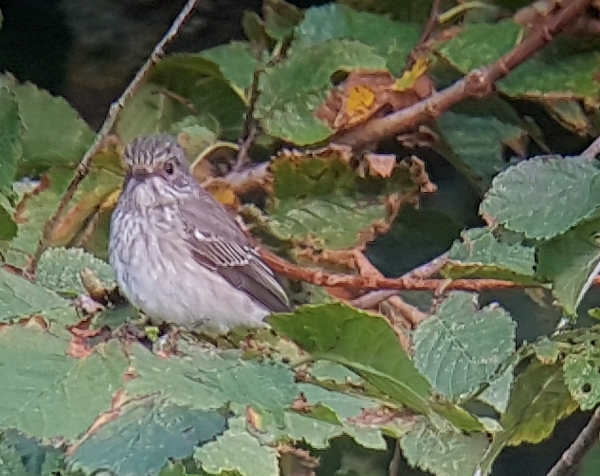 We spent the last hour or so walking through Lower Moors to Old Town beach and then to the Old Town Churchyard. Several migrant species had been seen recently, we found 3 Spotted Flycatchers and a single Blackcap.

Tomorrow we are heading to St Agnes, lets hope a few migrant birds turn up there.