WEATHER: hot and sunny all day, with a light breeze. Top temp 27C

Well what a day we had today, we went out with a bang!!! Lots of new birds and some fascinating scenery as we visited a few new sites. It was a great way to finish a superb birding week in Northern Greece.

The pre-breakfast birding was split three ways: four of the photographers went with Dancho on a mini-cruise on the Lake from 6am – to 8am. Mervyn and Leesa (spelt correctly) stayed and birded the lane and grounds around the hotel and I took the remaining people to the river mouth of the Strymonas. 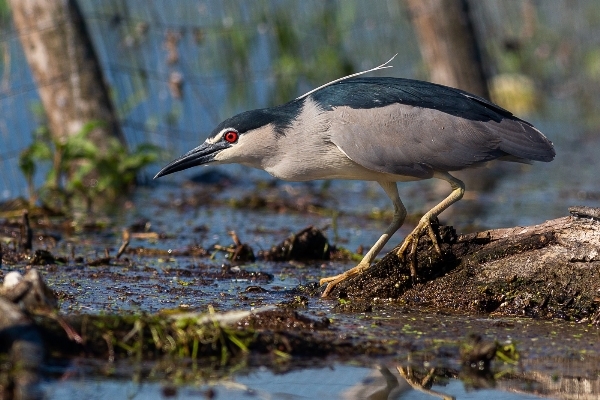 We all recorded new birds for the trip which went onto the master list. The Photographers added Northern Lapwing and also saw the first and only Greater Flamingo on the lake. They also saw all the usual terns, pelicans, herons, egrets, ducks, geese and cormorants. 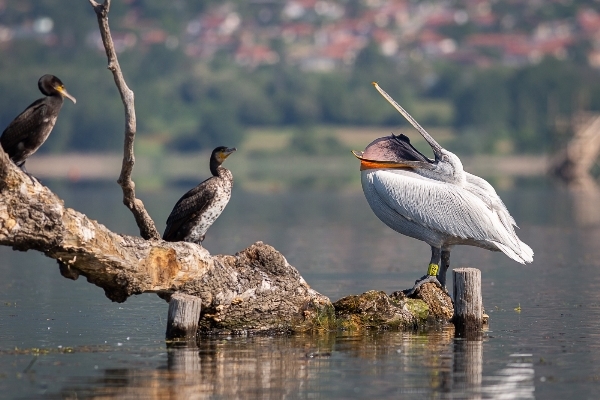 another great shot by Iordan Hristov (Dancho) of a Dalmatian Pelican demonstrating that it has a big mouth, I don't think that the Great Cormorants are that too impressed!

Merv and Leesa found our only Sardinian Warblers of the trip and also saw Common Whitethroat, Eastern Olivaceous Warbler and a few other common species.

My group made a brief stop at the Marshes just south of Veronia and saw the Grey-headed Woodpecker, we also made a walk searching for crakes but failed to find any. We then made brief visit to the bridge over the River Mouth of the Strymonas and found quite a few species there. Red-footed Falcon was new for the trip, we also saw Little Ringed Plover, Little Stint, Bee-eaters, Hoopoes, red-backed Shrike, Eurasian Spoonbill and many common species.

After a late breakfast the whole group left the hotel for the southern shore of the lake, but first we made stops to relocate the Sardinian Warbler and the Red-footed Falcon. We were successful on both counts! At the Sardinian Warbler site we saw a Lesser Spotted Eagle fly over us and a few minutes later it came back carrying a Green Lizard, some of the group added the Lizard to their lists as it was still alive and moving! 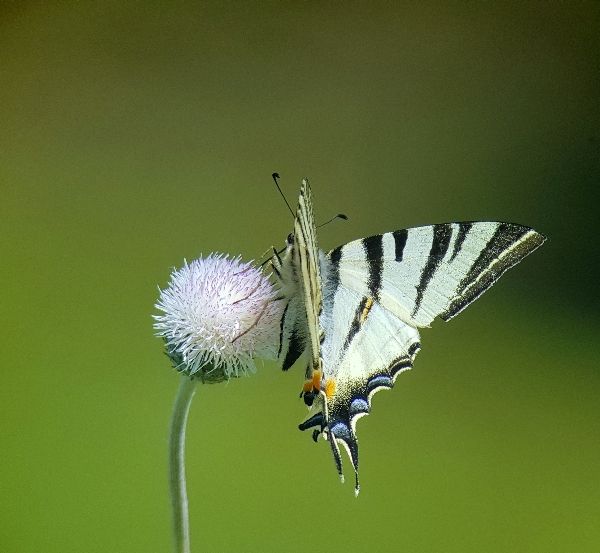 Fortunately the male Red-footed Falcon was still present at the River and everyone now had a view of it in the scoped as it perched on a telegraph pole.

So, off we went to our scheduled sites to complete our day’s itinerary, our first stop was near the southern shore at a large line of poplar trees. We stopped on the side of the road and view a colony of Eurasian Spoonbills. Also with them was quite a few Night Herons, some Grey Herons and Little Egrets. The absence of Cattle Egrets during the entire trip was remarked upon several times during the trip, this species has not colonized the area as of yet, only a few individuals turn up each spring at the moment. 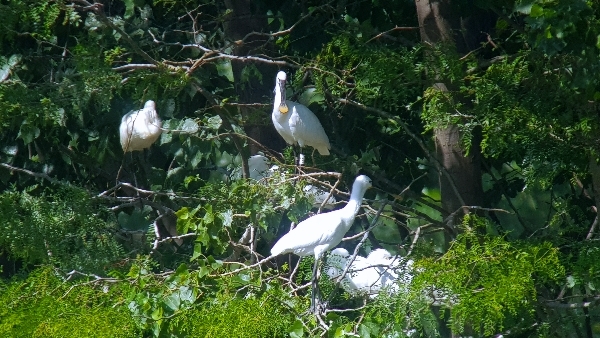 a record shot of part of the Spoonbill colony

At a large sluice gate near the dam at Lithotopos we searched for Penduline Tit and found a pair making a nest, quite high up in a willow tree over a stream. We spent quite a long time locating the nest and never had the best views as the birds visited to add more material. They did fly out once or twice and landed briefly in full view. 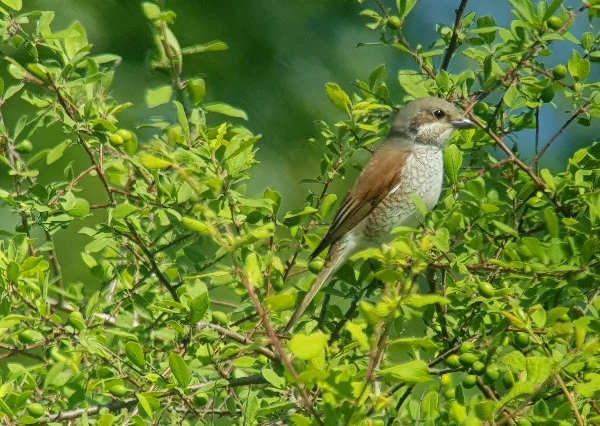 For the rest of day we drove to the town of Sidirokastro and visited the Castle, a disused quarry, a waterfall and a raptor view-point. We negotiated the narrow streets of the town after finding the main road blocked by a Market, a short stop for coffee and picnic supplies was made when we eventually found a parking space. We added Greenfinch and Goldfinch during the lunch stop. 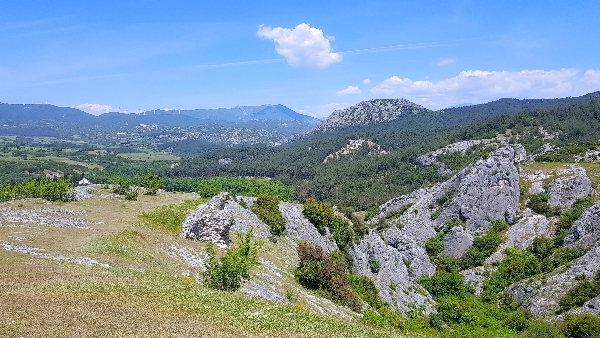 a couple of views from the Castle Grounds at Sidirokastro 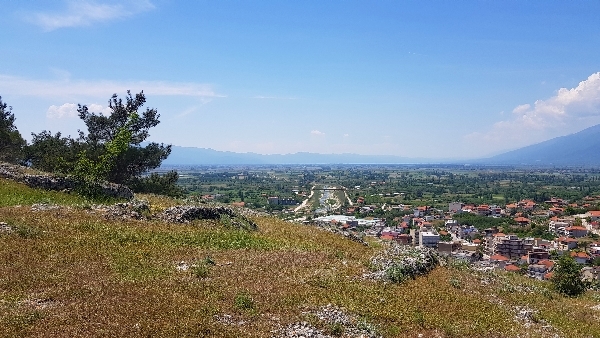 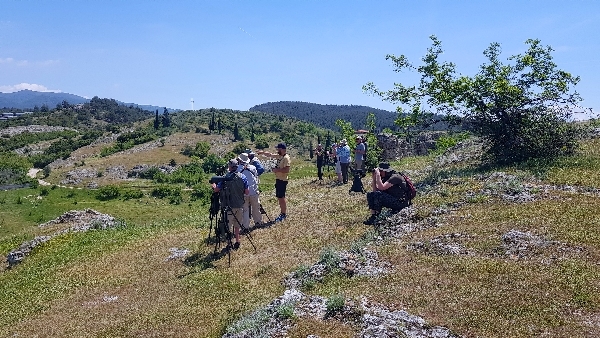 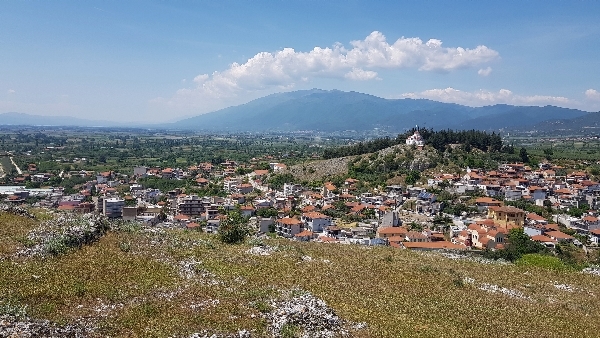 looking from the Castle over the town of Sidirokastro

At the Castle we enjoyed the commanding views back towards Lake Kerkini and also across to the mountains. The views were stunning in all directions. We saw a few species of birds on the rocks nearby such as Blue Rock Thrush, Black-eared Wheatear and also Eastern Olivaceous Warbler, Chaffinch, Greenfinch, Goldfinch and Cirl Bunting. 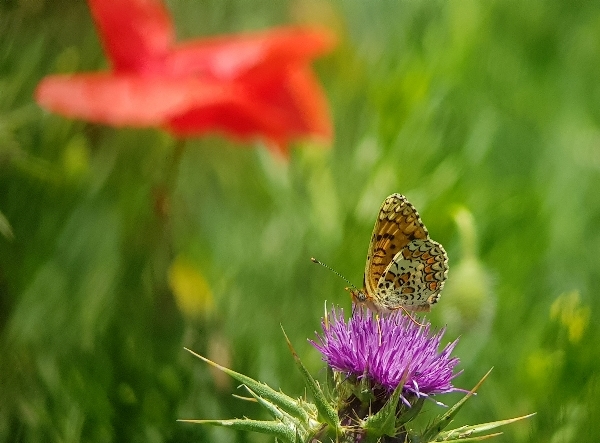 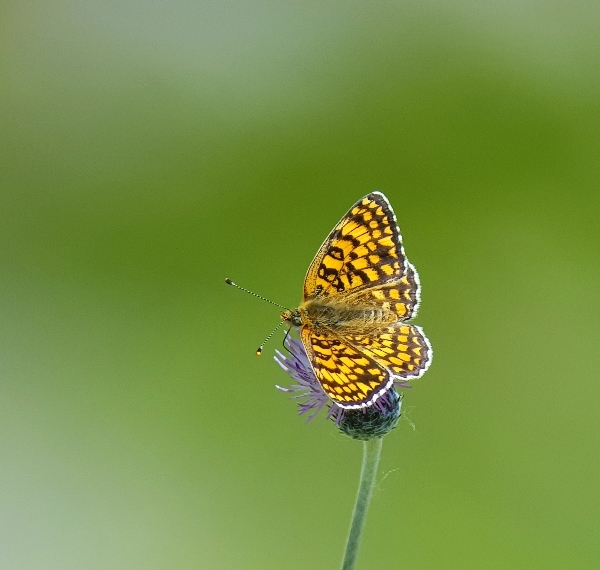 Plenty of butterflies were on the wing, we managed to catch up with a few of them: Scarce Swallowtail, Queen Of Spain, Cardinal & Lesser Spotted Fritillaries, Small Heath, Brimstone, a few Blues’ and we also saw a Hummingbird Hawk Moth. 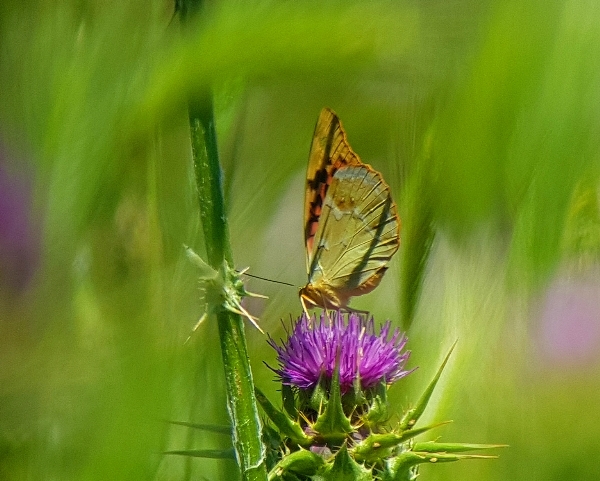 We walked up an incline during the hottest part of the day to get to the disused Limestone Quarry, but it was worth it! We found our target species, including an active nest site, of the Western Rock Nuthatch and once again we listed Blue Rock Thrush, Eastern Black-eared Wheatear, Crag Martin and some of the group heard an Ortolan Bunting.

A couple of lovely Orchids were found along the side of the track, we identified them as Woodcock Orchid and Mammose Orchid. 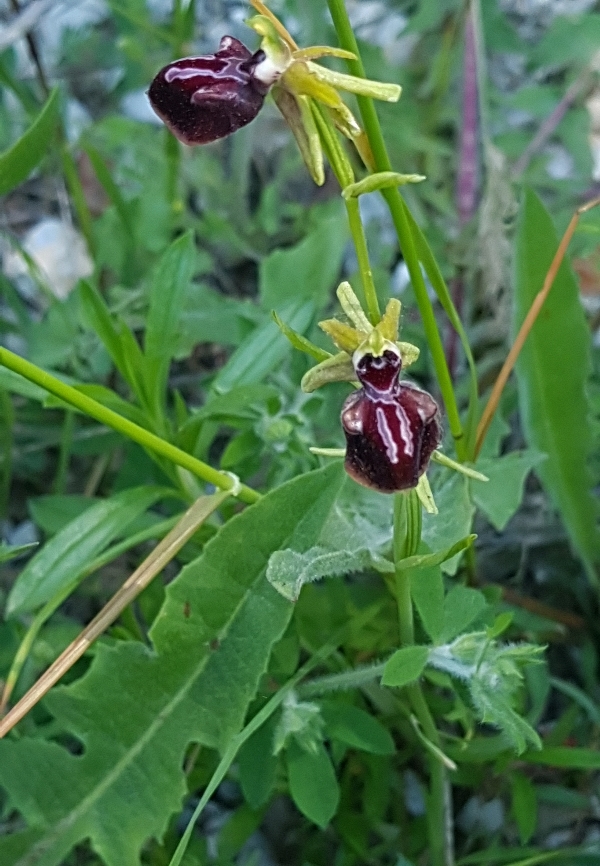 From the quarry we walked down into the pine woods and welcomed the shade of the trees. It was a lovely walk down to a couple of man-made waterfalls where we found White-throated Dipper, an unexpected bonus for the trip. A pair of Masked Shrikes showed well too and some of group heard Hawfinches ‘ticking’ in the tree tops. 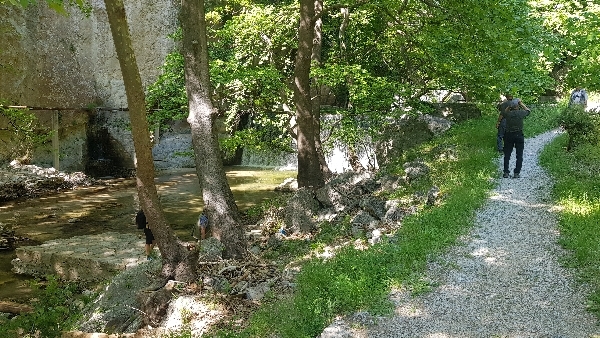 Our very last hour of birding of the tour was spent at a sheltered seating area which in the past has proved to be a great site from where to watch Alpine Swifts and some raptor species. Almost immediately we found both Common and Alpine Swifts, they were very high up but easily recognisable and then Dancho called out a Long-legged Buzzard and we saw Short-toed Eagle, Common Buzzard and a few more butterfly species. 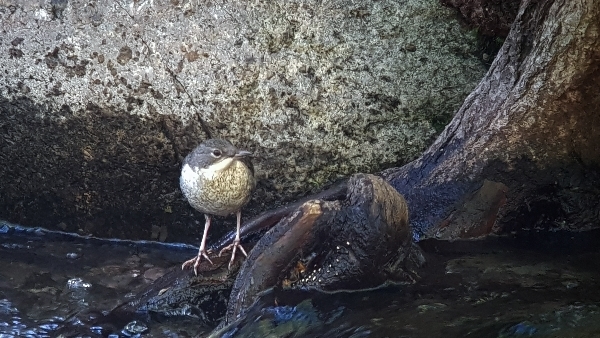 Well that was it, the birding was over we added 7 new species to the list, giving us 177 for the trip, an excellent record and testament to the birding finding skills of the group and of course Dancho our leader.

We returned to the hotel to get ready for dinner which was a raucous and rowdy affair, especially as a bottle of Ouzo appeared on the table courtesy of Mike Hails. A vote for the bird of the trip turned into bedlam, but I think Lesser Spotted Woodpecker came out on top. I think everyone was in bed by 10:30pm we have yet another early start tomorrow.