What a contrast to yesterday’s rainy start, we had a clear bright morning which developed into a lovely sunny day with very little wind. Our pre-breakfast jaunt down to the Jetty at Mandraki produced a good number of nice sightings and we heard a Savi’s Warbler calling and at least one of the group had a glimpse of it. We saw all the usual waterfowl, herons and egret, pelicans (White and Dalmatian),  as well as Sedge and Great Reed Warblers. The lake and the surrounding landscapes looked stunning in the morning light. 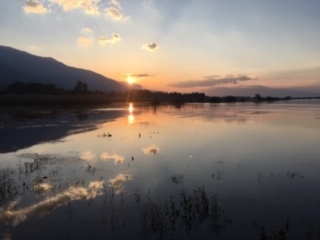 morning has broken at Kerkini by Mike Taylor

We spent the whole morning walking along a track that led us to a large open quarry, we walked past disused gravel pits, reedbeds, open scrub and olive groves. It was a fabulous walk, we saw many species and once it warmed up we amassed a butterfly list too. 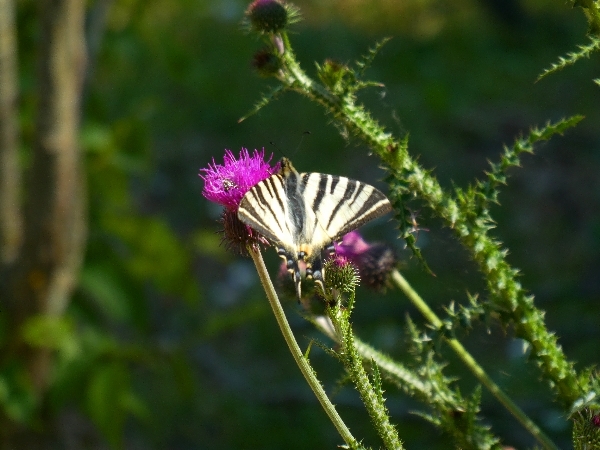 Our main target species were warblers but birds of prey featured heavily in our morning sightings, we added Booted Eagle to the list and we also saw Short-tod Eagle, Honey Buzzard, Lesser Spotted Eagle, Common Buzzard and Marsh Harrier. In the scrub we saw Red-backed and Woodchat Shrikes, Olivaceous  and Subalpine Warblers, Common Whitethroat and a few Goldfinches and Greenficnhes. 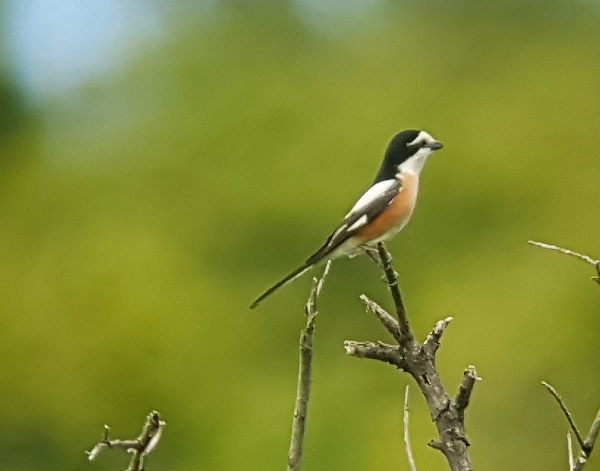 At the quarry we searched the rock face for Eagle Owl without success but we did find Black-eared Wheatear, Masked Shrike and in the trees along a nearby stream we found Spotted Flycatcher and we heard both Wood Warbler and Marsh Warbler. 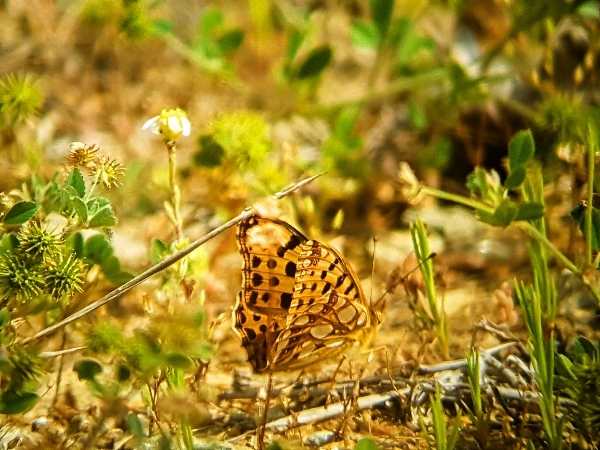 By the time we set off back towards the bus it was very warm and many butterflies were on the wing, sightings included Southern White Admiral, Queen of Spain Fritillary, Lesser Spotted Fritillary and Knapweed Fritillary, also Black-veined White, Small Heath, Brown Argus and few others were added to the list. Half way back to the bus we heard an Olive Tree Warbler singing from an olive grove and before long we all had good views of one. A pair of Masked Shrikes also showed very well in the olive trees. 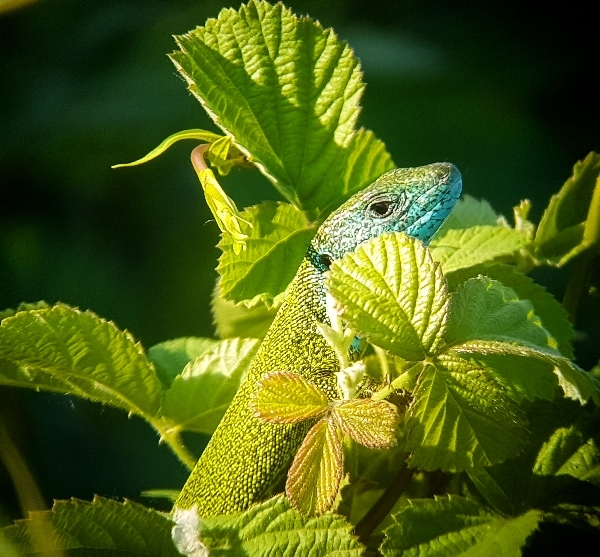 After stopping in the town of Himaros to buy lunch we drove to the dam at the southern tip of the lake and ate our picnic. From our picnic benches we watched many species on or over the lake, we had great views of Hobby, Levants Sparrowhawk, more Lesser Spotted eagles and a Booted Eagle.

As we worked our way north along the shore of the lake we stopped several times to scan reedbeds and open water hoping for new species. A walk into the Mavrouni Hills produced very few birds, I can recall seeing Cirl Bunting, Subalpine Warbler and the very common Olivaceous Warbler and not much else. Two or three of the group saw a European Roller in flight and we had great views of a small number of raptors. A few more butterflies were added to the list, Green Hairstreak, Dingy Skipper, Nettle Tree Butterfly and Scarce Swallowtail. 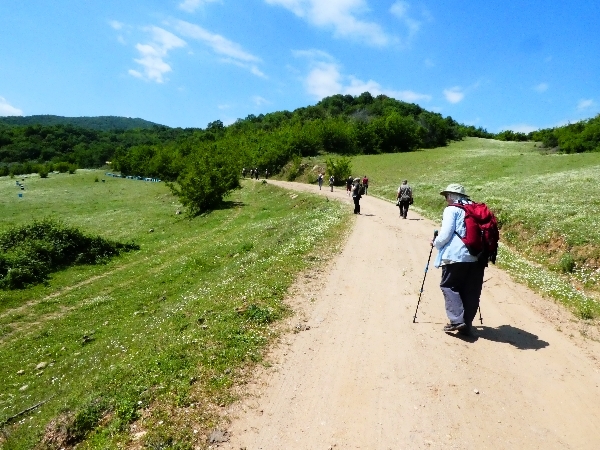 We spent the rest of the afternoon visiting inlets and quays along the lake shore, we added Wood Sandpiper to our trip list and saw several Little Bitterns at one spot, lots of Great Reed Warblers, Sedge Warbler and Yellow Wagtails, both feldegg and flava  subspecies. A couple fo Penduline Tit sightings were appreciated by the group but we all really enjoyed the shear number of birds out on the lake, it had been another great day out. 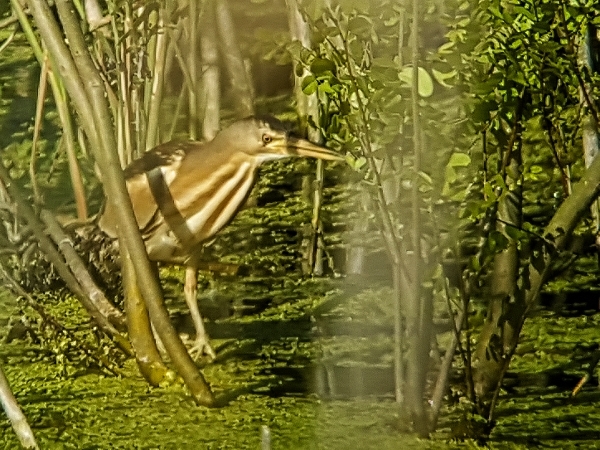 one of the four Little Bitterns seen this afternoon