just a quick word about Lesvos and its 'human migrants' - there are not hoards of migrant people roaming around the streets, noether are there vast refugee camps or a massive rise in crime. A transition camp does exsist on the East Coast just above Mytiline but other than that the island remians undisturbed, the birding is just as fantastic and all the sites are just as good.

However, because of the 'migrant' situation not many visiting birders have turned up this year, it is like a 'ghost island'. We went to Metochi Lake first thing today and usually there are hoards of birders cramming around the edge of the pool, but today we stayed for an hour and we were completely alone! The water surface was like glass not a whiff of air stirred it, the surrounding shrubs and reeds were alive with bird song, a cacophony of melodic tunes heralding the arrival of another  beautiful spring morning, ah, isn't it great to be alive at times like these? 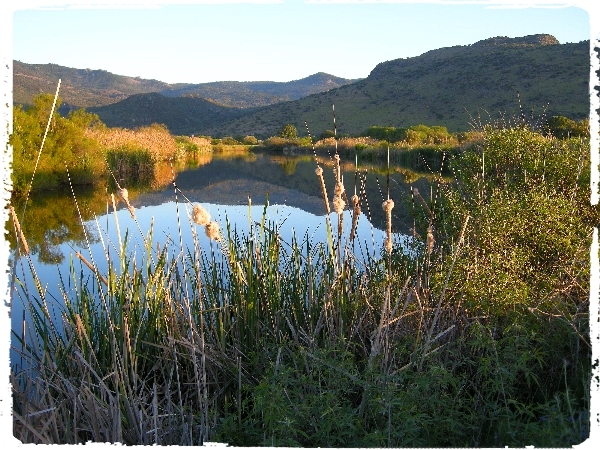 Not too many birds turned up, we saw 1 Little Crake, 1 Little Bittern, Reed, Great Reed and Sedge Warblers, Little Grebe, Moorhens and Coots. Lots of Common Swifts flew over with Barn Swallows and House Martins. From the lake we drove around the dirt tracks to a rocky hillside where we found Rock Nuthatch we also saw both Woodchat and Red-backed Shrikes. 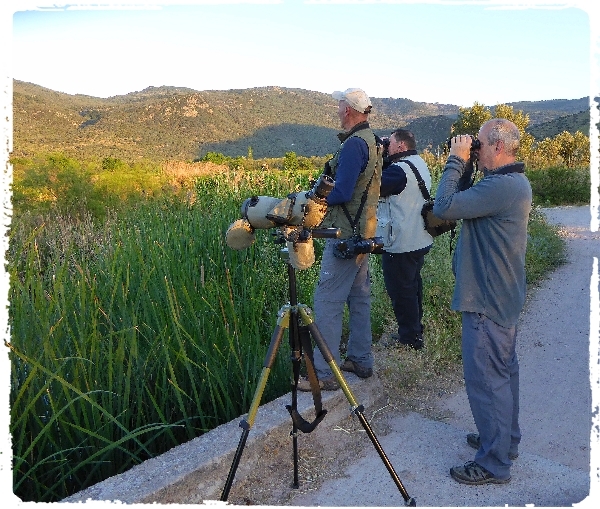 the 'boys' at play

For our first morning excursion we set off for Petra Reservoir stoppingboncw along rhe way to look for Scop's Owl just outside of Kalloni. We got great views of one owl and a pair of Middle Spotted Woodpeckers.

At the reservoir we enjoyed a good selection of species, including Subalpine Warbler, Orphean Warbler, Cirl Bunting, Long-legged Buzzard, Squacco Heron, Ruddy Shelduck and many more. Our main target species was the Great-spotted Cuckoo which failed to show. We then drove back towards Petra where we stopped to look for Ruppell's Warbler at a well known site. It took a while but rhe bird eventually showed very well. We also found Subalpine Warbler, Black-eared Wheatear, Common Raven, Turtle Dove and more Orphean Warblers. 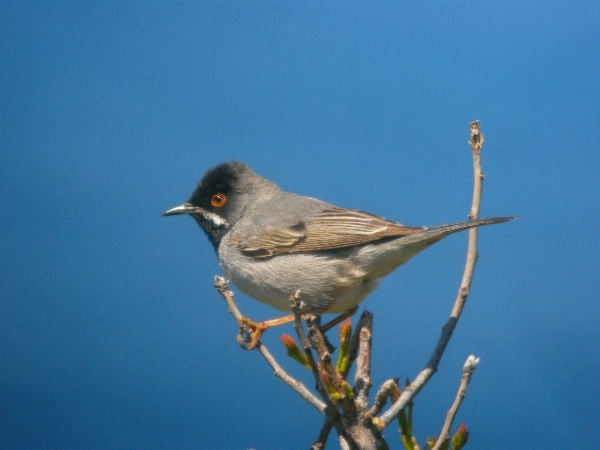 Ruppell's Warbler at Kavaki near Petra

We ate lunch at rhe Ruppell's Warbler site and began our afternoon birding by deiving back to Kalloni, where we stopped at rhe rapore watch point foe a quick visit. Just as we arrived a Sparrowhawk circled over us, it was a juvenile Levant's Sparrowhawk, what a great sighting. We went on to record Short-toed Eagle, Common and Long-legged Buzzards. In the scrub we listed Cirl Bunting, Orphean Warbler, Black-eared Wheatear and a Cretzschmar's Bunting. 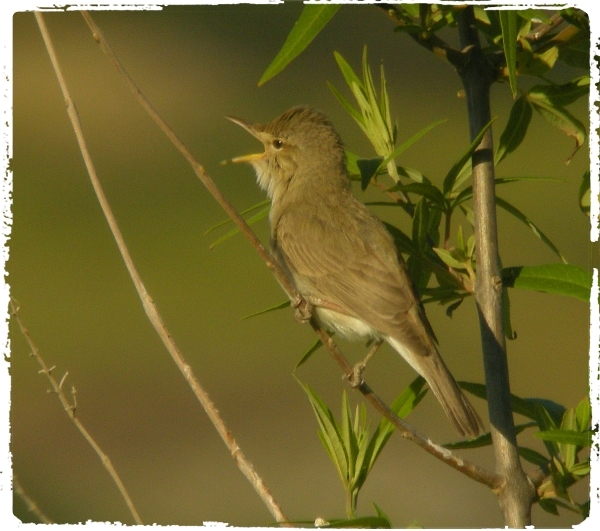 Finally we went to the Tsiknias River and the Kalloni Salt and, during our trip along the river we found Common and Little Terns, Black-winged Stilts, Little Ringed Plover and another Little Bittern. Common Nightingale, Cetti's & Olivaceous Warblers were all singing, the latter two showed well. The best sighting on the pans was of 2 Temminck's Stints.

Our day finished at 7pm back at the hotel bar! A smashing first day.