POTAMIA RESERVOIR - SIGRI VIA AGRA TO ERESOS COAST ROAD AND COAST TRACK TO SIGRI THEN SIGRI FIELDS AND UPPER FORD Glorious weather all day, lots of sunshine and little wind. Five Buntings are the birding headliners with Roller, Icterine Warbler and Eleonora's Falcon.

We started with an early morning trip to Potamia Reservoir to look for a couple of Ferruginous Ducks, an island lifer for me! We arrived in glorious sunshine birds were singing and beautiful wild flowers brightened our way. Before we walked up to the reservoir we had logged MASKED SHRIKE, Red-backed Shrike, Black-headed Bunting, Olivaceous Warbler and Common Whitwthroat. The ducks were not there but Common Sandpiper, Ruddy Shelduck, Little Grebe, Common Coot and lots of Yellow-legged Gulls. We later found out that we visited the wrong reservoir, oops!

After breakfast we set off for the west of the island by following the northern shore of the Gulf of Kalloni. Our best finds along the way included: Golden Oriole, Black-eared Wheatear, Cretzschmar's Bunting, Western Rock Nuthatch and several Long-legged Buzzards. One particular stop produced about 10 Golden Orioles, a Bonelli's Warbler, Blackcap and a couple of  Common Buzzards. 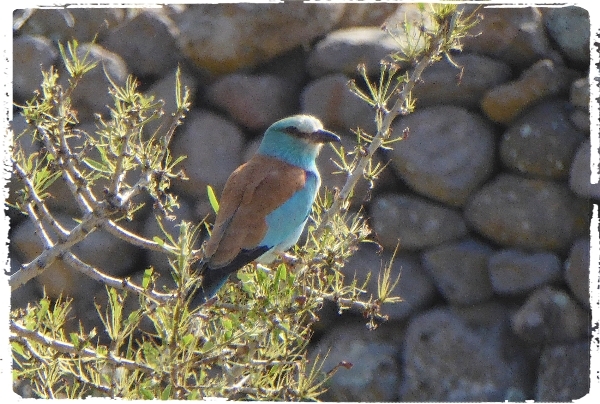 our first EUROPEAN ROLLER of the day

Just after Agra the terrane changed to rocky hillside and as we entered this area we found our first EUROPEAN ROLLER of the tour, it sat close to the roadside and was photo-framed by all of us!

Once we passed through Eresos we took a coastal track to Sigri, it is a 12km drive through some superb, remote landscape, many birds we seen there. Cretzschmar's Buntings were on every rock,  Corn Buntings, Crested Larks, Red-backed Shrikes, Stonechats and Black-eared Wheatears were abundant. We had a single sightings of  Chukar and several of Woodchat Shrike, Spotted Flycatcher and a single Lesser Grey Shrike. Another lovely find was a Cinereous Bunting, it sang from a rocky perch above the track. 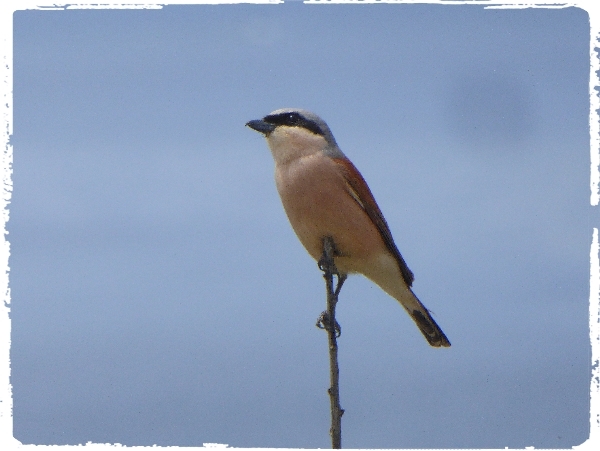 We entered the Meladia Valley where the open rocky terrane turned into a fertile landscape with shrubs, orchards and some water! Our second Roller of the day sat on wires near the ford but a wind had got up which made it difficult to find any small passerines. However we did find, Sombre Tit, Whinchat and near a chapel in a copse of trees we saw Wood Warbler, Eurasian Chiffchaff and Spotted Flycatcher.

Near to Sigri there is a disused Santitorium with well planted gardens and trees in the courtyard it was there we stipped next. We found our first Pied Flycatcher and a superbbIcterine Warbler followed by the sighting of two Ortolan Buntings. 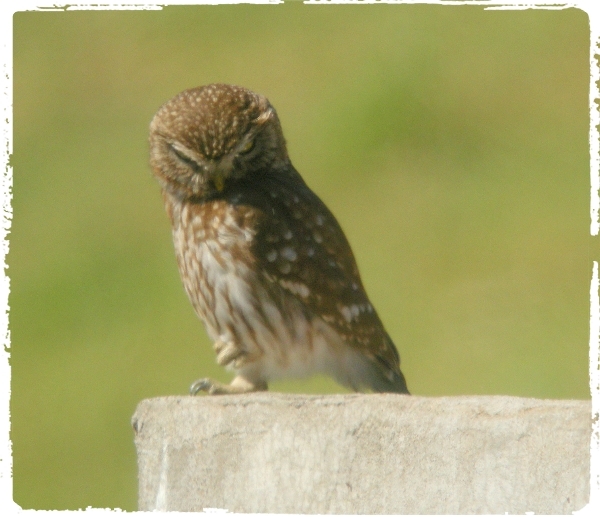 After a compulsory ice-cream stop in Sigri we spent our last hour birding the fields to the west of the village and the Farenomena Upper Ford. We spotted a Shag in the bay as we left the village. There were some sheltered areas in the fig orchards and fields, this is where we found Common Redstart, another Roller and more Spotted Flycatchers. But apart from Eurasian Sparrowhawk and lots of Bee-eaters we never saw much else.

Our drive back to Kalloni took an hour or so, we arrived in good time for dinner.