A very tired group arrived at Mytiline at 6:20am local time after travelling overnight from London, we quickly acquired our two vehicles and we drove to Skala Kalloni via central Mytiline Town. I drove the bus and Nigel drove the support car, we had 9 clients and we collected our tenth in central Mytiline. 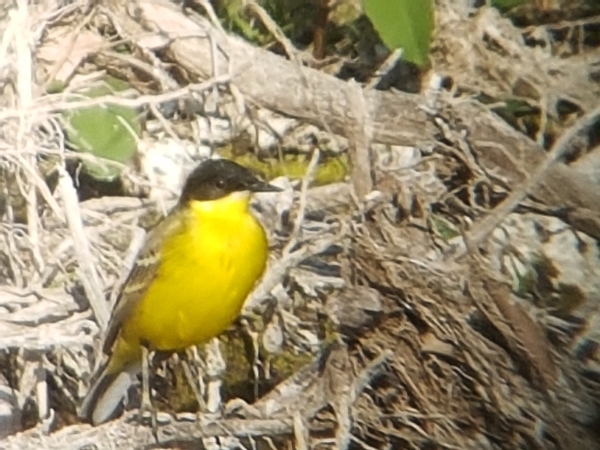 It was 8am when we arrived at our hotel, we went straight into breakfast and then we checked-in and went to our rooms. After a short break we were ready for our first birding excursion. We drove the short distance to the Tsiknias river and from the elevated banks we had great views of the river and it’s mouth as well as the scrub all along a section of its banks. 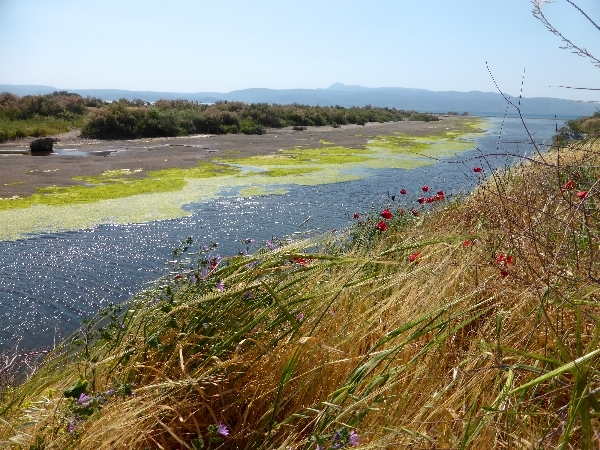 Lesvos is just wonderful at this time of the year, sunshine, a nice breeze (a little too strong at times), a fantastic display of wild flowers and superb light. The birds are fantastic too, you never know what you might see next. We watched Common Terns, Common and Wood Sandpipers, a Black-headed Bunting, Crested Larks and Yellow-legged Gulls. Then we found a Spotted Crake skulking in the undergrowth on the opposite bank of the river, what a great find and not an easy one to get on Lesvos. A male Red-footed Falcon can over us then a flock of 17 Glossy Ibis flew over us just before we boarded the vehicles. 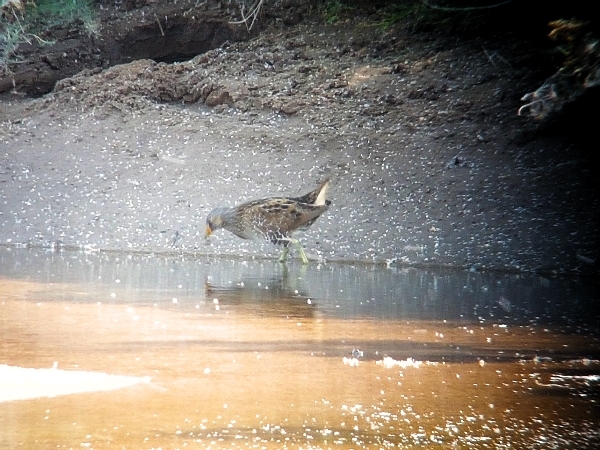 the Spotted Crake digi-scoped from across the river shown above

Black-headed Yellow Wagtail went on the list at the ford and we heard Cetti’s and Olivaceous Warblers, Reed Warbler and Common Nightingale. A Honey Buzzard flew over and we watched two or three Marsh Harriers as well as Hooded Crow and a Black Stork before we drove to the salt pans.

Along the feeder channel at the pans we had a great time watching dozens of waders, they were mostly Ruff, but also Wood Sandpiper, Black-winged Stilts, Greenshank and the best wader: Marsh Sandpiper. 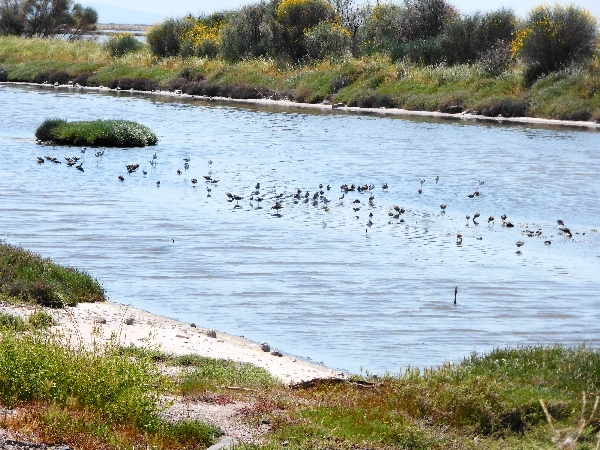 A little further on we watched a Temminck’s Stint from fairly-close range and both Common and Little Terns dashed all around us. In a flooded field behind the pans we added Red-throated Pipit, Common Shelduck, Collared Pratincole, Little Ringed Plover and several more species, a single Stoen Curlew was recorded back on the pans. 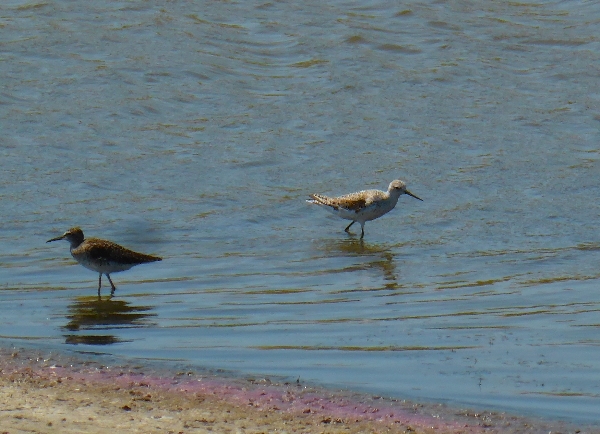 By 2pm we were all shattered, so we drove back to the hotel for a siesta which lasted 3 hours, most of the group turned out for the second session at 5pm. We drove to the river once again and then onto the salt pans, our highlights included seeing both Whiskered and Gull-billed Terns, more Black Storks and later a group of four White-winged Terns. High numbers of Greater Flamingos and Pied Avocet were seen with even more large flocks of Ruff. Curlew Sandpiper, Little Stint and to our great delight two adult Slender-billed Gulls were feeding in one of the ‘pans’. 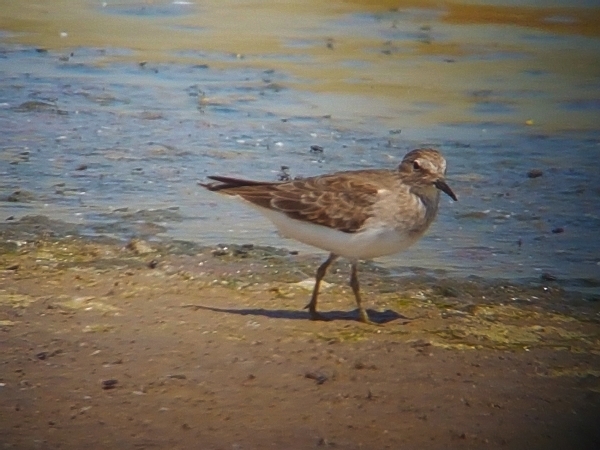 Back at the hotel we enjoyed a cold beer before washing up for dinner, our list total for today was 61.