Weather: wall to wall sunshine, temperature around 25C a bit too windy for my liking.

What a superb day on this fantastic island, no wonder I love it here, birds are everywhere and the scenery is stunning. We made an early start at 6am to visit one of my favourite places the small lake at Metochi, it is a superb setting with a backdrop of mountains and green farmland in the immediate surroundings. 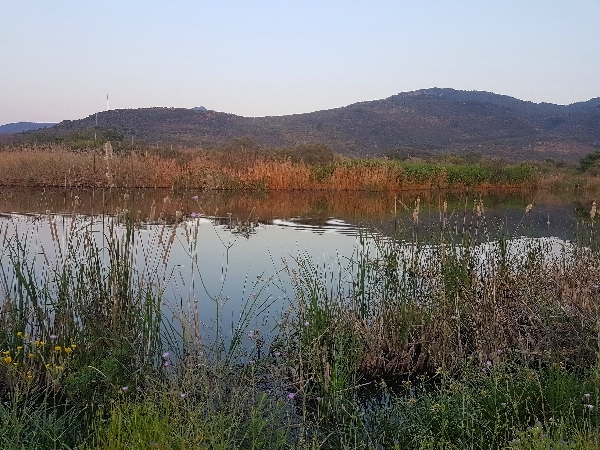 Metochi Lake this morning at 6:30am - flat calm not a ripple

It was perfectly calm and still when we arrived, the lake was like a mirror. A delightful tranquil calm lay over the , the quiet ambience broken only by the chorus of bird song led by the loud Cetti’s Warbler and the melodic Common Nightingale. We soon found 3 Little Crakes and 3 Little Bitterns both showed well for brief spells. Both Reed and Sedge Warblers were also noted as well as Little Grebe, Coot and Moorhens. A flock of some 50+ Common Swifts were joined by Barn Swallows and Sand Martins over the water.

We drove around to the rocky escarpment not far from the lake to look for Western Rock Nuthatch which duly showed high up on the rock face. We also watched a several Jays, which are the subspecies Atricapilla and have black crowns. Just before we returned to the hotel for breakfast we scanned Kalloni Bay and found both Black-necked and Great Crested  Grebes, a Squacco Heron sat on the beach about ½ a mile away. 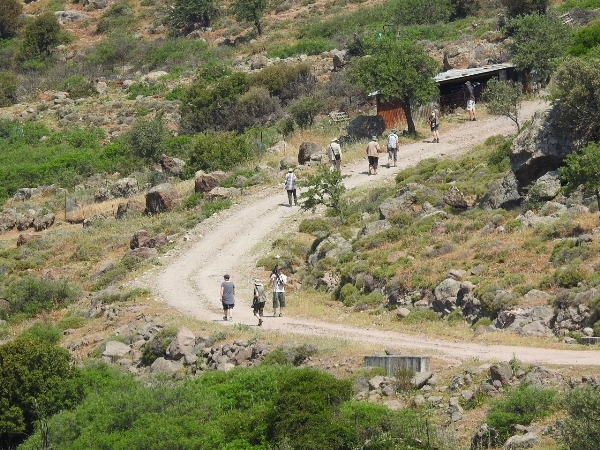 We stayed local for the rest of the day visiting at several sites and watching many local specialities enjoying the beautiful countryside. The upper Tsiknias River was our first destination we drove through Kalloni to get there and parked near some silos, a Masked Shrike sat on the power lines and sang a greeting to us, how nice. Our walk produced great views of Lesser Grey Shrike which was being ‘mobbed’ by a Sombre Tit, two superb birds in one sightings.

We walked to the river and spent an hour or so walking along the west bank, we saw our first Black-eared Wheatear, also Subalpine Warbler and a lovely pair of Cirl Buntings. Overhead we had several sightings of Long-legged Buzzard, also Black Storks and later a White Stork. Some birds were coming down to bathe these included Greenfinch, Goldfinch and to our great surprise a Cretzschmar’s Bunting also came down. 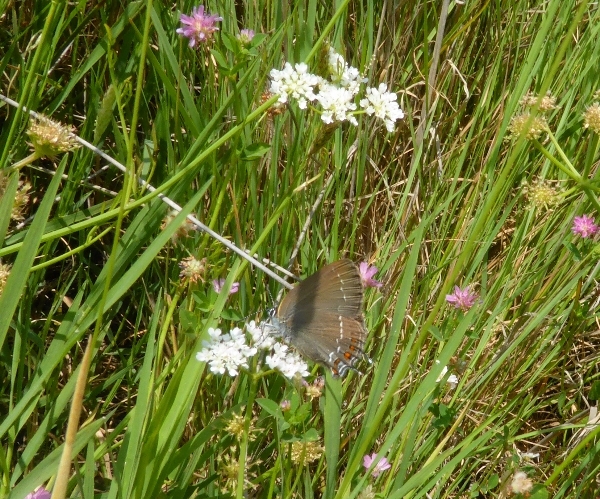 From the river we drove to the marshes at Mesa where most of the pools had dried up but some water remained. Wood Sandpipers, Black-winged Stilts, Ruddy Shelduck and our first Common Snipe were seen in the marshes. In the scrub along the track we found Red-backed Shrike, a couple of Whinchat and some Corn Buntings. We watched a hillside looking for raptors but all we found was Long-legged Buzzards. 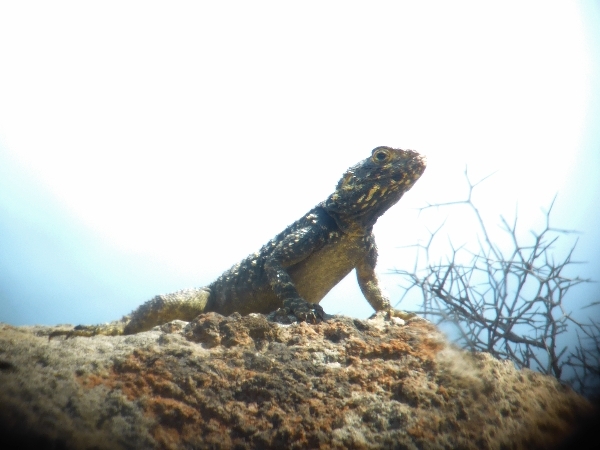 A few Turtle Doves were seen and heard on the return journey and plenty of butterflies we on the wing especially the Persian Meadow Brown, there seems to be a population explosion of this species.

A short stop at a beach location not far away produced nothing but Great Crested Grebe and a single Common Tern. We then spent the last of the afternoon at the salt pans listing large number of species with some new birds for our list. We had much better views of Curlew Sandpiper and Little Stint on the pans and in the fields nearby we found a COMMON STARLING! Don’t laugh! This is a great find on Lesvos at this time of the year. 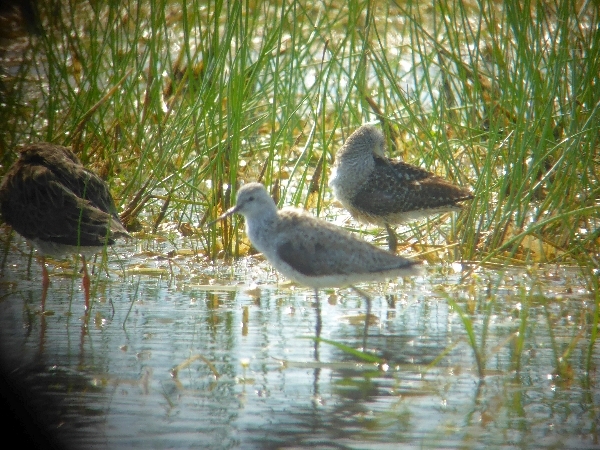 Marsh Sandpiper with Ruff on the left and a Wood Sandpiper behind.

Red-throated Pipits showed much better this time and so did Temminck’s Stint and a couple of Marsh Sandpipers. In the Alykes Wetlands (which are now dry) we found three Tawny Pipits but our search for Short-toed Lark went unrewarded.

We drove back to Skala Kalloni via the Lower Tsiknias River and spent time looking along the river banks, we found Sedge and Reed Warblers but could not locate a singing Great Reed Warbler.At the river mouth new again saw the Spotted Crake and on the sand-bar a single Little Gull dropped in for a minute or so, just enough time to get everyone on it. 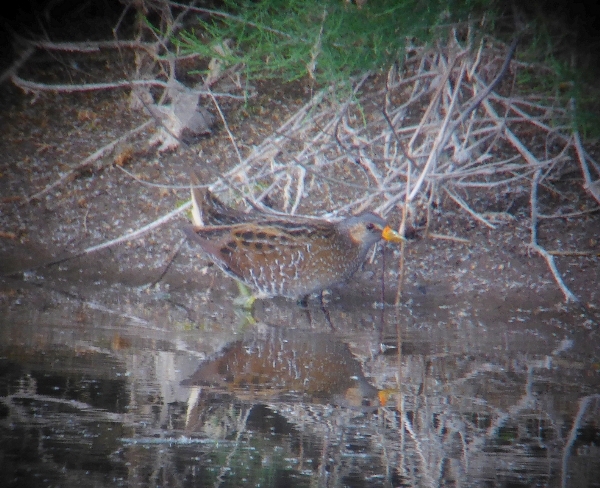 That concluded our birding for the day, it was a relaxed day before tomorrow’s plan of a 12 hour outing. A cold beer with dinner went down well.