Another superb day of tee-shirt and shorts birding, oh, how I miss the 3C in the UK…not!

We set off at 7am after an early breakfast and drove to Eresos along the northern shoreline of the Gulf of Kalloni, we made one stop but had frequent sightings along the way. During our stop we found our first Orphean Warbler, a Subalpine Warbler and a Whinchat. Buntings were in good supply plenty of the Corn types but also Black-headed and Cretzschmar’s Buntings. On a cliff face we found Blue Rock Thrush, a pair of Ravens and then a very close Black-eared Wheatear. 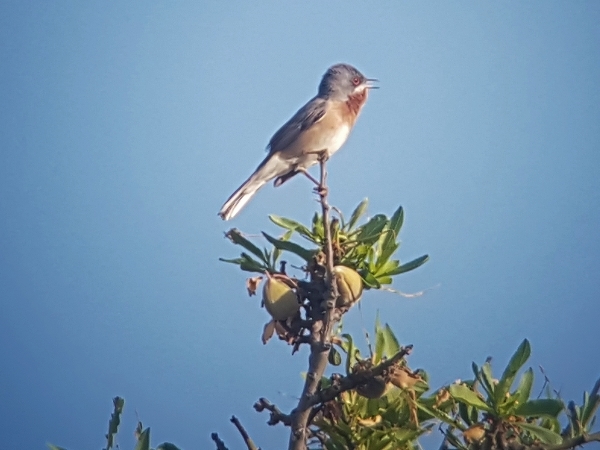 The coast road from Erosos to Sigri is a special place, the track takes you through a wilderness of mountains and heathland, valley and streams with no human habitation, it is wonderful. We stopped many times to admire the scenery and of course its wildlife. Nearly every prominent rock had a bird on it we constantly stopped the vehicles to watch; Red-backed Shrike, Cretszchmar’s Buntings, Western Rock Nuthatch, Eastern Black-eared Wheatear and the occasional Cinereous Bunting. One really nice sighting was of Collared Flycatcher which landed on a fence near bus just before we set off. 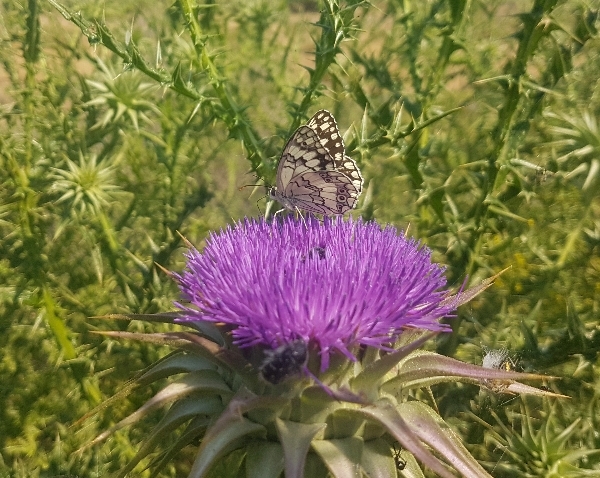 By the time we reached the Meladia Ford we had seen a great deal but more was to come. From the ford we saw a Eleonora’s Falcon fly over us, wow, what a sighting. Then we walked to a fig plantation and despite the windy conditions we saw a few goodies. First an Icterine Warbler showed well then we found a Western Bonelli’s Warbler and further along the track we watched several Orphean Warblers, Whinchats, more buntings and larks. 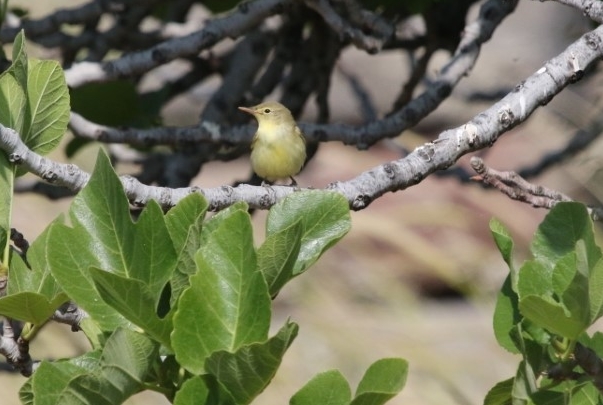 Next we drove through Sigri and through Sigri Fields to the Lower Faneromeni Ford, a Great Snipe had been seen there over the last two days. We parked up and decided to eat our picnic lunch whilst looking for the snipe. A great many Bee-eaters were passing over as well as Barn Swallows and Swifts. We saw Common Snipe, Moorhen, Wood Sandpiper on the river and a Spotted Flycatcher in the bushes. After half an hour the Great Snipe came out of hiding and at first it was hard to see but eventually it came out and showed well. 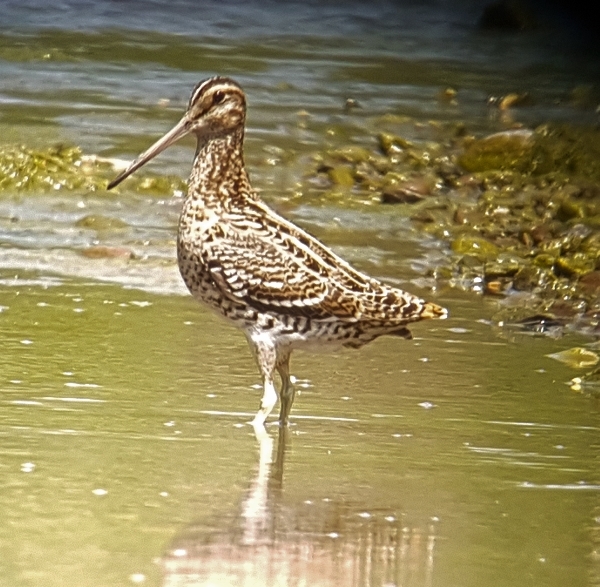 Next we drove to the beach area where we ‘scoped’ Yelkouan Shearwaters and saw European Shag in the bay, a couple of Ruddy Shelduck with chicks on the river. Just as we left the area we found a fruiting Mulberry Bush where a few Golden Orioles were feeding and showing very well. Whilst watching the Orioles a Roller flew over us and we watched a couple of Alpine Swifts for a while. All the time more Bee-eaters came in off the sea. 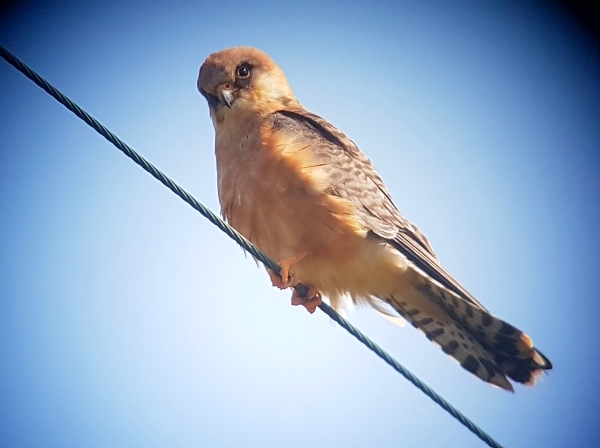 Our visit to the Upper Ford was short lived, it was hot and we were tiring. We walked a short way along the track where we saw Pied Flycatcher and more Spotted Flycatchers. A Red-footed Falcon perched nicely on some wires for us and we saw Masked, Red-backed and Woodchat Shrikes. 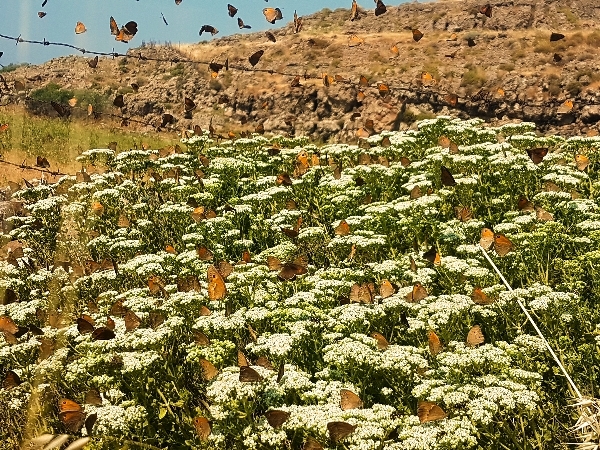 A host of butterflies - there must be 200 Persian Meadow Browns on this one plant!

We set off for home after we went to Sigri for a coffee stop, we made two more stops before we got to our hotel. The first was at the Eresos Crossroads, where we watched Isabelline Wheatears and listed a few other species too.

Our second homeward stop was at the head of the Lardia Valley where, Red-rumped Swallows, Black-eared Wheatears and Crag Martins entertained us. But it was a Long-legged Buzzard that gave the most enjoyment as it swooped down towards a Persian Squirrel that sat on a rock, it was a dramatic piece of action but resulted in nothing for the buzzard as the squirrel dived for cover.

The last 30km we uneventful and we arrived back at the hotel at 6:30pm time enough to get ready for dinner and nice cold drink.