The great weather continued today with all day sunshine and highs of 28C.

Another early breakfast saw us eating at 6:30am and out on the road by 7:30am. We drove up through the central mountains and then off to the west towards Sigri, we had several destinations lined up along the way. The first was the huge Monastery at Limnos just above the village of Dafia, this a regular spot for Middle Spotted Woodpecker and has been reliable in the past few years but today we enjoyed Red-rumped Swallows and not the woodpecker.

The Lardia Valley is found between the villages of Vatousa and Andissa, it is a steep-sided gorge but quite wide, we stopped at the east side to look for Rock Sparrow. It took all of 1 minute to find one which sat just outside its nest the whole time we were there. We heard Wren, Eastern Bonelli’s Warbler and we saw Black-eared Wheatear and Blue Rock Thrush. 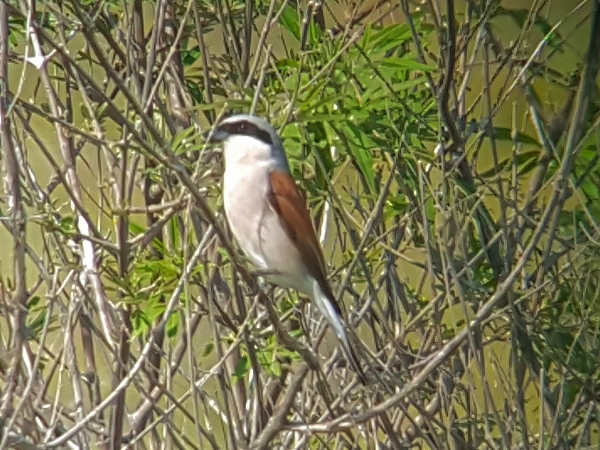 Just before we reached Andissa we stopped at our second Monastery of the day, Perivoli. A small building with a car park and grounds full of Sycamore trees and a river runs alongside it. We found Middle Spotted Woodpecker in the olive grove adjacent to the car park. We searched for flycatchers but found only wheatears and common garden birds.

At the Eresos crossroads saw Isabelline Wheatear from the bus and as soon as we stopped at the base of the mountain where Ipsilou Monastery lies we saw another one. In fact the birding at the parking area was very good, we saw a distant Woodlark, also Cretszchmar’s Bunting, Black-eared Wheatear and we could hear a Cinereous Bunting singing. Ravens and Long-legged Buzzard flew over with distant Yellow-legged Gulls. 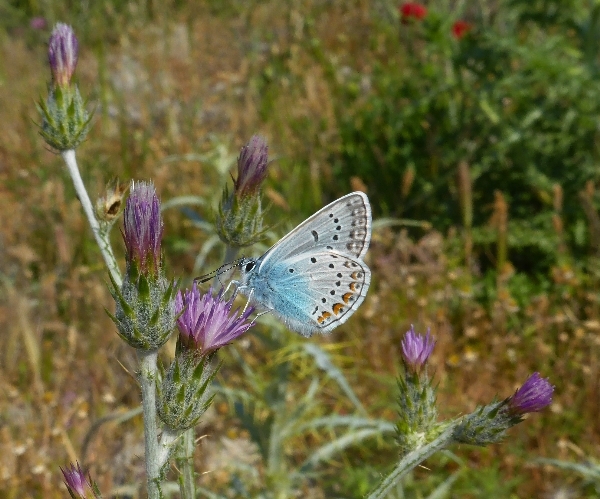 Our walk up to the monastery took quite a while because of the many stops we made to look at different species, there were many flycatchers, in one bush we saw six birds flycatching. The beautiful male Collared Flycatcher impressed the group the most but also Pied and Spotted were appreciated. Not many other species were seen, especially migrant birds, the exception being Golden Oriole that called and showed well at times. An Eleonora’s Falcon was an exception and a great sighting as we could look down on the bird as it circled on the thermals.

At the top we finally found our Cinereous Bunting, singing from the top of a bush, it took a fair time to locate the bird and even then, only a few of the group got to see it. We ate our picnic lunch sitting on a wall in bright sunshine, then the group split up, some went back down in the second vehicle whilst the rest of us walked down. 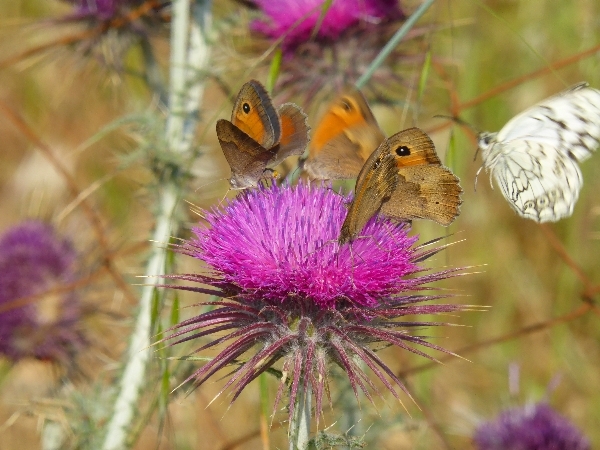 Meadow Brown and Marbled White - nearly every thistle had several butterflies on it!

During the downward walk we found a Eurasian Hoopoe (our first for the trip) then we found a Tree Pipit on the track, it showed down to a few meters. An Orphean Warbler was tracked down as it sang and another Cinereous Bunting put in another well appreciated appearance.

Before we drove down to Sigri we turned off onto the road to the Petrified Forest to search for the Chukar, a partridge type bird. We drove all the way down to the Petrified Forest entrance before we parked up having not seen a single Chukar. We watched Black-headed Buntings, another Orphean Warbler in full song, Red-backed Shrikes and Eastern Wheatears before a Chukar appeared on a rock wall and with it were four chicks, amazing. A very obliging Little Owl sat out for us on the way out. 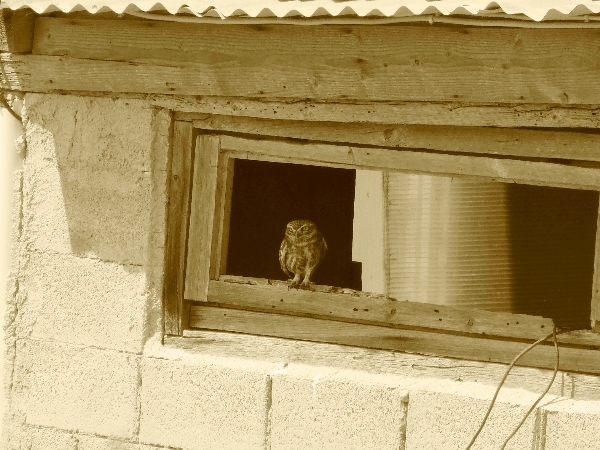 At Sigri we enjoyed a lovely sea-breeze along with a ice-cream, we added Eurasian or Western Jackdaw to our list. The dry and bumpy track that led all the way to Eresos was dry and bumpy! Before arriving at Meladia Ford we stopped to look at yet another Little Owl perched out near a farm and many Whinchats, Stoenchats and Red-backed Shrikes. A brief stop at a Chapel produced good sightings of European bee-eater, about 30 of them.

At the ford we got out for a walk, a Purple Heron was noted by one of the group and we all saw Wood Sandpiper, Cetti’s Warbler and Black-headed Bunting. A few more species were noted before we left, Short-toed Eagle and two Red Footed Falcons we the raptor highlights.

We got back to the hotel around 6:30pm. But some of us hadn’t finished yet! News of a Citrine Wagtail had us driving out to the pans. A short search in fading light produced the bird, it was a male, what a beauty and a great species to finish the day with!