WEATHER;   Today we had clouds oh my! But it remained hot and they cleared before too long.

Our early morning start found us at the Ford on the Tsiknias River, a ROSE COLOURED STARLING had been reported  yesterday by a few other people so we made it our morning target species.  We searched the locations but failed to see the bird, so the lead vehicle drove off into the village to buy water whilst the second remained for a short while, You can guess what happened, the bird turned up whilst we were away and the four of the group that remained saw it. By the time we got back there the bird had disappeared. 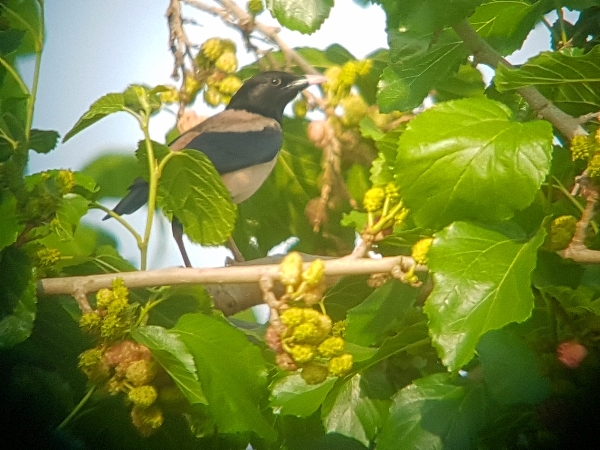 The Rose-coloured Starling in the Mulberry Tree surrounded by rich pickings of fruit.

The same thin happened at our next venue, the Salt Pans, the leading bus went to the back of the ‘pans’ to Alykes Wetland whilst the second vehicle went to the Eastern Pans, the same four found the Spur-winged Plover which had flown off by the time the rest of us reached the site. During all this time we enjoyed great views of European Bee-eaters in the superb morning light and at least 20 other species seen in and around the Salt Pans which is always a delight to visit whatever the time of day but mornings are special.

After breakfast we drove to Mesa to visit the Kalami Marshes to look for more species, a Great Snipe had been seen earlier so we looked for that, finding Great Reed Warbler, Garganey and Little Ringed Plover instead. 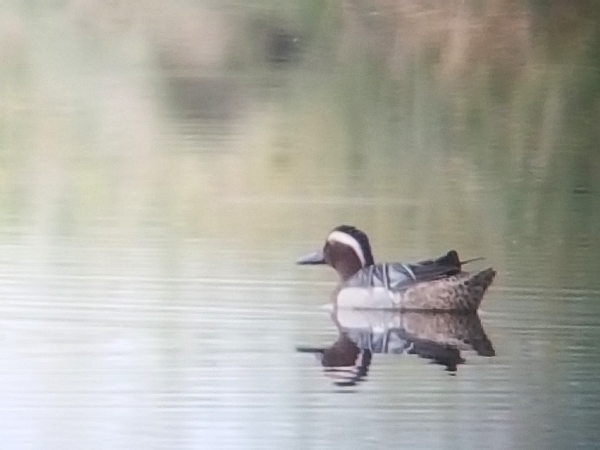 We continued our outing by following the road that skirts the southern shoreline of the Gulf of Kalloni, we headed towards Polichnitus stopping in some well-established olive groves. We immediately heard OLIVE TREE WARBLERS singing and before long we had all seen at least two birds, but only in flight! Over the next 30 minutes we also logged Sombre Tit, Masked Shrike (this bird mimics the song of the Olive Tree Warbler and it can confuse the unknowing birder), Greenfinch and Olivaceous Warbler.

For our picnic lunch we chose the beach near to Skimnioudi where a large brackish lake is separated from the Gulf of Kalloni by a narrow shingle bank. We sat on the shingle bank and enjoyed a perfect setting, the scenery was simply stunning, the bird life in and around the lake was prolific and the colours of the wild flowers just divine. 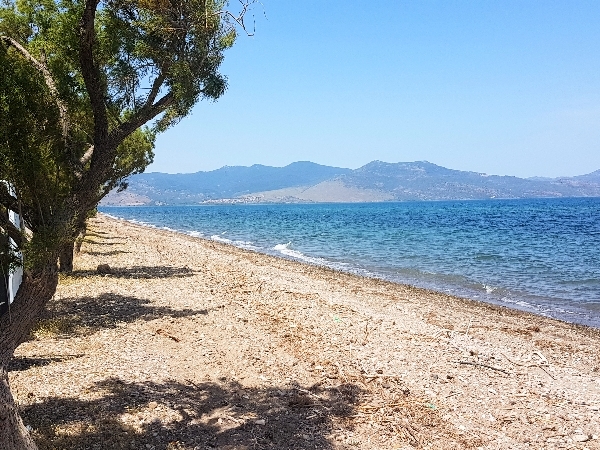 looking along the shingle bank into the Gulf of Kalloni 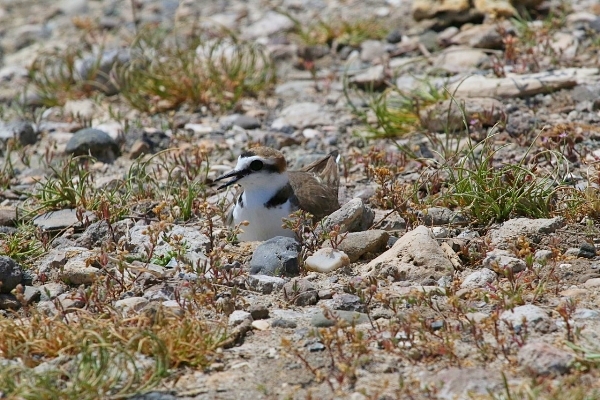 Kentish Plover on its nest by Mike Taylor

The drive through to the Polichnitus Salt Pans went uneventful and the pans themselves did not hold many species of birds, I have never been impressed with these salt pans. We stopped in the town to indulge in an ice-cream before driving down to the south coast of the island at Vatera. The east river at Vatera was overgrown and held very few birds but we did find Sardinian Warbler further along the track towards Agios Fokos. 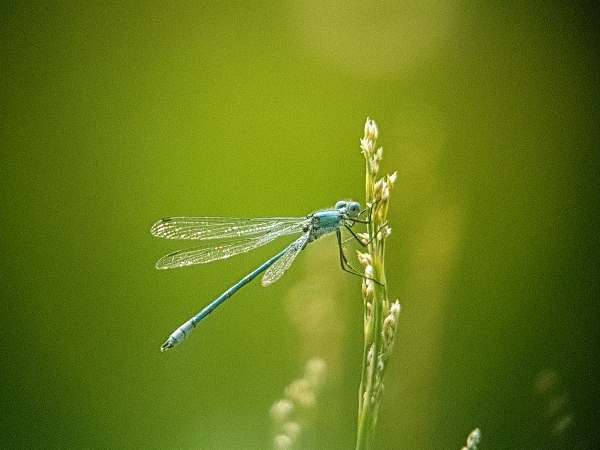 At the headland we tried a little bit of sea-watching, not everyone’s cup of tea but most of us had a go. Small groups of Yelkouan Shearwaters were passing the headland, we also saw a couple of European Shags but not much else. We left the area at 4:30pm for the 1 hour drive back.

Before returning to the hotel we made a quick stop at Kalloni Salt Pans and the Alykes Wetland behind them. We had great views of the SPUR-WINGED PLOVER and of a female Citrine Wagtail. 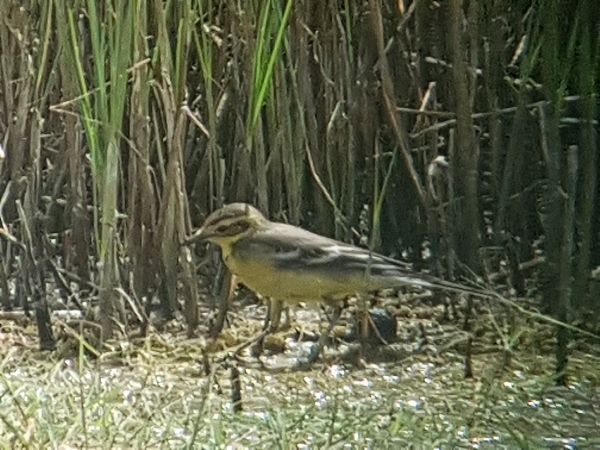 a record shot of the Citrine Wagtail 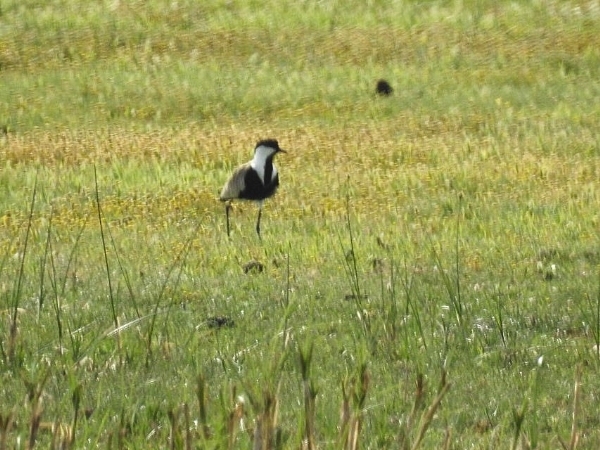 record shot of the Spur-winged Plover taken by Mike Taylor

A nice group of Bee-eaters were good to watch and a party of White-winged Terns joined Common and Little Terns that were coming to the pools on Alykes to bathe. We returned to the hotel around 6:30pm.