It was our second day of great birding on this beautiful Greek Island, the island offers plenty of other wildlife it not just about birds. Wild flowers are prolific this year, the array of colours and wonderful scents are amazing. The wild flowers attract lots of butterflies, we saw many today including the stunning Southern White Admiral, also Eastern Dappled White, Eastern Festoon, Swallowtail and several more species. A large Tortoise was found by Jeanne, we photographed the Banded Demoiselle and a Fox was seen by Kevin. The sighting of a large Balkan Green Lizard was exciting but our search for snakes went unrewarded. 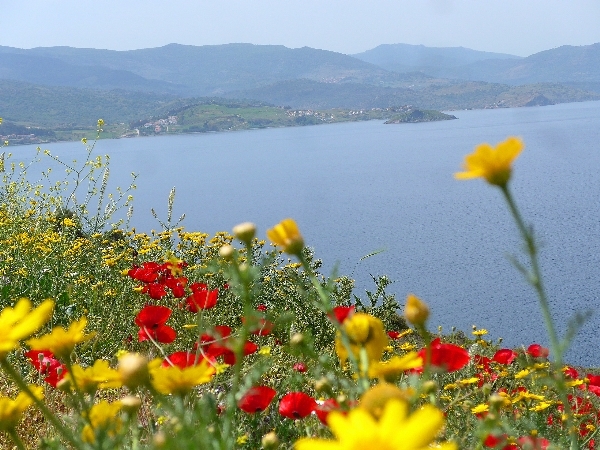 The view towards Petra from Kavaki

We met at 6am for our pre-breakfast birding excursion, today we visit two bodies of water hoping to track down the two Ferruginous Ducks we saw yesterday in flight. The unnamed pool near Kalloni Reservoir held Moorhen, Coot and three Night Herons but the reservoir had nothing on it. In the surrounding scrub we saw our first Black-headed Bunting, Masked Shrike, Woodchat Shrike and two Ravens flew over. 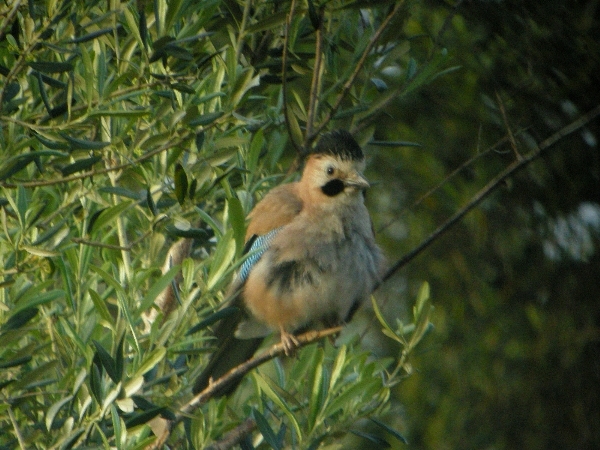 Eurasian Jay showing the black cap of this sub-species (anatoliae)

We stopped next at a rocky outcrop and scanned the hillside looking for and finding Western Rock Nuthatch as well as seeing Black-eared Wheatear and close views of Jay.

After breakfast we set off for Petra on the northern coast which is only 25km away, we made three stops along the way. Our first stop was made just outside of Kalloni which is a regular spot for seeing roosting Scop’s Owl, we saw two but a coach party of Greek birders were there so not much else showed up. At the Kalloni Raptor Watch-Point we spent a lovely hour in the hazy morning sunlight, it was fairly quiet and all our raptor sightings were quite far off. We saw Short-toed Eagle, Long-legged Buzzard, Goshawk, Raven and Black Storks! Birds on the rocky slopes around proved more interesting, we saw Cirl, Corn and Cretzschmar’s Buntings, Black-eared Wheatear, Orphean and Subalpine Warblers and a pair of Blue Tits were nesting in the roof of the shelter. 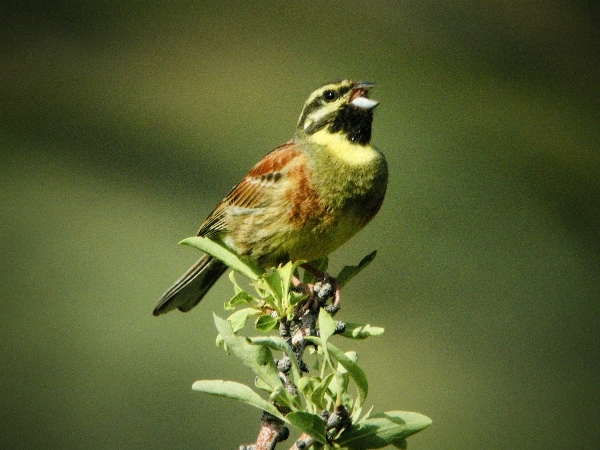 Cirl Buntings - male above female below - both working hard!! 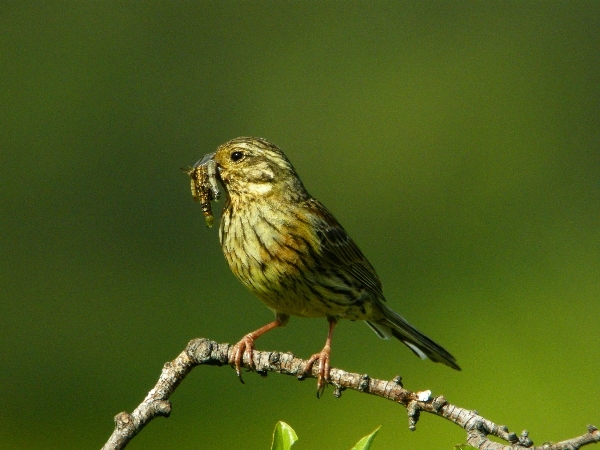 Our third stop was on the slopes leading down to Petra, we looked for Middle Spotted Woodpecker but its regular nesting tree had gone! However, a pair were nesting in a nearby tree and we watched them coming and going, obviously feeding young.

At Kavaki, a look-out point on the hillside above Petra, we spent an hour looking for Ruppell’s Warbler at this well known site. We had commanding views over some spectacular coastline and the surrounding islands, Turkish mainland could be seen just a few miles away. Our little target bird showed very well but often at quite a distance, we also saw Orphean and Subalpine Warblers, Raven and two European Shags.

At Petra reservoir we found an Audouin’s Gull amongst hundreds of Yellow-legged Gulls, also a few Ruddy Shelducks, a single Common Pochard and large Tortoise moved around in the grassy banks. As we ate our picnic lunch a raptor came up behind us, it was a dark morph Booted Eagle, this was an excellent find, a rarity for Lesvos! We went for a walk in the scrub around the reservoir, it was very quiet in the heat of the day, we saw 3 Red-backed Shrikes, a couple of Whinchats, a Reed Warbler, lots of Woodchat Shrikes and more Subalpine Warblers. 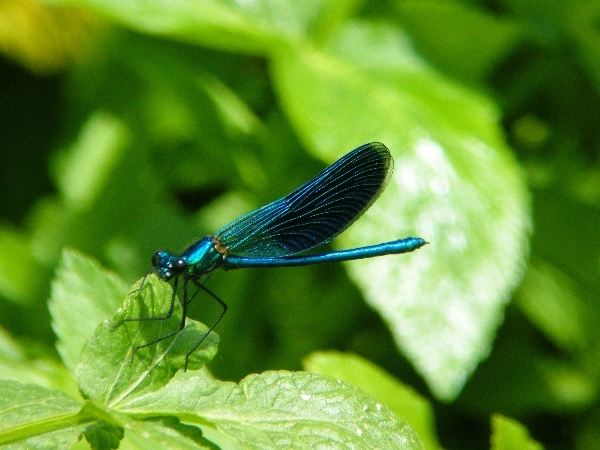 For the rest of the afternoon we drove back to Kalloni and re-visited the Salt Pans, Alykes Wetlands and the Tsiknias River. We drove back via the Kremastes Track, stopping for birding and to look at the ancient stone bridge (which is under repair) but we never added any new species. 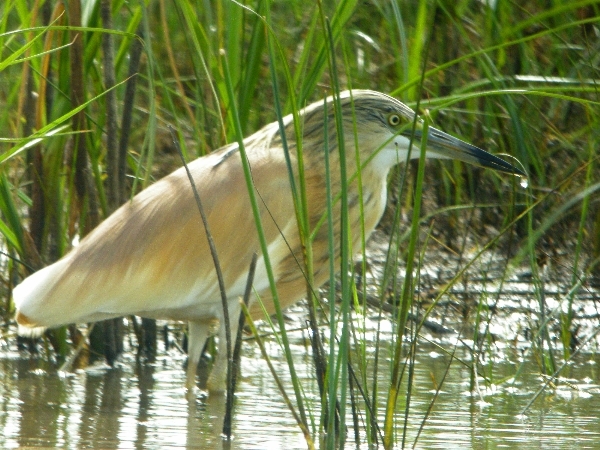 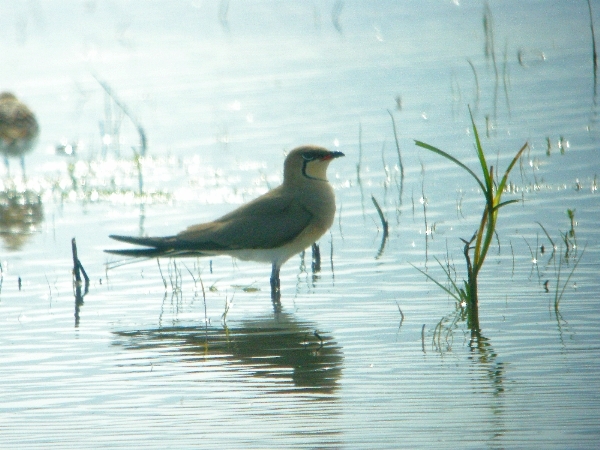 The numbers of waders in the area of the Salt Pans had reduced dramatically and so had the water in the Alykes Wetlands. We still enjoyed our afternoon visit, the only new species seen was Red-footed Falcon, we saw two hawking insects as we travelled up the track along the Tsiknias River.

We were back at the hotel by 6pm ready for dinner at 7:30pm.