We caught up with a few of the island's specialities today as we drove to the north coast and some central locations in the mountains......

Another gorgeous day, wall to wall sunshine and plenty of birds to see. Our plan was to see many of the Lesvos specialities so we didn’t expect a massive list, more quality than quantity. However our day didn’t quite go according to plan because our early morning jaunt into the hills near Kalloni didn’t produce the birds we expected. 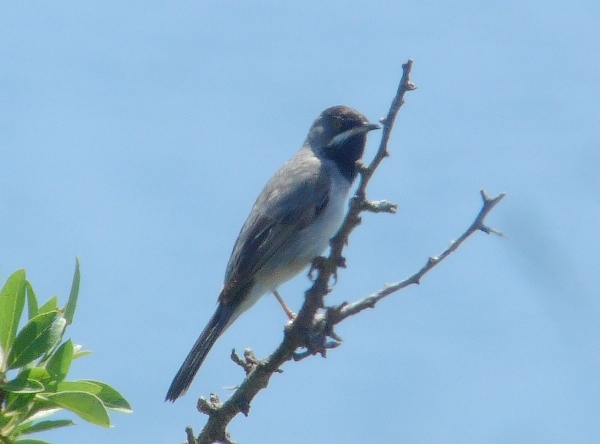 A very bumpy track led us from Kalloni town centre eastward into the hills where we stopped to look for buntings, shrikes, cuckoos and wheatears etc. We saw a Eurasian Sparrowhawk as we arrived and a few Chaffinches, our walk failed to produce much, a couple of distant Black-eared Wheatears, a very distant Cretzschmar’s Bunting and not much else.

After breakfast we drove westward towards Andissa stopping at the Limonas Monastery for a quick look for a Middle-spotted Woodpecker. We saw the woodpecker as we pulled up into the car park, great views for all of us. We also found a Little Owl, several Cirl Buntings and some Red-rumped Swallows collecting mud. From the monastery we drove higher into the hill to a track which is known to hold breeding Eastern Bonelli’s Warblers. It was lovely up there, lovely sunshine, no wind and plenty of birds. We found plenty of Subalpine Warblers, Black-eared Wheatears and we heard a couple of Eastern Bonelli’s but failed to see one. 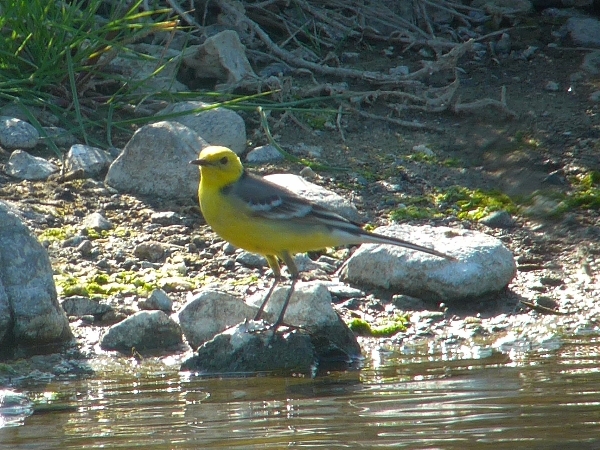 Next we drove back down to Kalloni and then took the north road out of town to Petra, we made a stop at the raptor watch-point for about 30 minutes. Not much was happening in the sky, we saw Long-legged Buzzard, Short-toed Eagle, Black Stork and a couple of Ravens. The rocky scrubland on the hillside held a number of nice species, an Orphean Warbler sat out in full view singing its melodic song, whilst Black-eared Wheatears flitted about on the rocks as did Western Rock Nuthatch.

We continued to Petra where we stopped at the usual place to look for Ruppell’s Warbler, whilst we sat eating our picnic lunch we found a Chukar sitting on a rock. Our search for the Ruppell’s took us down-hill back towards Petra, the views were stunning we looked over Petra Bay, what fantastic shades of blues and greens came up from the sea. The Ruppell’s showed brilliantly for us, singing from several perches along the cliffs, we also added European Shag, Raven and some common species to our list. 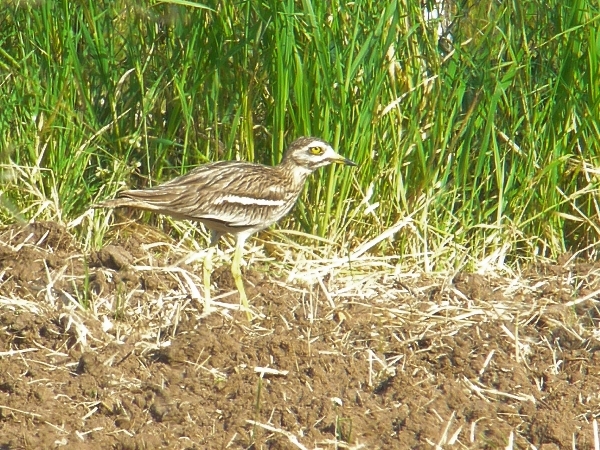 Petra reservoir came next, this body of water is surrounding by open scrubland with plenty of potential for shrikes and cuckoos etc. A Red-backed Shrike was our first for the trip, this was quickly followed onto the list by Woodchat Shrike. Apart from a few Cirl Buntings and a Little Owl we never saw much else in the scrub, the reservoir held adozen Ruddy Shelduck, a single Black-winged Stilt and a single Little Ringed Plover, a couple of hundred Yellow-legged Gulls loafed on or near the water.

Our way back to Kalloni was via a track that took us to Agias Paraskevi, the track was 7 kilometers long and we made several stops along it. Masked Snrike, our third shrike species of the day was found building a nest, we had reasonable views of it. At Kremastes Bridge we found a Lesser Whitethroat, a great find for our list, a large Grass Snake swam on the water below the bridge with terrapins and frogs. 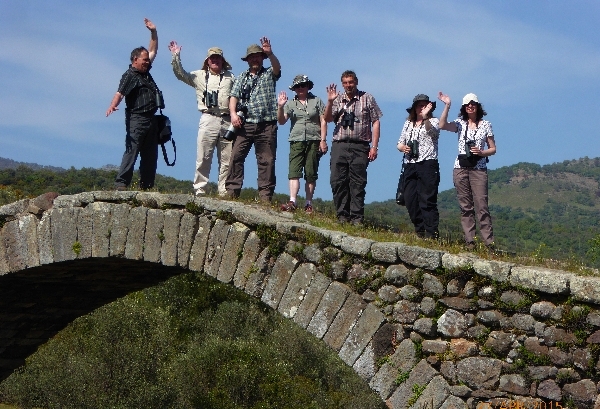 the group standing on the old stone Kremastes Bridge

Before retiring for the night we spent an hour at the Kalloni Salt Pans, this was again wonderful and full of birds, we added about 30 species to our day list.  A new bird was added to the trip total, Citrine Wagtail, a beautiful male showed very well from a stream then as we drove along the banks of the Tsiknias River we found a couple of Black-headed Buntings. Finally we viewed an olive grove to watch a pair of Stone Curlews, they had set up home in the dry soil below the olive trees, a lovely bird to end the day with.