WEATHER: a chilly wind kept the temperature down, we had all day sunshine, top temp 30C.

Another early start to another super day! We visited the Alykes Wetlands in the hope of finding a Harrier or two, especially Pallid which had been seen recently. It was just lovely out there a nice clear morning with no wind and birds everywhere. Over the next hour we saw Red-footed Falcon, Marsh Harrier and a single Montagu’s Harrier we also added Mute Swan to our list! Swans are rarely seen on Lesvos, this is only the second time I’ve seen one in Seventeen Years. 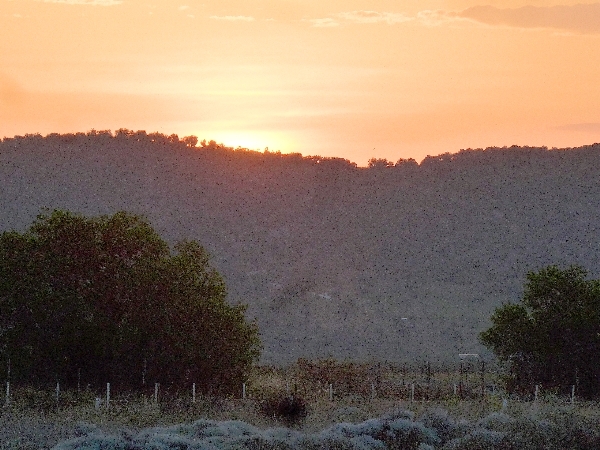 After our breakfast we set off to visit the Napi Valley which runs north to south across the island and is a favourite route for migrating raptors. It is a wide valley with gently sloping sides which are covered in open oak woodland and olive groves, rocky crags appear each side of the valley. This area is a favoured habitat for a number of species we haven’t seen yet. 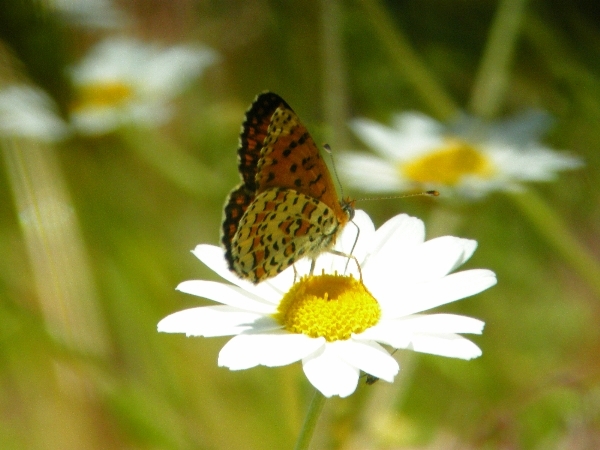 We parked at the southern end of the valley where we had great views of several rocky outcrops and large tracts of woodland below us, it was quite windy and chilly to start with. We quickly found Black-eared Wheatear and had brief views of our first Blue Rock Thrush as it performed its display flight and we got fleeting views of Eurasian Hoopoe for another first. 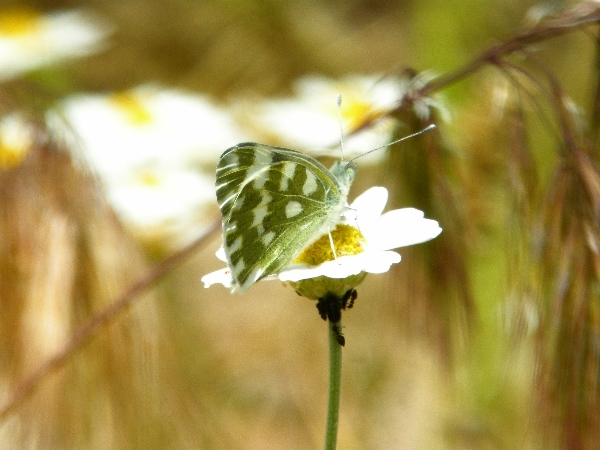 Further down the valley we finally caught up with Sombre Tit but the view we got was all too brief and not a satisfactory one for most of the group. Shrikes were everywhere both Masked and Woodchat were seen often, also lots of Turtle Doves were calling but we never heard a single Cuckoo. We listed Long-legged and Common Buzzard and Short-toed Eagle but not much else was up in the sky except for dozens of Yellow-legged Gulls moving from one side of the island to the other. 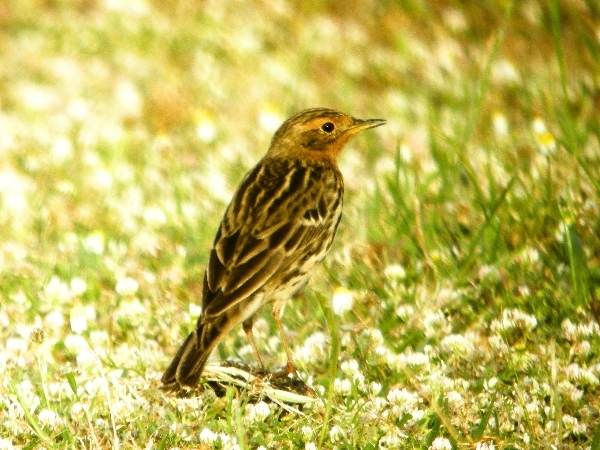 Along a track at the head of the valley called Plantania we searched for Olive Tree Warbler but not a single one was heard, we saw lots of Cirl Buntings, Masked Shirkes (including one nest with a female incubating its eggs), Subalpine Warbler, Orphean Warbler and not much else. We spent more time looking at butterflies and other insects that were visiting the huge number of flowering plants. 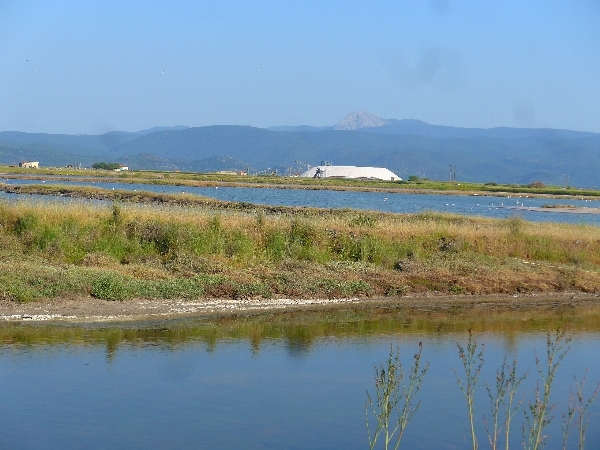 The Salt Pans with Mount Olympus behing the mound of salt

Our butterfly count was increased by a number of new species including Red Admiral, Eastern Bath White, Scarce Swallowtail, Spotted Fritillary and Gatekeeper.

We left the valley just after lunchtime and drove back towards the salt pans at Kalloni, we made one stop near Agia Paraskevi where we had a lovely time watching Olive Tree Warblers as we sat on a grassy bank looking up into an olive grove, what a great finish to our Napi Valley excursion. 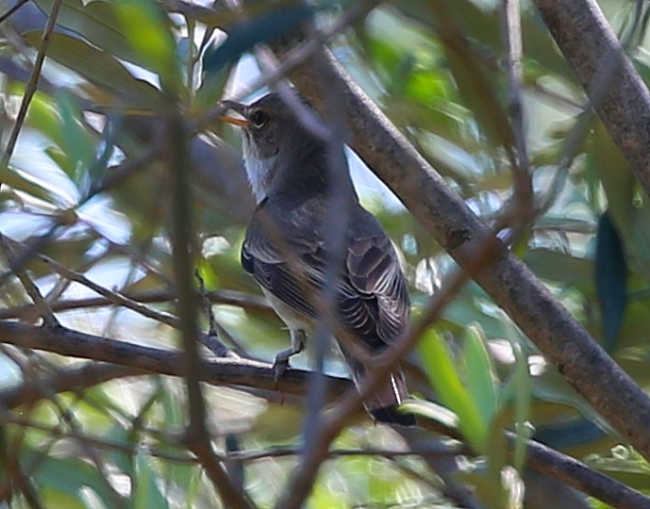 Olive Tree Warbler by Kevin Jones, it was quite an accomplishment to get this shot as the bird was very elusive

Next, we visited an area along the shore of Kalloni Bay a few kilometers to the east of the salt pans. From the beach we scanned the sea and shoreline and discovered the Mute Swan once again, it was sleeping on a sandbank surrounded by gulls and a couple of Cormorants. We also noticed a flock of smaller gulls sitting out on the water, we counted 32 Mediterranean Gulls, an amazing count and a record for the island. 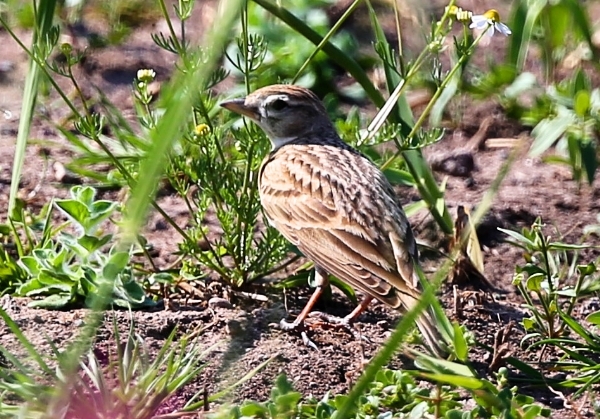 Short-toed Lark, another one from Kevin, seen along the track to the beach

It was 4pm by the time we left the beach area, we drove back to the hotel where most of the group wanted to call it day and have an hour or two relaxation before dinner. Just two of us went back out with Richard, another birder from the hotel. We enjoyed great views of White-winged Terns as they fed over a channel of water and we saw a couple of hundred Greater Flamingos in flight which was a great spectacle of colour. We never saw any new species until we were on our way back, as we crossed a ford spanning the Tsiknias River we found a Common Sandpiper, it was the only one we had found since we arrived, so, not so ‘Common’ after all. 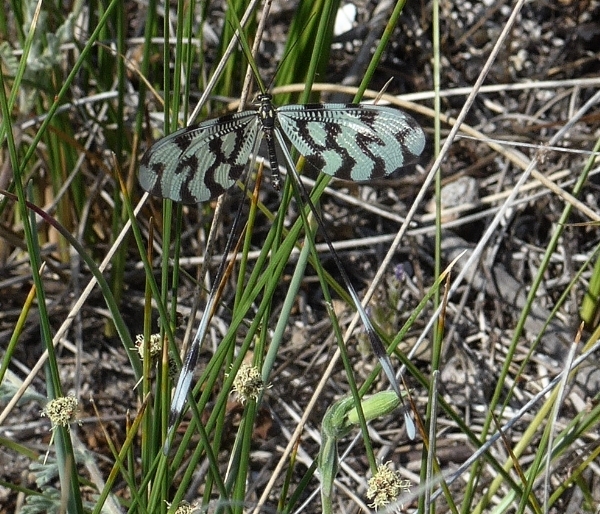 The Thread Lacewing found in the grass at the beach

Our species count so far is 141, a good average list, I’d expect another 20 species over the next few days but not much more.