We are relaxing now as we come to the end of the tour, all of the islands specialities have been seen but there are still one or two common species yet to be found...Eurasian Hoopoe is one of them!

Our last full day arrived much too quickly! It was another beautiful morning clear sky, bright and sunny all day.

We decided to re-visit the small lake at Metochi to see if any more Crakes had arrived. The lake was like a mirror, dead still with perfect light, photographers were having a field day taking many ‘reflection’ pictures. Little Bittern, Squacco Heron, Little Crake (6), Sedge, Reed and Great Reed Warbles were all seen well. 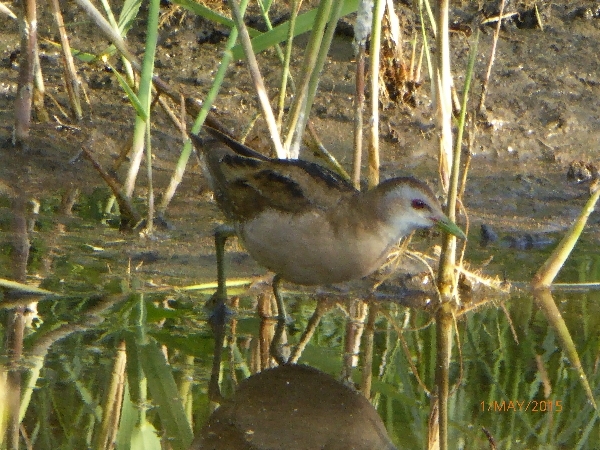 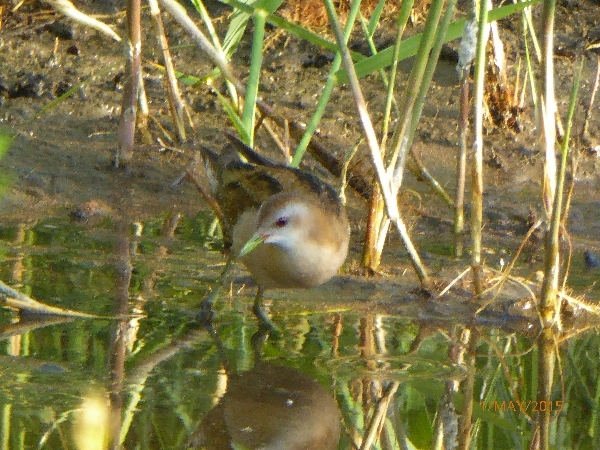 But it was the hedgerow that took most of our attention because a Marsh Warbler was singing from it, however  trying to locate the bird was another story. It is amazing how many other birds turn up when you are searching for one species, in the same bush we located, Cetti’s Warbler, Great Reed Warbler and a Lesser Whitethroat but not the Marsh Warbler.

After breakfast we headed into the Napi Valley, running north from Kalloni Salt Pans this 14km wooded valley is one of the most beautiful on the island. It starts with rocky steeply graded hills and broadens into oak, olive and fig woodland. It is excellent habitat resident breeders such as Eurasian Hoopoe and Eurasian Nuthatch both of which were seen well throughout the valley. In the rocky areas we found Blue Rock Thrush, Black-eared Wheatear, Eastern Black-eared Wheatear, Cretzschmar’s Bunting, Cirl Bunting, Sombre Tit and many more. 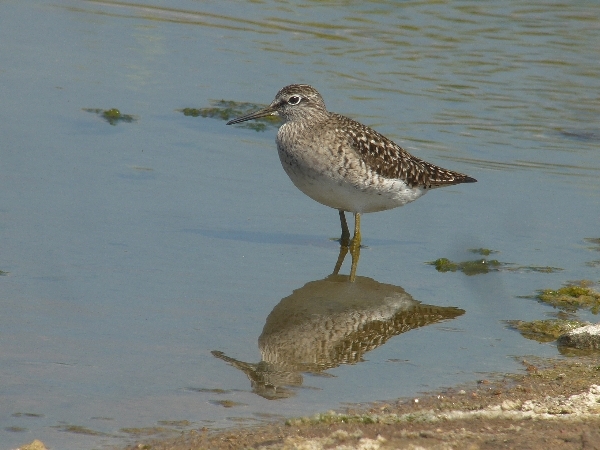 it wouldn't be right not to exhibit the iconic WOOD SANDPIPER

At the northern end of the valley we turned onto a track that led us through more woodland where we looked for Olive Tree Warbler, despite extensive searching we failed to see or hear one. Golden Orioles flitted through the trees, many Subalpine Warblers were also found and we saw yet another Eleonora’s Falcon.

From the Napi valley we drove to the eastern side of the Kalloni Salt Pans, we had a pleasant surprise when we noticed a large flock of terns flying over the ‘feeder’ channel. There were a total of 43 White-winged Terns, a couple of Whiskered Terns and a single Black Tern,  a fantastic sight to see them feeding over the nearby grassy fields. 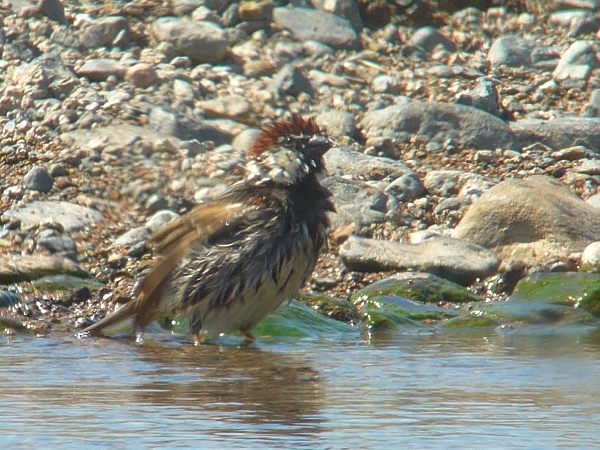 There we still large numbers of Ruff feeding in the pans as well as Black-tailed Godwits, Spotted Redshanks, hundreds of Avocets and Greater Flamingos. As the sun went lower the light improved, perfect for photography, we spent an hour so walking around a side channel taking pictures of  Yellow Wagtails and Waders. We then put in some time searching for a Rufous Bush Robin in the scrub around a pumping station, we couldn’t find one but had a great time trying watching several Eastern Olivaceous Warblers sorting out territorial disputes. 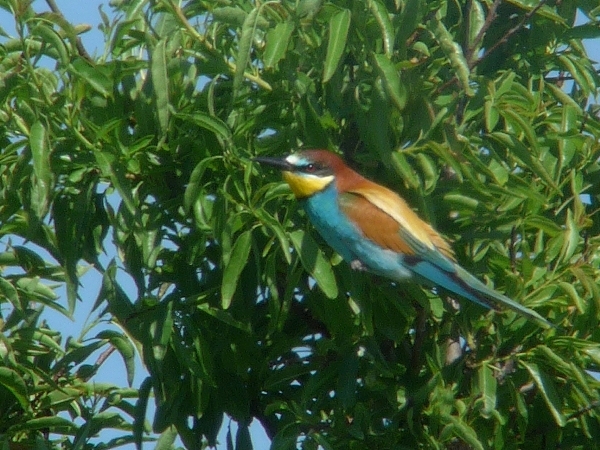 Finally we drove to the Tsiknias River where we stumbled upon a small group of European Bee-eaters, it was great to catch up with this most colourful species and to get much better views of it. After spending a little more time strolling along the river where watched Glossy Ibis, Squacco Heron, Little Bittern, Little Egret and a Black Stork we finished our birding for the day.

For dinner we decided to eat down in the square of Skala Kalloni, our table overlooked the pretty harbour and the beach, what a beautiful setting and a fitting end to our week-long stay. We tried to decide upon a ‘bird of the week’ but failed miserably, Roller, Little Bittern, Black-headed Bunting and Cretzschmar’s Bunting were all mentioned.

For me the sightings were all special, even the ubiquitous Corn Bunting, but I had two ‘Lesvos’ ticks with Demoiselle Crane and Griffon Vulture, so they have to be up there.