Our final day had arrived and oh so quickly, where did the time go? Our last early morning excursion was to the salt pans because we were hoping to see a Spoonbill or perhaps a Marsh Sandpiper. We saw neither! But our walk along the east track was lovely, the morning was gorgeous, bright sunshine, no wind and perfect light for birding. 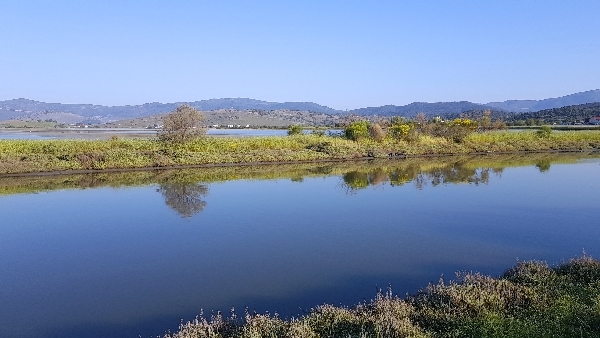 As we walked along the track a Spur-winged Lapwing flew up from the bank of the channel that surrounds the pans, we also saw Great Egret, Greater Flamingo, Common Shelduck, Black-winged Stilt, Wood Sandpiper, Little Stint, Kentish Plover and Little Egret all feeding in the same channel!

We scoped the distant salt pans and found a group of 5 Dalmatian Pelicans, a few Common Terns, a single Sandwich Tern and lots of Little Terns. A Grey Plover was also noted in a different area of the pans. In the grassy scrub to our left we found another target bird that had eluded us so far, a Zitting Cisticola, it performed well and sat in the grass still zitting away. 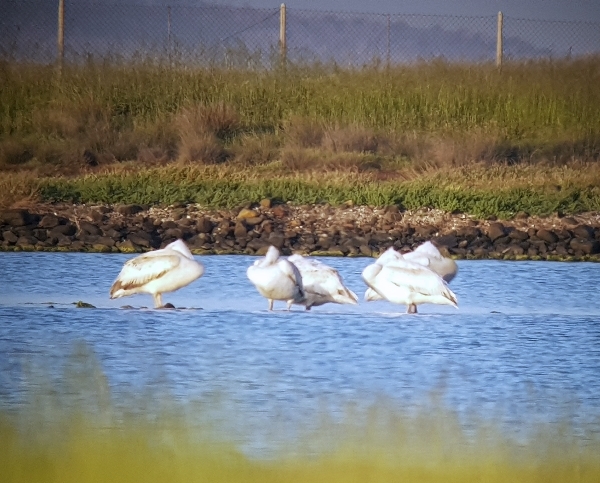 We took a leisurely breakfast, then we checked-out, packed the bus with our luggage and said goodbye to the hotel staff. Our route was to be along the shore of the Gulf of Kalloni to Achladeri to try to find a Short-toed Treecreeper which was another bird missing from our list.

A quick stop at Mesa where we scanned the beach pools and part of the bay finding our first Great Crested grebe of the trip and seeing some Ruff, Curlew Sandpiper, Wood Sandpiper and more Black-winged Stilts.

In the pine woods at Achladeri we struck out with the Treecreeper, gods knows where they have gone? We did see lots of Chaffinches, also Blue and Great Tit, Gold Finches, Green Finches and not much else. From Achladeri we drove to Loutra which was on the Mytiline side of the Gulf of Gera, it is a site which has been recently colonised by a small group of Laughing Doves. We spent a while walking around the town centre where we saw lots of Collared Doves but not the Laughing Dove. It was a group of elderly guys sitting at a roadside café that pointed out the Dove. Amazingly we had walked right past it, a single bird was sitting on a nest just above a shop entrance.

Our last target bird of the trip was the Ruppell’s Warbler. We had searched for this species at the usual breeding site at Kavaki, near Petra on the north coast without success. But there is also a small colony on the south coast near the beach resort of Haramida. We walked along the main road and found Cretzschmar’s Bunting, Black-eared Wheatear, Long-legged buzzard and eventually the Ruppell’s Warbler put on a show. What a stunning little bird, we found a male that sang in between bouts of foraging for food to take back to its chicks in a nest somewhere close by. 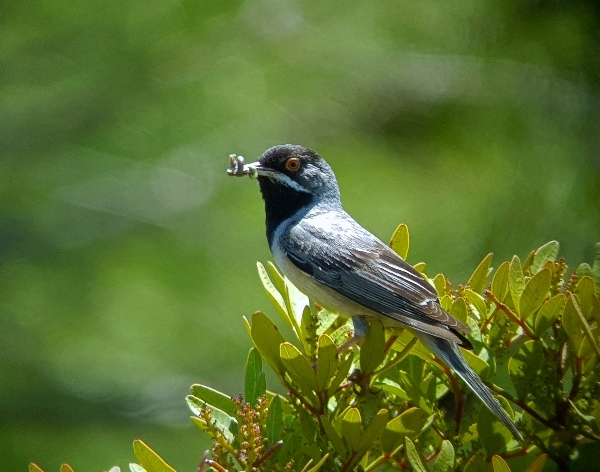 our final target bird in the bag, the stunning Ruppell's Warbler. 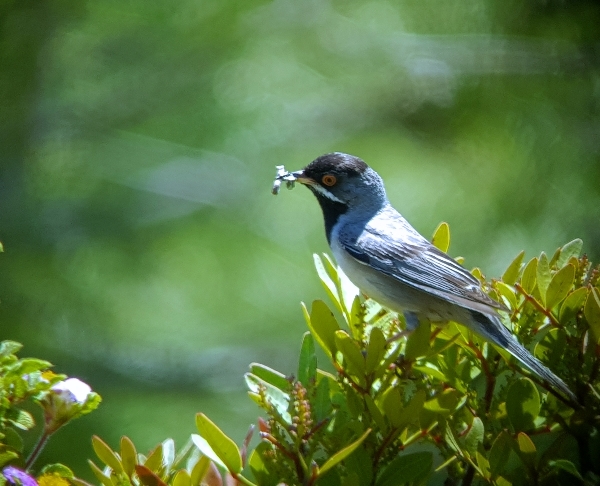 We stayed watching the warbler for a short while and left it in peace after just a few minutes. Well, job done, we had no other target birds to find just time enough for a lovely lunch at a beach taverna. We then arrived at the airport around 2:45 in readiness to check-in for our 16:40 flight to Thessaloniki.

We had seen 157 species and heard a few more, I can’t believe that we never actually saw a Hoopoe after hearing several distant ones calling!! All in all we had a good trip not a great one as far as the birding was concerned, I think the windy conditions on most days spoilt it somewhat. My group was fantastic, we had plenty of laughs (at my expense) and enjoyed each other’s company very much.

Tomorrow I will be meeting another group (Paul and Mike from this Lesvos group will also be joining me) at Thessaloniki Airport for a week-long trip to Lake Kerkini.