A morning trip walking the Marchenilla Track and other places

Pete, Christine and I left the house at 8am and headed out of the village along the coast road towards Jimena de la Frontera, it was dull and overcast but some distant light blue patches promised better things.

We turned off the main road after a few kilometers onto a quiet lane that took us into a wide valley with patches of wild olives and pasture. We stopped to ID a flock of starlings and found both Common and Spotless varieties, a few Common Swifts flew over too.

A short walk into the valley produced a number of nice sightings, we saw Short-toed Eagle, Black Kite and Common Kestrel on top of the pylons and on the power lines were Wood Pigeons, Corn Buntings and a single Turtle Dove. A little nearer and a lot closer to the ground we saw Common Stonechat, Woodchat Shrike and Sardinian Warblers. 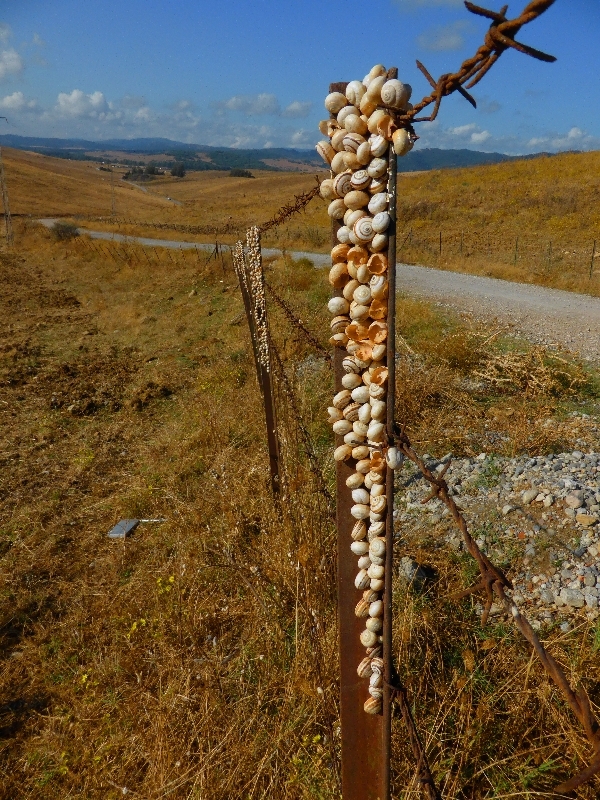 Aestivating snails were seen all along the Marchenilla Track

Our walk along the the Marchenilla track was full of sightings and our progress was slow and enjoyable. Hundreds of House Sparrows dashed about in large flocks as did Greenfinch, Goldfinch, Linnet and Corn Bunting. Zitting Cisticola, Sardinian Warbler, Blackcap and Common Stonechat flitted in and around the hedgerows on both sides of the track but there was no sign of any raptors at that time.

As we advanced along the track the landscape changed to open pastures on gently sloping hills, two lines of pylons and their connecting wires provided perches for most of our sightings. Bee-eaters chased flying insects, as did Barn Swallows and House Martins, a couple of Spotted Flycatchers performed the same from a fenceline.

Finally we found a few raptors, a low flying Honey Buzzard was nice, a perched Short-toed Eagle looked majestic as is perched in a eucalyptus tree, a couple of Common Kestrels hunted in the valley. Other sightings along the track included Tawny Pipit, Southern Grey Shrike, Common Buzzard and Eurasian Hoopoe. A small flock of Red-rumped Swallows sat on a power line towards the end of the track. 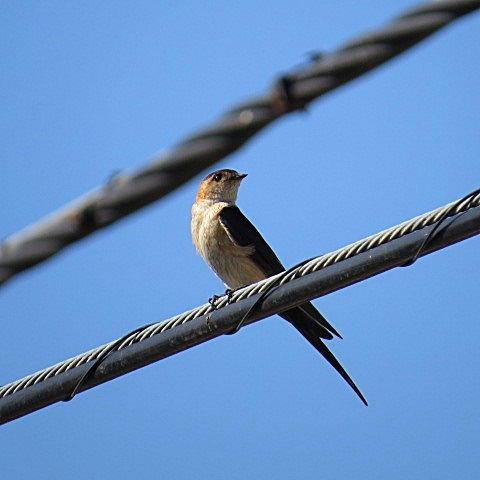 For our last hour of the morning we visited the Rio Hozgargante near Jimena, this river has now stopped flowing and consists of a number of pools surrounded by reeds and dense vegetation. We parked by a ford where we could watch an open pool and where lots of birds were coming to drink. A Cetti's Warbler called but failed to show but we did see Common Kingfisher, Olivaceous Warbler, Willow Warbler, Common Chiffchaff, Bonelli's Warbler and Blackcap. A short walk produced Firecrest, Short-toed Treecreeper and we heard a Eurasian Jay. High above we listed a couple of Honey Buzzards, Booted Eagle and plenty of Griffon Vultures just before we left for home.

The afternoon was spent down on the coast on a non-birding visit, although we did log Yellow-legged Gull and Monk Parakeet.