Another dreadful morning of wind and rain, but it did clear up around 2pm so I went for another look for the local 'rarity' YELLOW-BROWED WARBLER.

The local green-space called 'Open-Space' is a parkland area that follows a stream that snakes its way through the Yeovil suburbs, it has hosted 2 Yellow-browed Warblers, a Siberian Chiffchaff and many Goldcrests for the last month ir so. 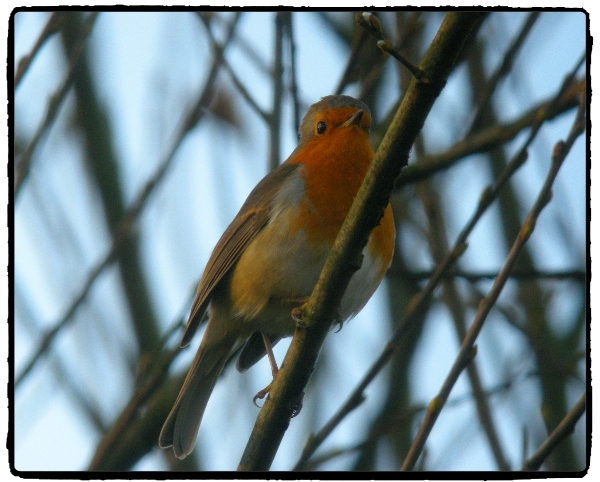 This park is just 10 minutes from home so when the sun came out so did I. Within minutes of arriving I located the warbler and over the next hour I had some great views of it, I very nearly got a good picture of it! I also added Common Chiffchaff, Long-tailed Tit and Goldfinch to my year list. 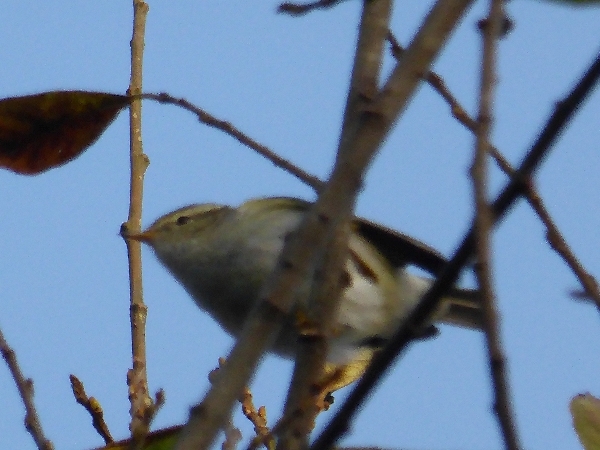 just a record shot of Yellow-browed Warbler - you can just about see its yellow brow!

At 4pm the sun disappeared and so did I.