This was a very quick visit to RSPB Lodmoor, Weymouth in brilliant late afternoon sunshine.

I was birding in the Andean Mountains of Colombia a few days ago and today I was in Weymouth, Dorset!!!  You know what, it was just as enjoyable watching European birds as it was watching colourful Tanagers and brilliant Hummingbirds in the rain forest.........not!!

I had a little business to conduct in Weymouth, my meeting was at 2pm and it was over before 3pm, so Dawn and I dashed down to Lodmoor for a spot of late afternoon birding. I had to drag Dawn around the track and I was hoping that the LESSER YELLOWLEGS  (a wintering North American shorebird) would be around. 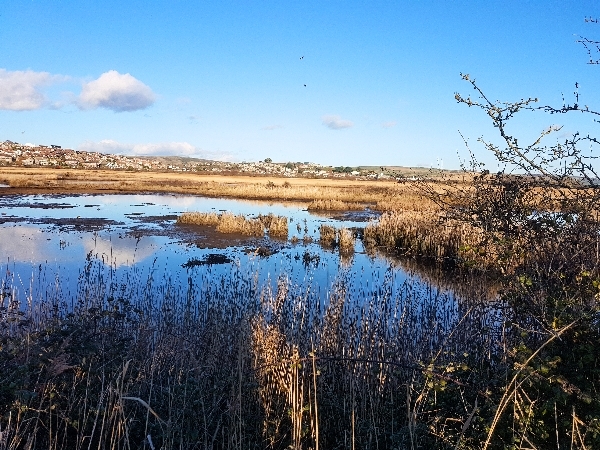 A suuny afternoon at Lodmoor, Weymouth

As luck would have it we had to walk a little further than expected, much to the annoyance of my very cold wife, we were both under-dressed for a frosty outing. Nevertheless, the bird was there and as we approached the best view point it flew towards us and landed within 3 mters of us!!  Wow, what a view, it was far too close for a phone-scope pic and it was moving far too fast for a hand held phone pic. Before I had time to do either, the bird flew off!!! 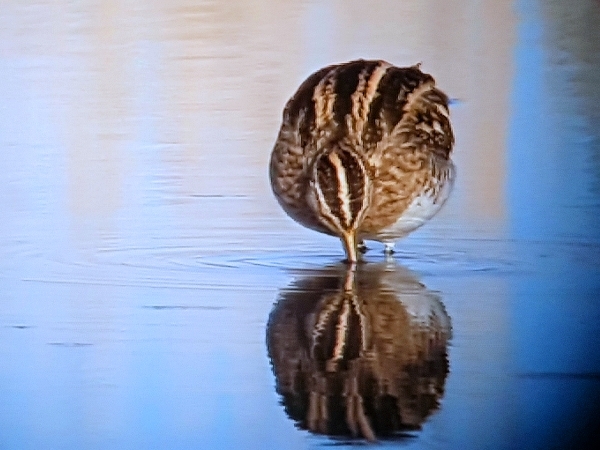 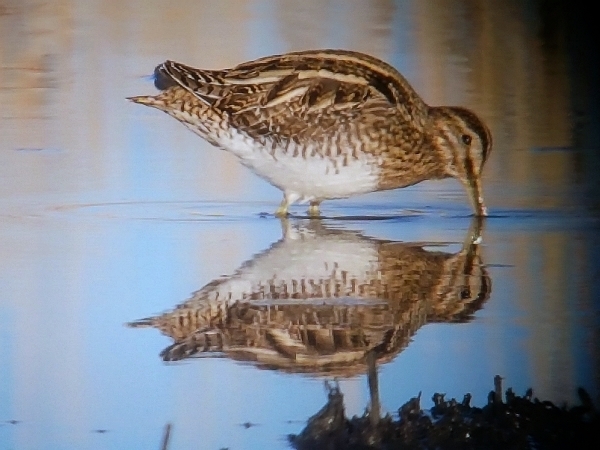 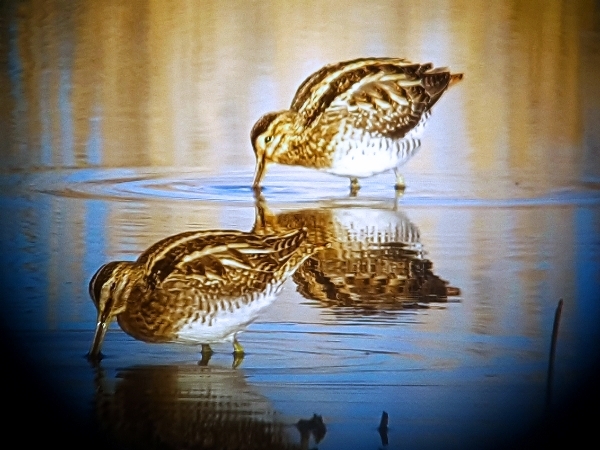 "Never mind" said Dawn "let's go". I couldn't believe it, my best ever view of this wader and I never got a shot off. Still there were lots of other species around. Plenty of Common Snipe, Northern lapwing, Eurasian Teal, Black-tailed Godwit, Common Shelduck, Northern Shoveler and a very obliging European Robin. 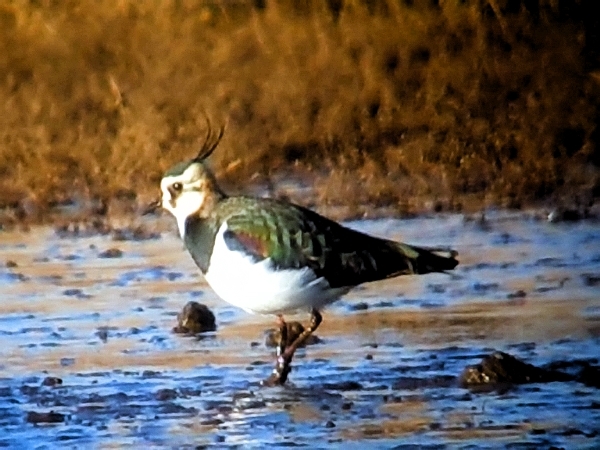 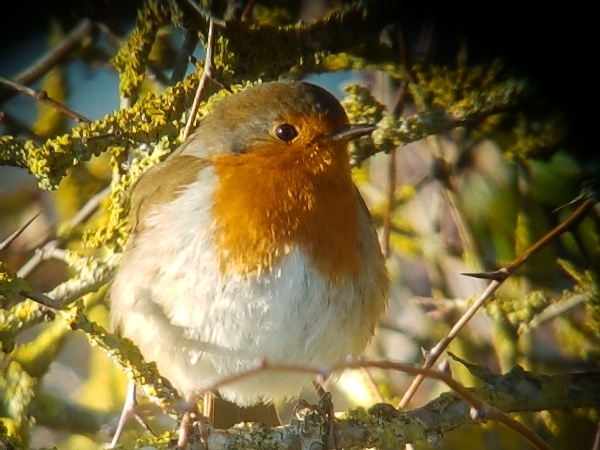 The star bird of my other sightings was a Ruff, this super wader had a brilliant white head, neck and chest and refused to stand still enough for a photo, the camera really didn't like all that white in bright sunlight, so I gave up on that picture too!

I must admit, it was getting cold, so I relented and we left without a photo of the Yellowlegs.