This was the first day of a short-break to Menorca, an all-expenses-paid trip organised jointly by the Spanish and Menorcan Tourist Boards to promote Eco-Tourism to the Island. Who said that there was no such thing as a free lunch??

I joined 4 other birding guides and two young ladies (who were ‘horsey-people’ looking at Horse Riding opportunities) on the flight at 7:05am at Gatwick – which meant that I was up at 4am this morning after arriving from the USA at 10:30am yesterday, no rest for the wicked!

On arrival we were greeted by Alberto who led us to our bus which transported us to the island’s capital Maò-Mahòn, often pronounced just Mahòn in English. Alberto gave us a very informative tour of the town centre and harbour area, explaining its culture and pointing out historical features. This was followed by a boat trip which covered the huge natural harbour, at 5km in length it is apparently the second longest natural harbour in the world after Pearl Harbour in Hawaii, it was during this boat trip we logged our first birds. 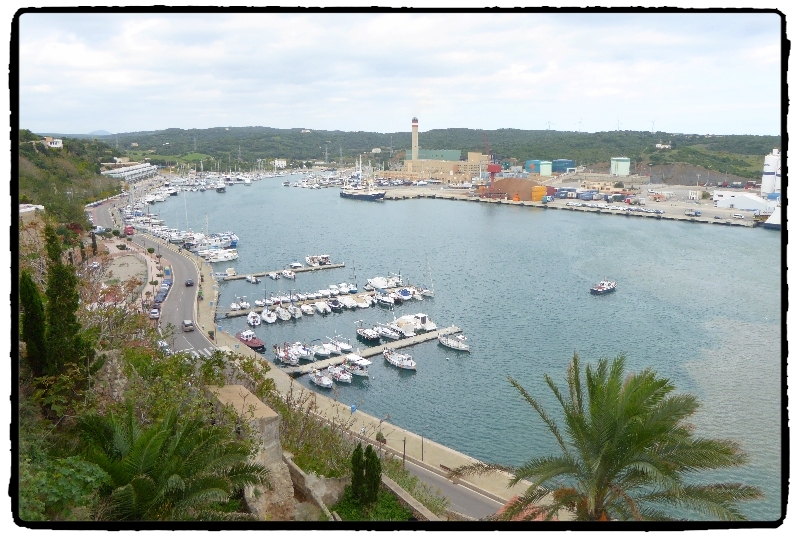 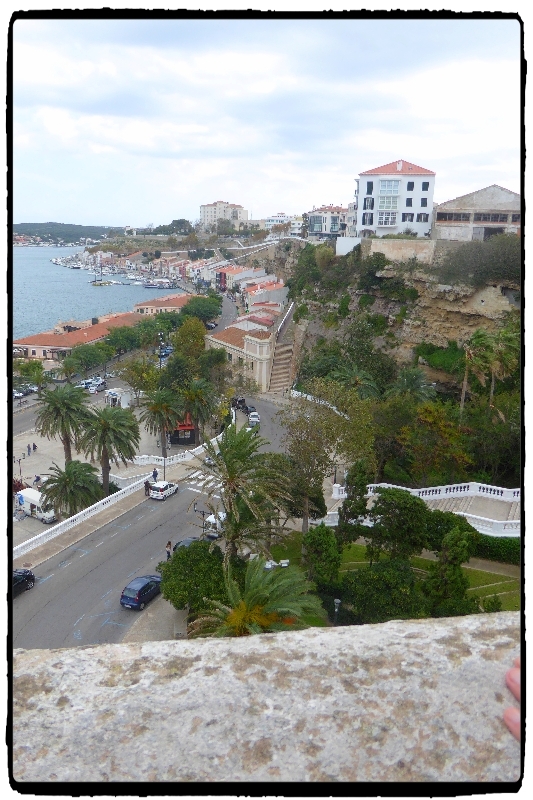 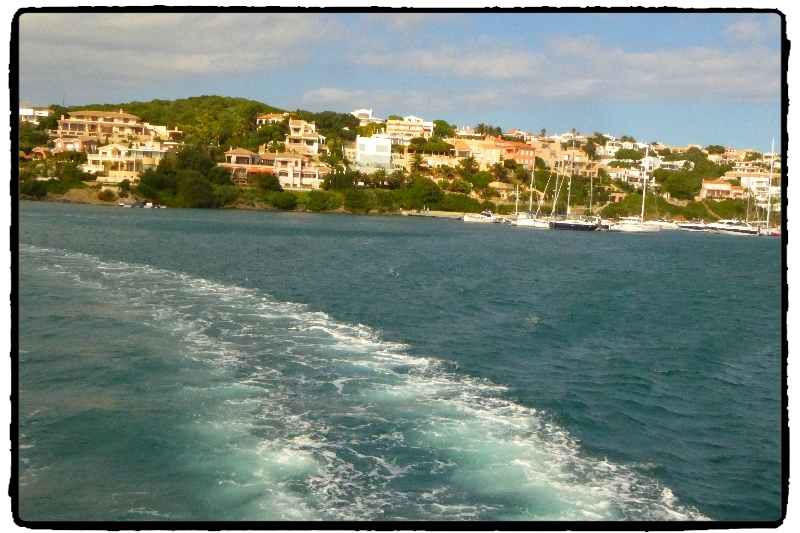 An Audouin’s Gull sat on the water very close to the boat as we embarked for our cruise whilst several Yellow-legged Gulls drifted over. We also noted European Shag, Black-headed Gull, Grey Heron, Common Kingfisher, Little Egret and 3-4 Booted Eagles. At the entrance to this huge harbour we cruised beneath some cliffs which held very good candidates for true Rock Doves, we also logged Blue Rock Thrush and another Booted Eagle. 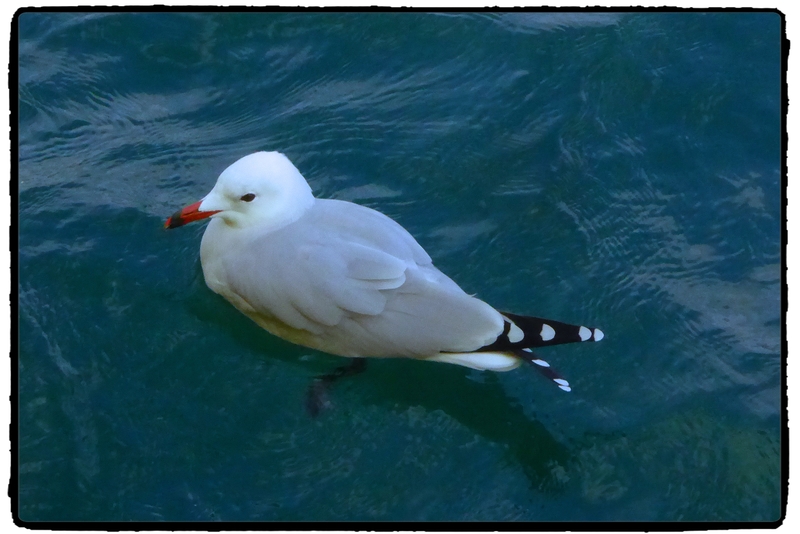 The wind was quite strong as we returned which made it difficult to bird-watch but we found Sandwich Tern and one guy had a sighting of Common Sandpiper. The sky cleared and the wind dropped as we got back onto the bus to be transferred to a bodega just outside of Es Castell where we were treated to a lovely lunch. We also met our bird guide, Xavi, who was going to be with for most of this 4-day tour.

At 3pm we got back onto the bus and were driven to a nature reserve on the northwest of the island, it gave us the opportunity to see some of the beautiful countryside with its dry-stone walls and small enclosed fields, a lot like the Peak District in the UK.
We stopped along the way to view a pool on a golf course which held a number of species, we saw; Mallard, Red-crested Pochard, Little Grebe, Common Moorhen, Eurasian Coot, Grey Wagtail and Common Chiffchaff. A few Booted Eagles flew over, this was to be a common sight throughout the tour as a number of these eagles over-winter here. 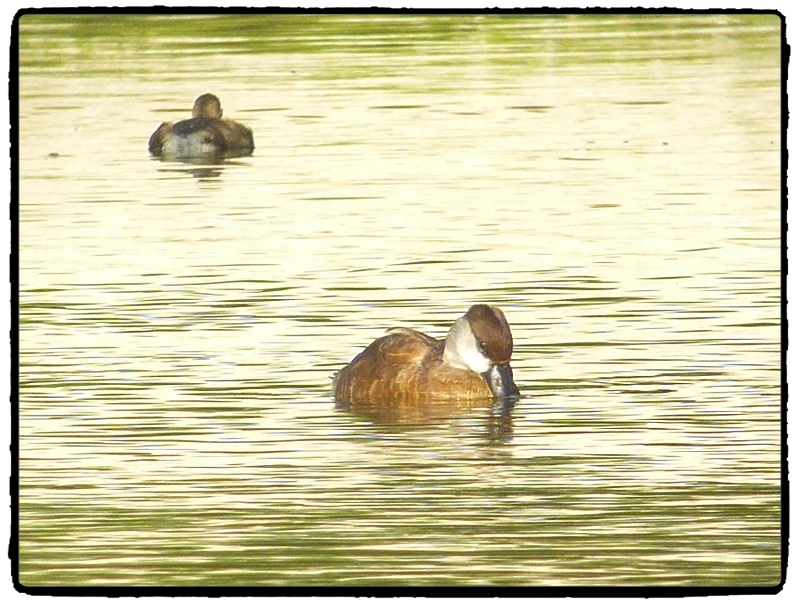 At the Son Saura del Nord Natural Park we noted an Osprey from the car park and a couple of butterflies, Small White, Speckled Wood, Clouded Yellow as well as damselflies and dragonflies. Xavi led us along a trail through a pine wood to a small hillside that overlooked a huge marsh area with a large open pool not far below us. The pool was covered with many birds we added, Northern Lapwing, Northern Shoveler, Eurasian Teal, Pintail, Great Egret, Purple Swamphen and several Marsh Harriers joined the ever-present Booted Eagle above the marsh. Other birds of note were Common Kingfisher, Little Egret, Grey Heron, Little Grebe and small flocks of Common Starling. 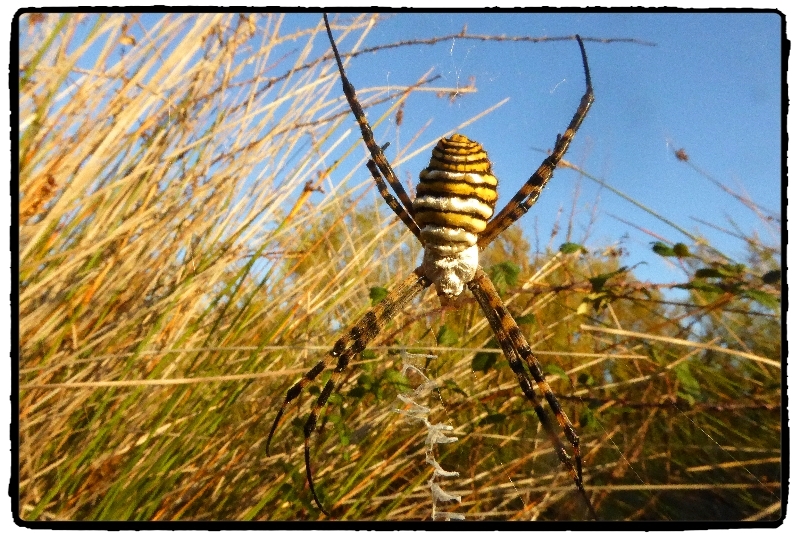 Good numbers of migrants flitted about in the scrub, these included an amazing number of Song Thrushes and also many Blackcaps, we also found Zitting Cisticola, Greenfinch, Common Stonechat, Collared Dove, Wood Pigeon and Goldfinch.
We lost the light as the sun went down around 6pm so we made our way back to the bus which then transported us to our hotel, it was about a 30 minute drive to the Hotel Artiem Audax found at Calla Galdana on the southwest coastline.
We were then treated to a lovely dinner before retiring to bed, it had been a very long day.