After a lovely early breakfast we were on the road by 8am, we had a 50 minute drive to the Southeast corner of the island to a town called S’Algar where we were to board a boat for a trip to an offshore Island called Illa de L’Aire. 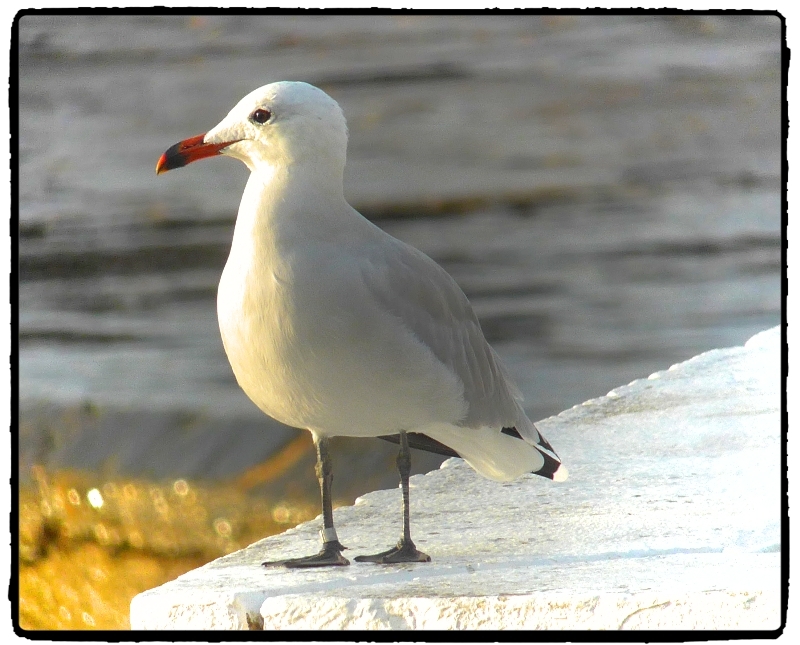 another shot of the beautiful AUDOUIN'S GULL

We arrived in good time so we spent a short while watching out to sea and looking at birds in the little harbour. We found a very obliging Audouin’s Gull and a few European Shags, this is the Mediterranean Shag - sub-species (desmarestii). 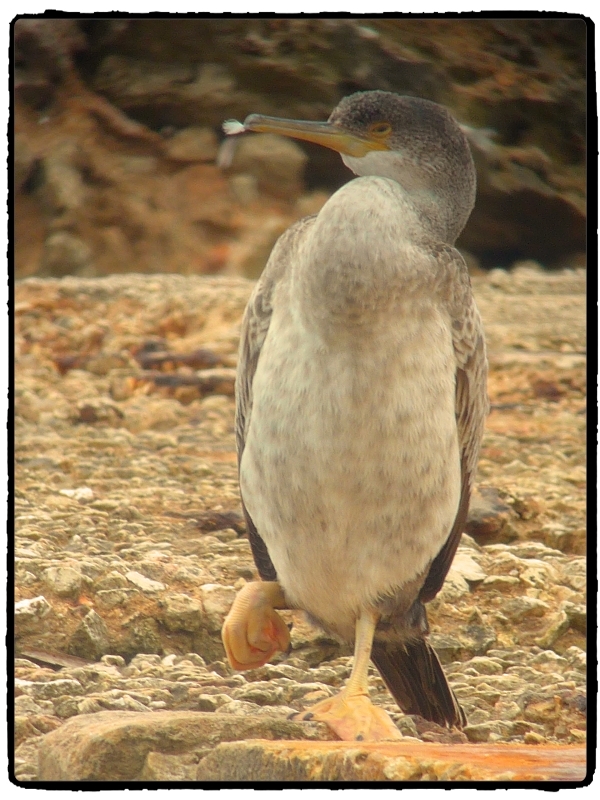 This small island is privately owned with no public access, it is virtually treeless with just a few bushes near the landing station. The terrain is essentially flat with a gently rise from north to south culminating in south facing cliffs of about 20 meters in height. A working unmanned lighthouse is situated on the eastern end, the whole island is covered in low scrub and rocks, near the landing jetty an area of tamarisk bushes extends for about 100 meters and it is there that a bird-ringing station has been established by the Menorcan Ornithological Society. 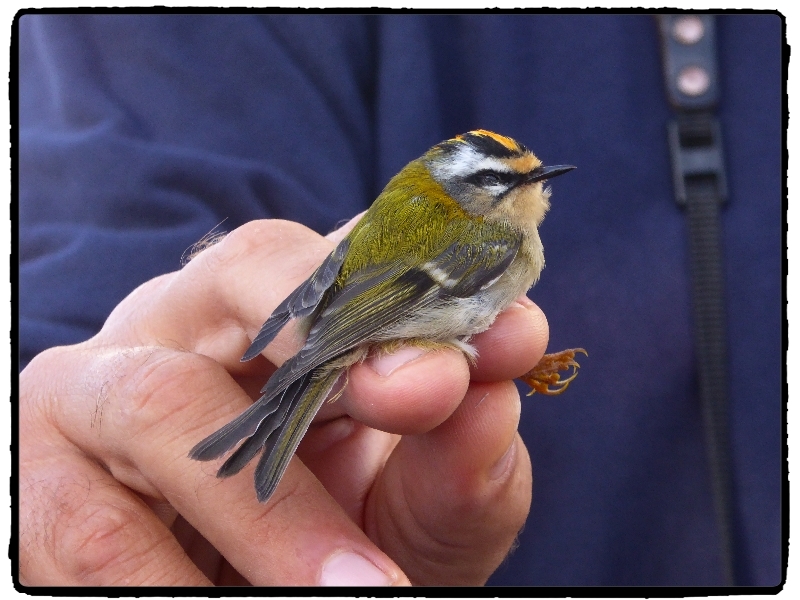 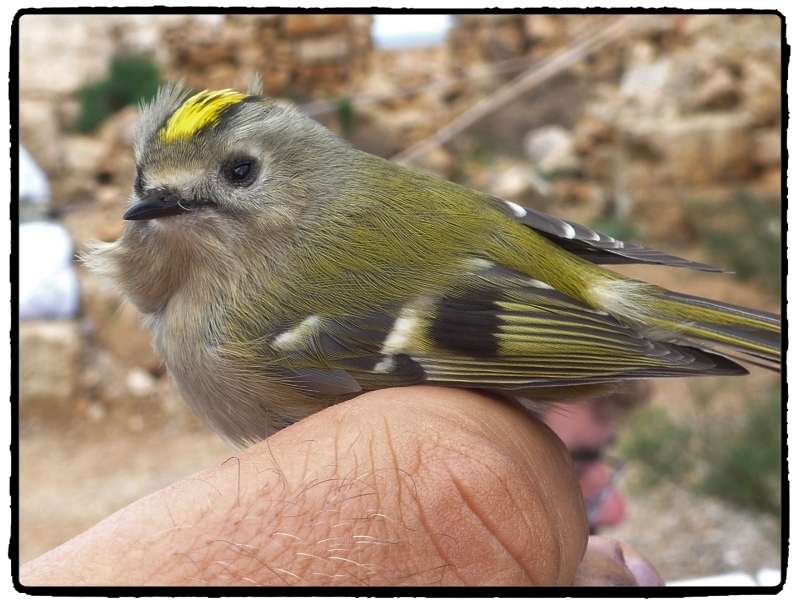 The trip across to the island took about 30 minutes, we arrived at 10am and walked straight to the bird ringing station where a small team of ringers were busy with the mornings catch. Recent catches have numbered in the low hundreds and they looked very busy today, it was a cloudy morning but there was no wind and the sun was just breaking through. Over the next hour we were treated to a feast of ringing, with a number of bird species, each being carefully processed, weighed and measured, aged and sexed where possible. We saw Robin, Song Thrush, Blackbird, Blackcap, Linnet, Goldcrest, Firecrest and Chaffinch in the hand. 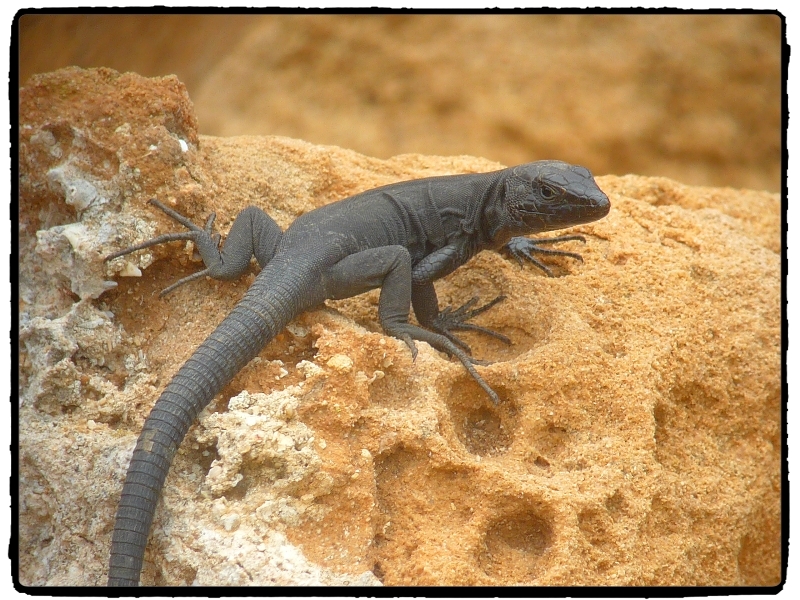 As the sun warmed the rocks around us hundreds of black lizards began to emerge, these were Balearic Lizards, an endemic species found only on this island, a recent estimate put their population number between 20-30,000!!

We then took a walk to the lighthouse birding along the way, we noted a pair of Peregrine Falcons on the lighthouse, a Green Sandpiper on the rocky shore, lots of European Shags and plenty of genuine Rock Doves. At the southern shoreline we were 20 meters above sea level and could see neighbouring Majorca to the Southwest and we also noted both Cory’s and Balearic Shearwaters and Northern Gannet. 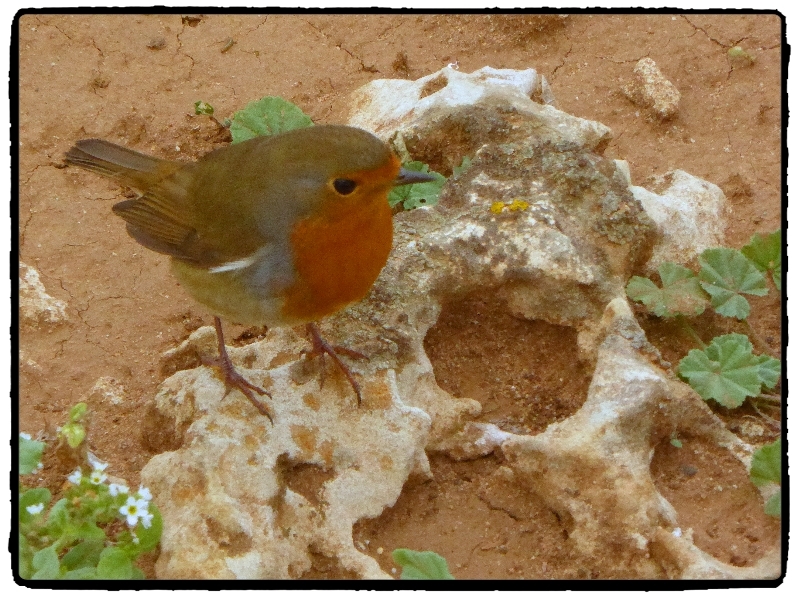 EUROPEAN ROBIN - the most common bird on the island,  out of 254 ringing records from yesterday 199 were Robins

At 12 noon we returned to the ringing station for the last hour before boarding our boat for the trip back to the main island. After landing we were then taken to a hotel just outside of S’Algar and treated to a superb lunch. The hotel was top-class, the main building was a converted 14th century mansion, surrounded by a number of annexes which were converted stables and barns, the rooms were finished to a very high standard. The 6 course taster menu was also first class and so was the wine, what a treat!

It was 3pm by the time we left the hotel, we just time for a short walk to a local beauty spot which was certainly beautiful. The track lead us through a wooded hillside ravine, we walked along a dry riverbed bordered by cliffs some 10 meters in height, many caves and craggy outcrops gave a lot of beauty and character to landscape. The track led us down to a tiny sandy beach where the ravine narrowed and the sea gently lapped on the shore. It was a very picturesque site and quickly became a favourite of the group. 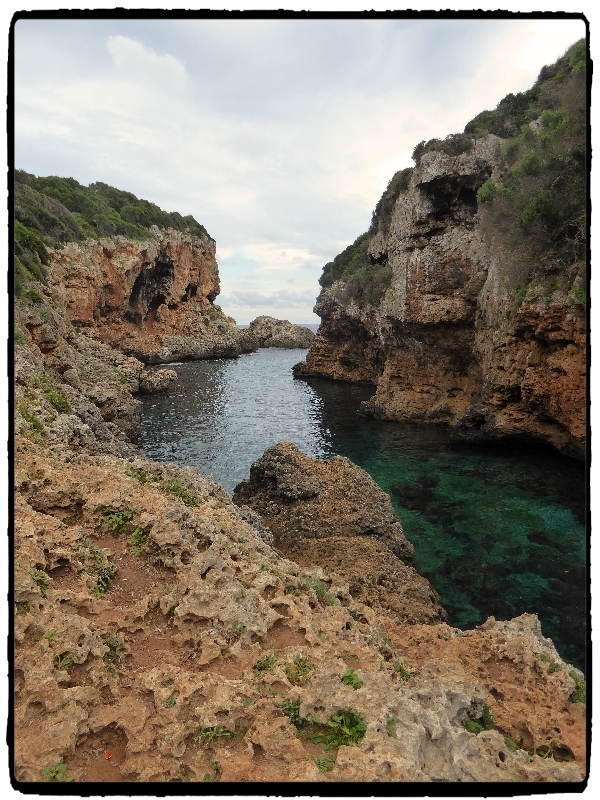 the beautiful gorge at the end of our walk

We stayed for a while gazing at the beauty of the steep cliffs and the clear sea water where many fish could be seen before we set off on our return journey.

Back at the bus we decided to call it a day, it was now 5pm and journey back to the hotel took 50 minutes.  An early dinner was followed by an early night.