Our last day out in the field was spent visiting more wonderful habitats, the first of which rapidly became my favourite and produced a lot of species..............

Prat de Son Bou is a Natural Area of special interest for birds and constitutes one of the main areas of marsh in Menorca and the most important on the south coast. It is a salt marsh of about eighty hectares laid out almost parallel to the coast, separated from the sea by a stretch of sand, which forms the Son Bou and Talis beaches. The marshland is fed by two streams and is wet throughout the year, however, the presence of water varies between temporary pond areas and deeper spots where water is present all year around. In the temporary ponds, ditch reed (Phragmites australis) dominates. We parked near the seaside town of Son Bou and walked the circular track which crossed the wet meadows and from a rise we had superb views of the whole marsh area. 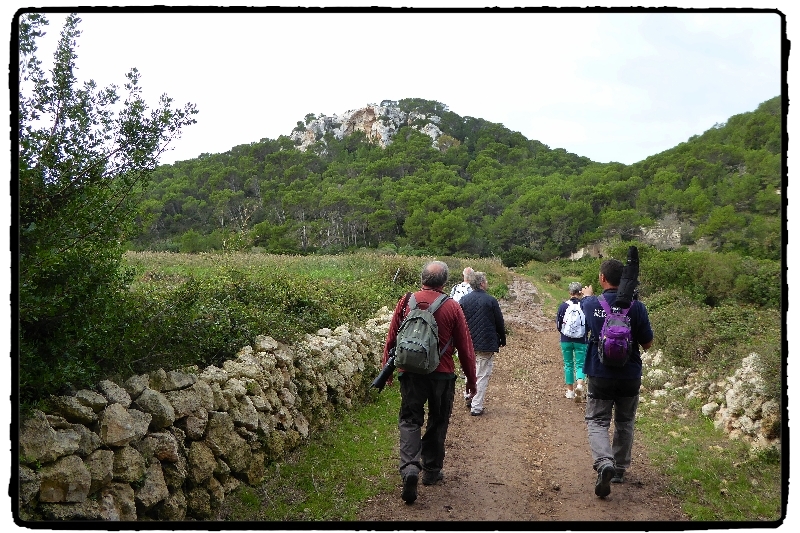 The marshland was full of birds, the hedges held lots of Corn Buntings, Stonechats, Linnets, Song Thrushes, Blackcaps and Chiffchaffs whilst the dry stone walls were good for Black Redstarts and we saw a group of four Eurasian Hoopoes.

The walk led us towards the shoreline through some wonderful countryside with the marsh always close by. We had some good sightings which included: Gadwall, Shoveler, Wigeon, Teal, Purple Swamphen and we had flight views of both Common and Jack Snipe. 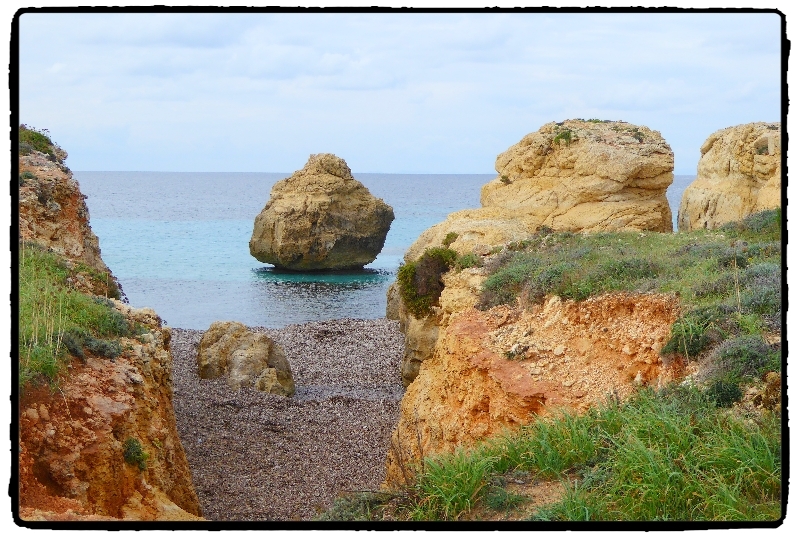 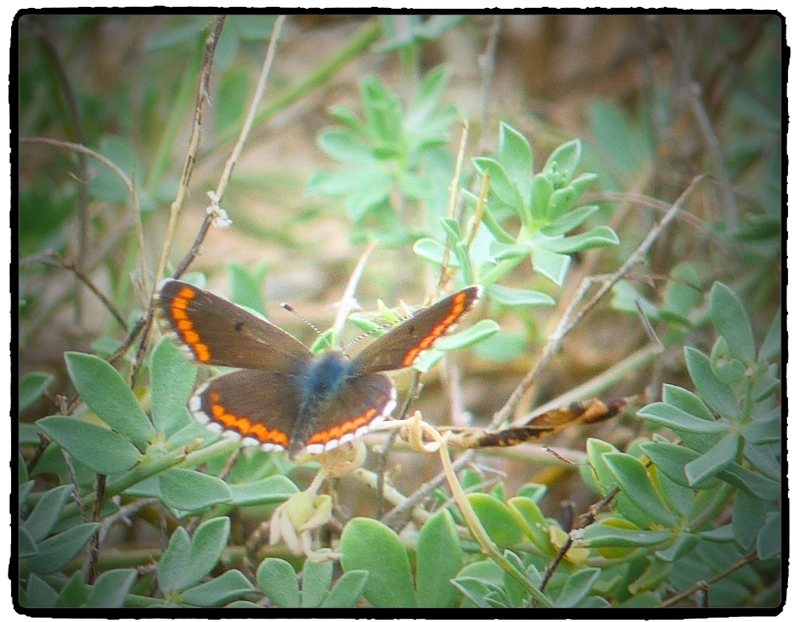 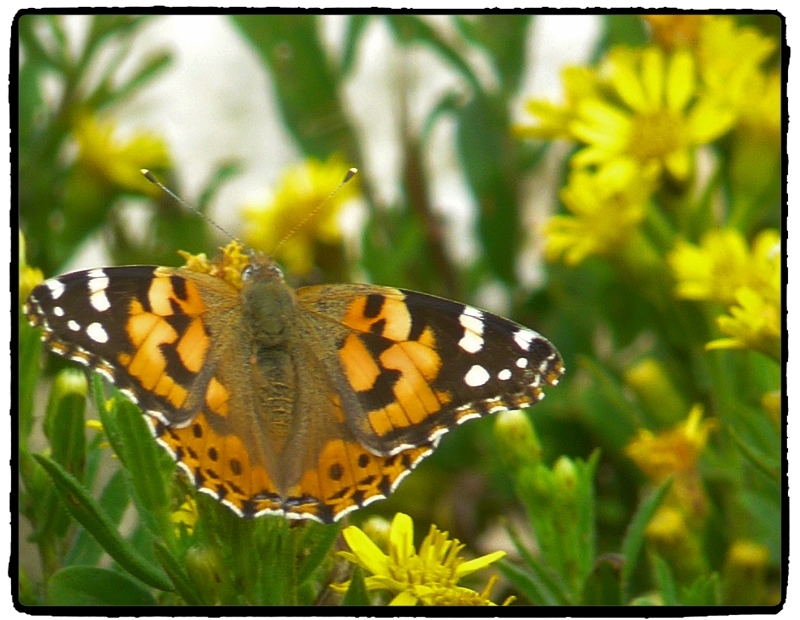 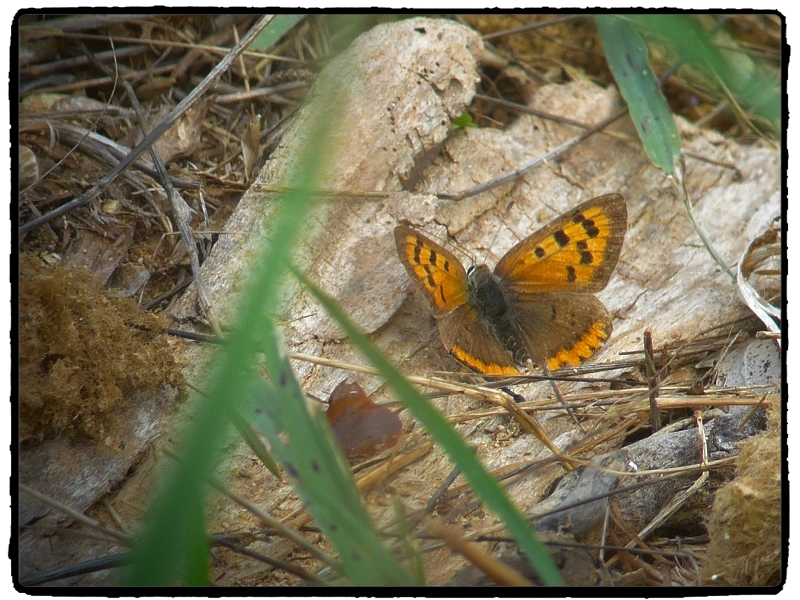 The final part of the walk was along the beach through the sand dunes and to the town of Son Bou. Near the end of the path a stream flowed into the sea and form a small laguna on the beach. Many ducks (Mallards and dodgey looking hybrids) were joined by a single superb, male, ‘wild’ Red-crested Pochard in beautiful plumage. A few Audouin’s Gulls sat on fence posts nearby, one had a white ring on its leg, we later found out this bird was ringed in 2012 on an nearby island. 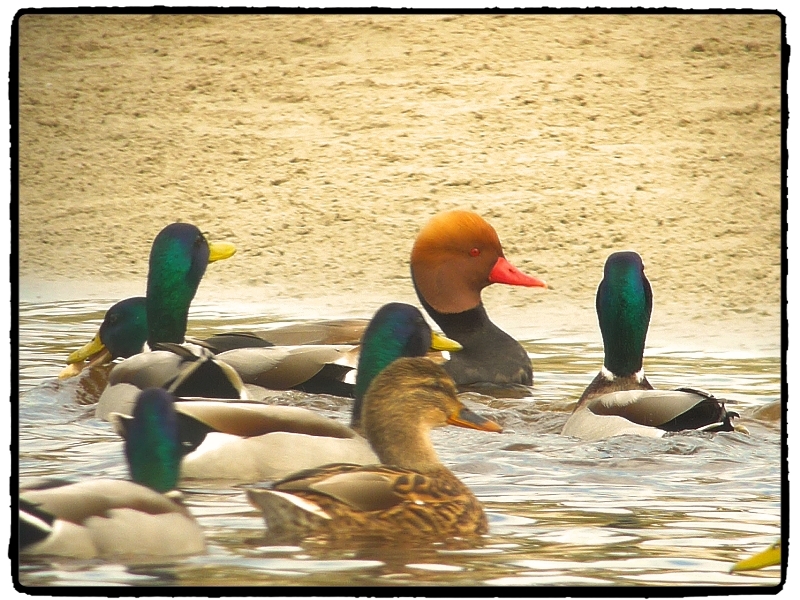 We had another mammoth’s lunch, six sea-food courses plus a dessert and coffee, it took us 3 ½ hours to get through it!! At 4:30pm we wobbled along to a second walk, but the weather turned, it got dull and cloudy so we had only about 2 hours to spare before it got dark at 6:30pm.

Barranc d'Algendar (Natural Area of special interest for birds) is the most important gorge on the island. It starts near Ferreries, alongside the main road between Maó and Ciutadella, at the so-called Mount Santa Magdalena or d’Ugell, and it runs out into the sea at Galdana beach. It is seven kilometres long, making it half the island’s average width, which is 13.5 km. The gorge’s steepest walls are as tall as 80 metres at some points, although they are on average 50 metres high. The gorge was carved by the force of water in the stream that runs through it, this stream is unique on Menorca as it carries considerable water throughout the year, even in dry years. 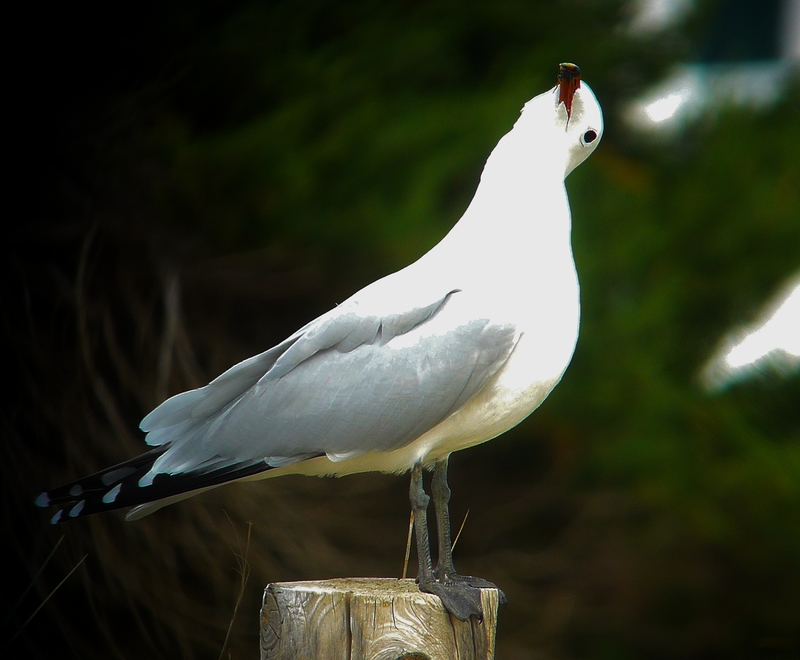 YET ANOTHER PIC OF THE AUDOUIN'S GULL - do you get the feeling that I love this gull?

The Barranc d’Algendar, as is the case with every other gorge, is used as a hunting area by birds of prey like the kestrel, the goshawk, the sparrow hawk, the barn owl and the peregrine falcon. Turtles are present where there is fresh water, as are frogs; the only fish that inhabit the stream are eels and gambusias.

A colony of Egyptian Vultures is RESIDENT here, their numbers are swollen in the winter to about 150 birds, amazing really as all other colonies in Europe migrate to Africa for the winter. We saw one or two birds in the gorge but the middle section of the walk is private with no access so you cannot walk the entire length of this magnificent place.

Lots of Rock Doves called from the cliffs but few other species were seen in the gloomy light and it got dark as walked back to the bus. A Stone Curlew called as we neared the bus and proved to be the last bird recorded on the tour.

Dinner was taken back at the hotel at 8pm, none of us ate very much as our huge lunch was still packed into our expanding stomachs.

The tour was virtually over, it had been a lovely short break, I met some interesting people and fellow bird guides as well as a number of Tourist Board Staff. The intention of this ‘free’ tour was to encourage Eco-Tourism especially bird-watching, natural history in general and horse-riding. It was well organised, we were treated like royalty, we had superb daily outings which gave us a wonderful insight to the island’s culture and wildlife.

It certainly achieved its goal and I for one will return in the near future with groups and family.