The wind direction had changed over the weekend, after days of a strong easterly wind (Levante) it switched to a light westerly, ideal conditions for a good raptor migration across the Strait of Gibraltar to Africa.​Yesterday (Sunday 28th August) for instance over 6.000 White Storks crossed over! 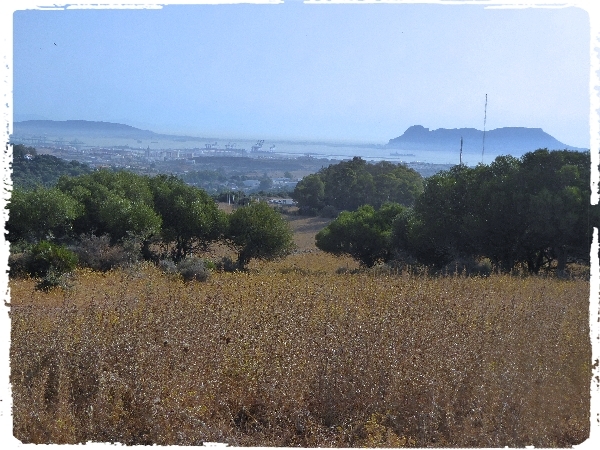 So I went to Algeciras and Tarifa today to watch raptor migration, it was fantastic you would have loved it. I collected Penny from Casares at 9am and we drove to Algeciras and on up the hills towards Tarifa. We stopped just outside of Algeciras at the view point called Algarrobo. 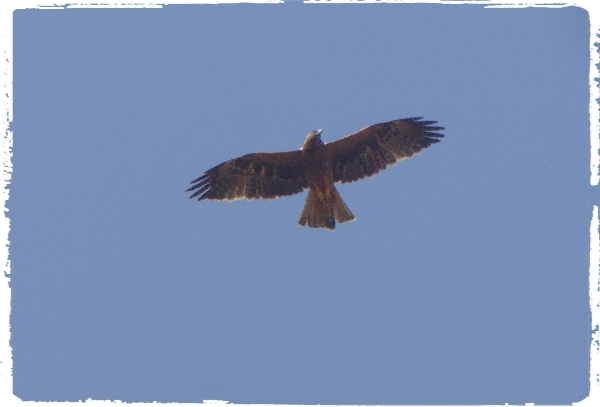 It was quiet at first with a few Griffon Vultures and the odd Black Kite drifting over, but as it warmed up (32C) the sky began to filled with birds.

Apart from hundreds of Honey Buzzards, Black Kites, Short-toed and Booted Eagles, a few Egyptian Vultures and Sparrowhawks passed over and a Golden Eagle and the only Montagu's Harrier of the morning was seen. 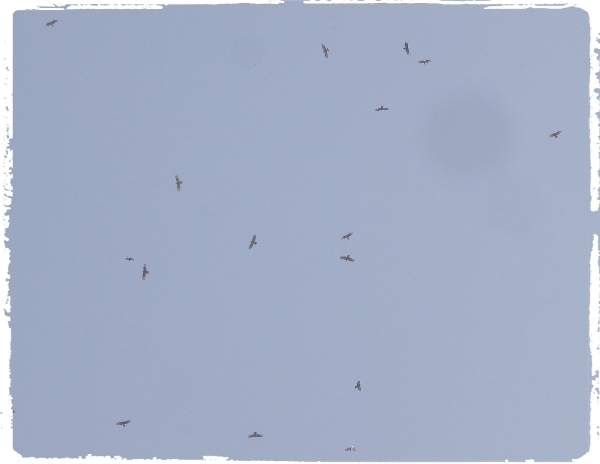 Other species appearing at Algarrobo were over 2,000 swifts,  mixed flocks of Common, Pallid and Alpine, as well as hundreds of Barn Swallows mixed with a few Red-rumped Swallows and a couple of hundred Bee-eaters, phew! Nice birding. 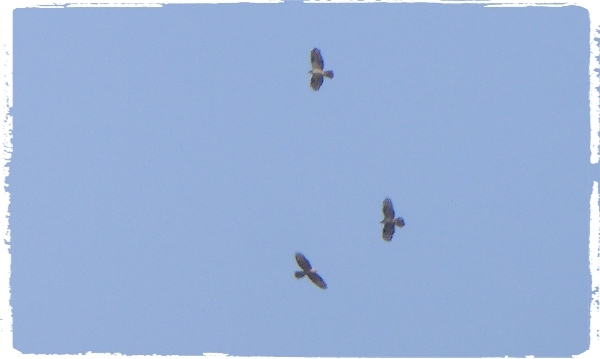 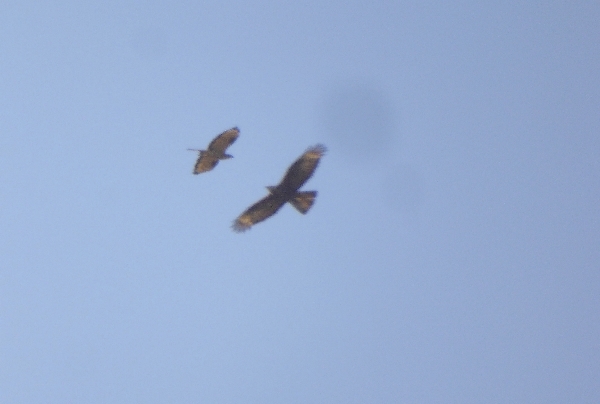 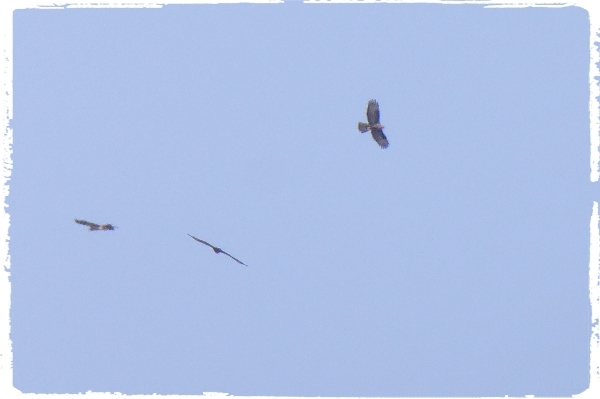 Three hours soon passed so we decided to drive over the hills to Cazalla watch-point which sits on top of the hills just above Tarifa. The bird numbers were a lot less at Cazalla but they passed over much lower. There always seems to be more Booted and Short-toed Eagles there as was the case today. A few more Egyptian Vultures flew by and a couple more Eurasian Sparrowhawks. 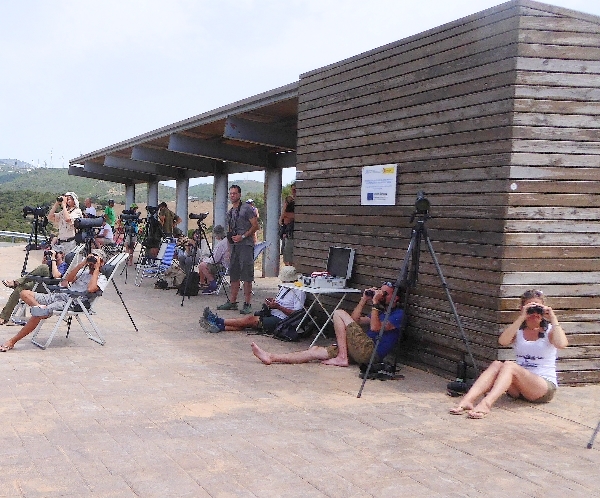 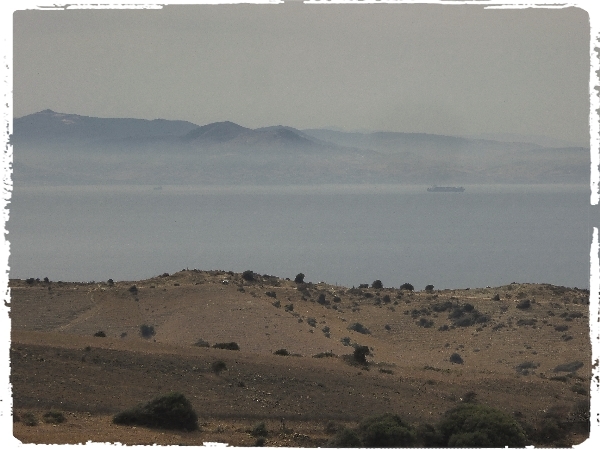 looking across the Strait to Morocco from Cazalla

We ate our picnic lunch and had coffee and cake (courtesy of Penny) before another hour's watch. Movement tailed off around 2-3pm so we decided to head back, the temperature remained at above 30C all day but a pleasant westerly breeze cooled the air.