The weather just got better and better, I couldn't believe our luck. I was expecting to be freezing cold and wet, what a great turn up!

I really can’t believe this weather, when you think it can’t get any better, it does! It was absolutely glorious today, clear blue sky, no wind, it really felt like a spring day.

We checked out of the hotel at 8am after another lovely breakfast we then drove into town to visit the stone pier and the ERIC MORCAMBE  statue. From the pier we had superb close views of hundreds of waders as the tide began to recede. Noisy Eurasian Oystercatchers were joined by hundreds of Common Redshank, Black-tailed Godwits, a few Dunlin, Common Shelduck, Red Knot, Ruddy Turnstones and gulls. 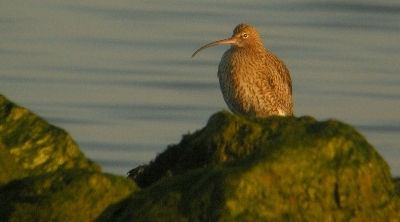 CURLEW in the warm morning sun

Further out we found Red-breasted Mergansers, Eider Duck and a group of Common Scoter flew by.  The light was fantastic and as the sun rose we felt its’ warmth on our backs like a true spring morning, lovely.

Next we drove to a large dis-used quarry which is now a nature reserve called Warton Crag, from the car park you have a view of a huge rock face which became exposed during excavations in the past. Two Peregrine Falcons circled around and landed on a ledge giving great 'in-the-scope' views, they spent some time diving around scaring the hell out of the local Eurasian Jackdaw population. A little further to the left we found a Raven’s nest with an adult incubating eggs, yes Ravens do breed early. 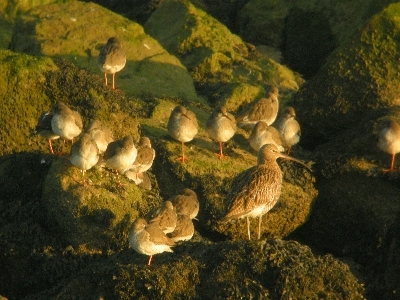 REDSHANK and CURLEW waiting for the tide to ebb

After popping into town to buy lunch supplies we drove to a woodland nature reserve near the village of Silverdale. Woodwell woods and Bottom Woods are owned by the National Trust and have a reputation for holding a small population of Hawfinches. Alas, after an hour or so we failed to find the Hawfinch but we did see Eurasian Nuthatch, Marsh Tit, Coal Tit, Goldcrest, also more Eurasian Bullfinches and we heard Green Woodpecker in the distance. 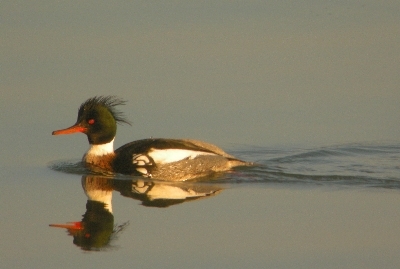 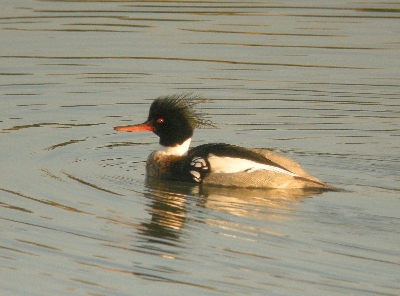 From Woodwell we drove to Sizergh Castle which is another known site for Hawfinch but after another hour of searching we drew a blank, lots of other species were found including even more Eurasian Bullfinches, this beautiful species appears to be very common in this area. We ate our lunch in and around the car park and had refreshments in the National Trust cafeteria.

We still had a couple of hours left before departing for Preston Railway Station and our journey home so we decided to visit a local river to try to find a Dipper.

A small lay-by along the A6 north of Beecham had nice views over the river Bela, a tributary of the larger River Kent, it looked ideal for Dipper, fast flowing with many exposed rocks and boulders. We piled out of the bus and within minutes we were watching a pair of Dippers, they were distant at first but obliged us by flying down river and perching just below us, fantastic. We then found Grey Wagtail, Wren and Little Grebe, all new species  for the list. These were topped by the appearance of first, a Common Kingfisher and second, the prized species, Goosander! Two pairs 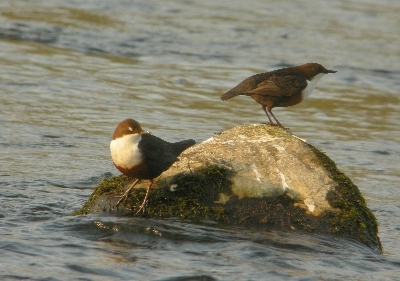 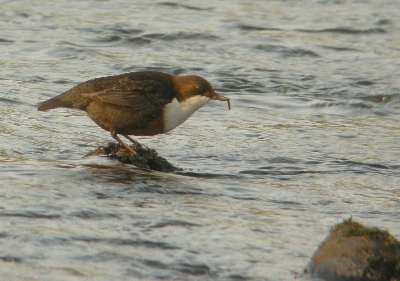 of these superb birds came into view and were obviously trying to pair off.

We all agreed that this last hour was a fantastic way to finish the tour, it was a great hour with many new sightings , the Dippers and Goosanders being particularly appreciated. 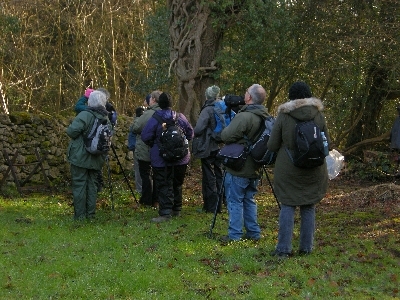 Look - there's a Goldcrest up there!

We left the area in high spirits but we had an hour’s drive to Preston, we made it to the station with only 10 minutes to spare, phew! I dropped the group off for their train journey to London whilst I set off for my 5 hour drive back to Somerset.