MORNING WALK ALONG THE MARCHENILLA TRACK NEAR SAN PABLO

My first morning out for a week produced some nice sightings along one of my favourite tracks..........

Up and out by 7am and heading down the mountains to San Pablo, it was a clear day, no wind and a nice temperature. I parked up and set out on foot from the beginning of the track, lots of Goldfinches, Greenfinches and House Sparrows were feeding in the grasses. 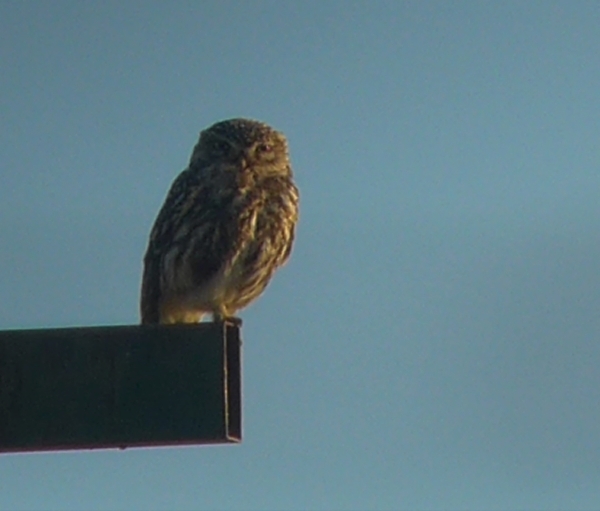 A Little Owl sat out in its usual place blinking at me in the early morning light, whilst Collared Doves cooed from the power lines. Lots of bird song could be heard including the Melodious Warbler, in fact I saw at least 8 singing males in the space of 200 meters, along with Sardinian Warblers, Linnets, Stonechats, Zitting Cisticolas and my favourite, the lovely Corn Bunting. 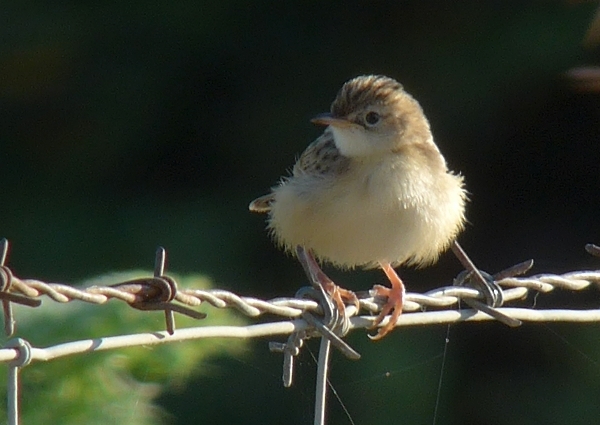 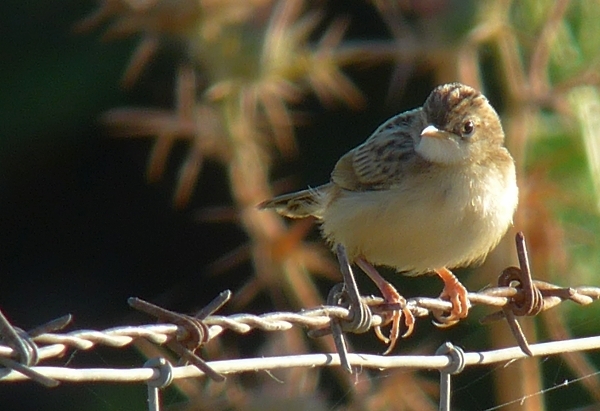 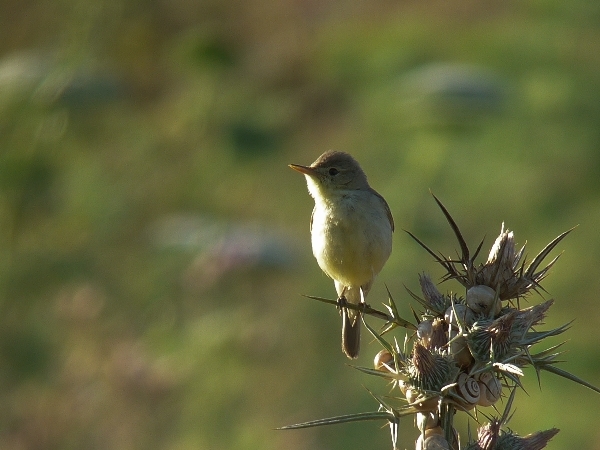 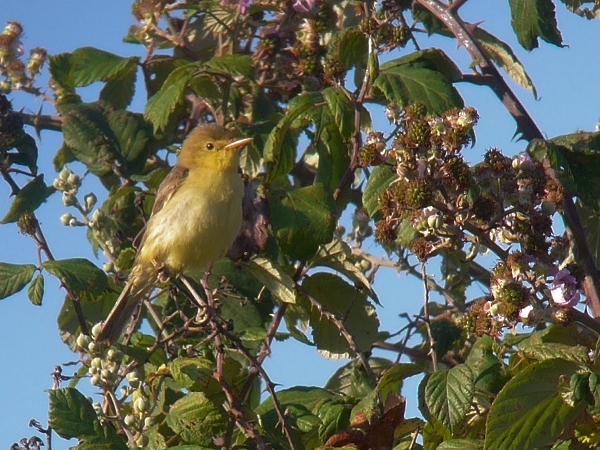 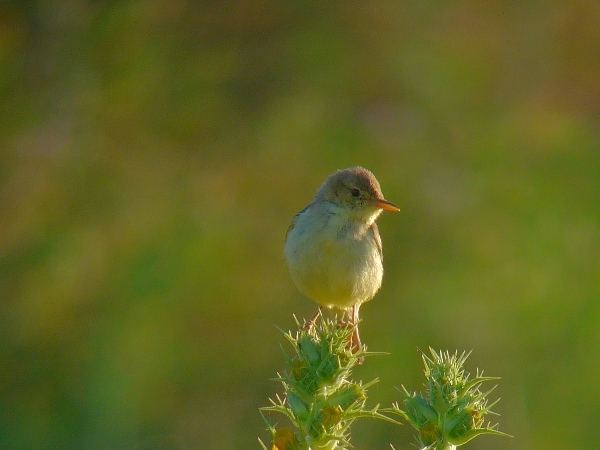 A surprising high number of Common Nightingales were singing, one of them flew onto a fence in full view, click, click! Bee-eaters came and landed on the wires making quick dashes for breakfast treats and a family party of Crested Larks fed on the track ahead of me. 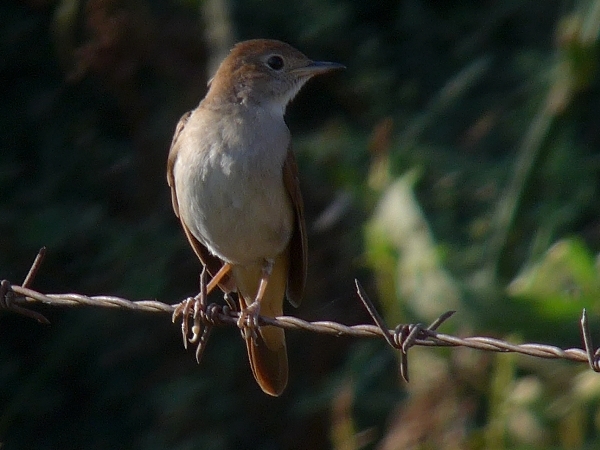 As I made my way into the open grass meadows I noted several more Stonechats with fully fledged youngsters and at least two pairs of Tawny Pipits, a Common Buzzard and a single Lesser Kestrel were all I saw of raptors. 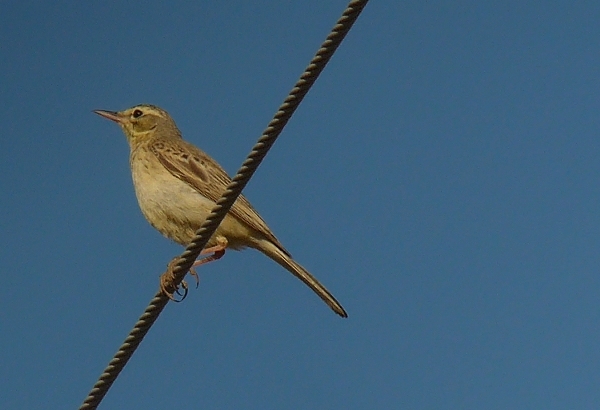 At last I got  a glimpse of my target species, the Rufous Bush Robin, a fleeting glimpse at first then two of them appeared a little while later. They posed for short while before flying down onto the track behind me, too distant to photograph, they soon moved on. 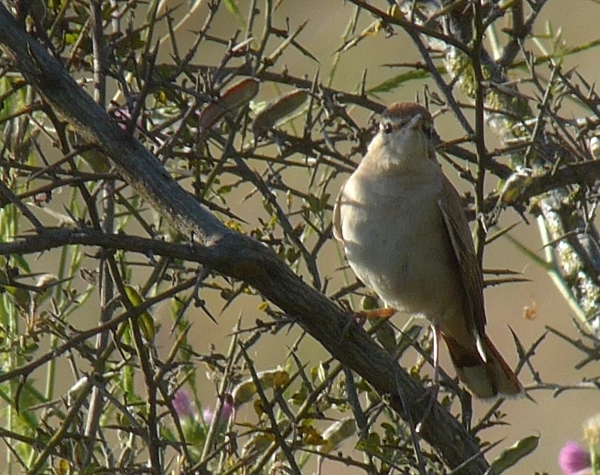 To finish my visit I drove down to the Rio Guadiaro a few hundred meters from the beginning of the track, from the vantage point of a  bridge I added Cetti's Warbler, Blackcap and Western Olivaceous Warbler to my warbler list and several common species were coming down to drink or bathe, European Serins birghtened up the gloomy shaded areas. To my great surprise a male Spanish Sparrow dropped into bathe too, this bird is usually seen during the winter months here but not expected in June! A nice bird to top my list, except just as I was getting back into the car for the drive home a Booted Eagle circled low over me, that topped my list. 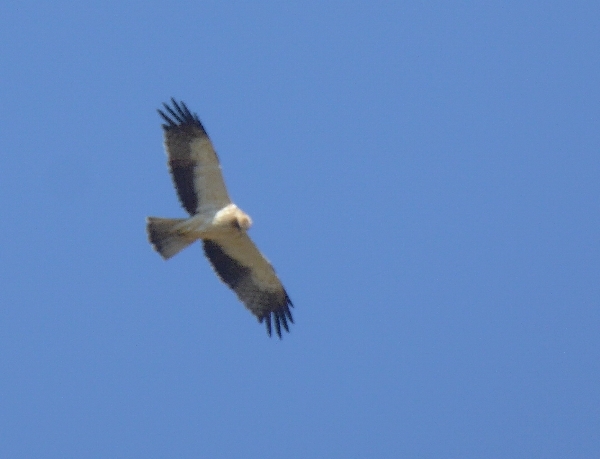