Our morning walk today was the looped track from east to west below the south escarpment of the village. Dawn, Celia and I set off at 9am arriving at the start of the track at 9:15 in a blaze of sunshine, this was the leeside of the village and the warmest.

The track falls steeply downhill for a kilometer or so before levelling off for a further kilometer, it is then a long uphill struggle back to the village along the Camino Gibraltar. 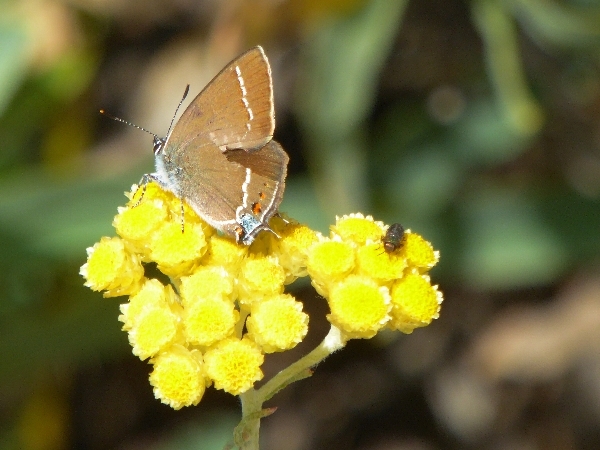 I saw my first Blue-spot Hairstreak of the year and on the western path we found our only Scarce Swallowtail. 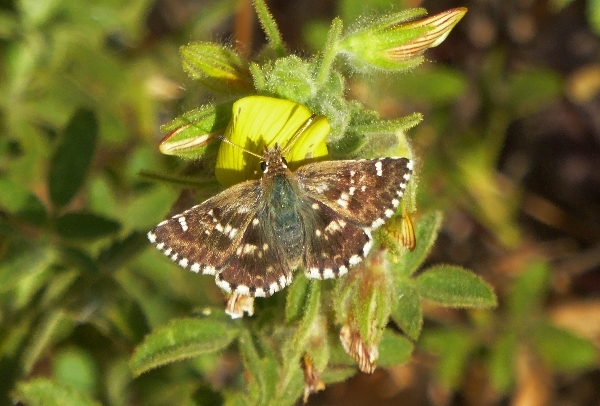 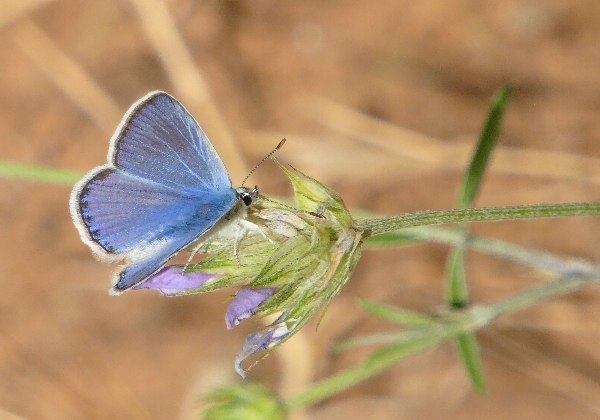 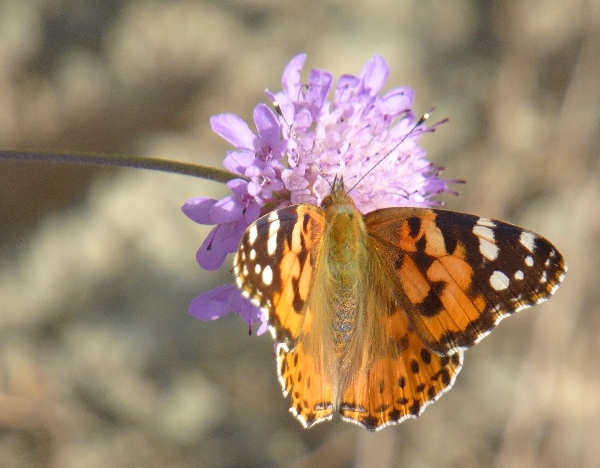 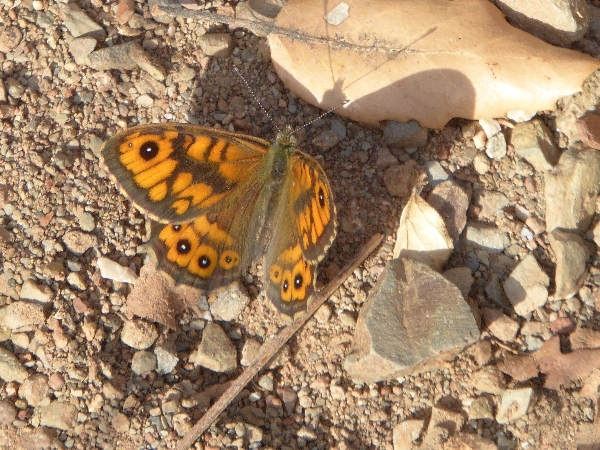 Birds were few and far between, Bonelli's Warbler and Common Nightingales were in song, Goldfinch, Serin, Greenfinch and Cirl Bunting were seen on the track and Common Buzzard, Griffon Vulture and Common Kestrel were noted overhead.

We finished off back in the vllage in the small plaza, called Santa Nino , enjoying a nice coffee and a cold glass of water.