The group all assembled at London Gatwick Airport at the departure gate and despite taking off 35 minutes late we managed to arrive just 5 minutes later than scheduled, another Easyjet miracle! However it was a lovely smooth flight and a an excellent landing into beautiful weather, a clear blue sky with 20C temperature and no wind.

We began birding almost straight away with a Northern Wheatear and Common Kestrel noted on the airfield and a pair of House Buntings in the Terminal building. A very quick and simply security process and baggage collection saw all of us through the airport  in a matter of 30 minutes. Our driver Ahmed was outside waiting for us with a brand new 14 seater bus. 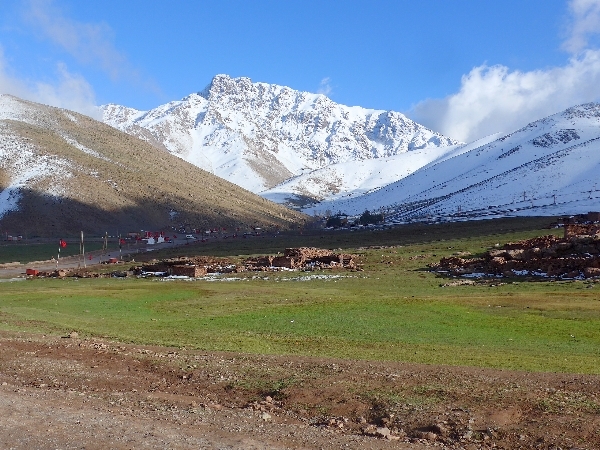 We were on our way in no time heading for the Atlas Mountains and our hotel in the Ourika Valley. Thousands of flying ants were on the wing as we set off, this in turn brought out hundreds of birds which were feeding on them. Spotless Starling filled the sky, House Sparrows were having a feast and even Blackbirds were enjoying themselves. We also noted Red-rumped and Barn Swallows, White Stork and Common Bulbul.

Once at our hotel in the Ourika Valley we quickly checked-in, got ourselves into birding gear and birding mode before setting off to the high Atlas at Oukaimedan. We made several stops as we climbed up the winding road, the scenery was terrific with snow covered peaks towering above us. 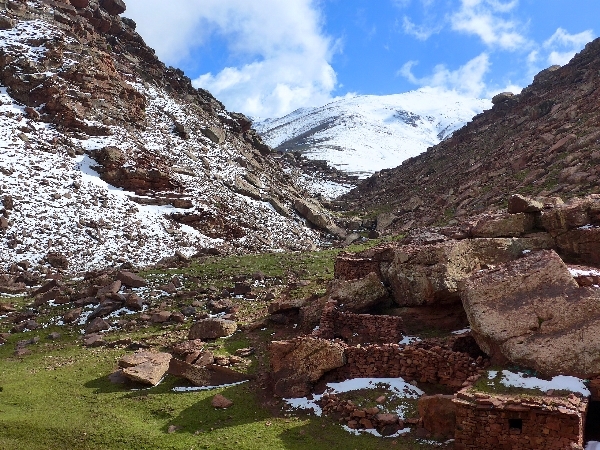 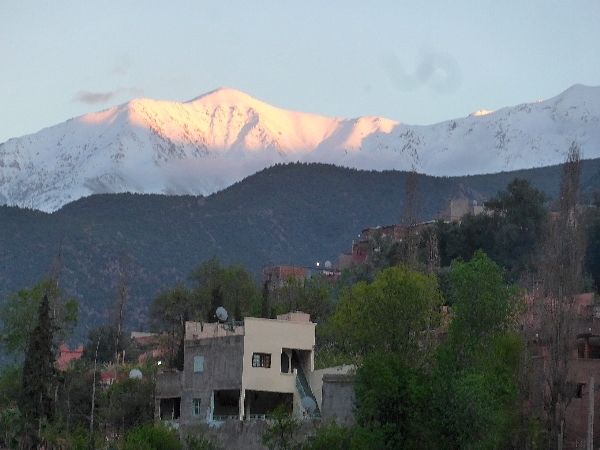 A babbling brook was our next venue where a very obliging White-throated Dipper searched for food and half a dozen Black Wheatears flitted about. A swirling mass of ‘choughs’ held both Red-billed and Alpine species whilst Common Ravens were in fact, common.

At Oukaimedan we spent some time searching for Alpine Accentor with much joy but we did find half a dozen Horned Larks, small flocks of Rock Sparrows, Common Chaffinches and a couple of Mistle Thrushes.

We saved the best until last as we drove to the top car park near the ski-lift because that was where we found a flick of about 50 African Crimson-winged Finches. They were amazing and very obliging too. Fiona got us all onto to a Little Owl before the cold finally drove us away. The temperature had dropped to near freezing as the sun dropped behind the mountains. 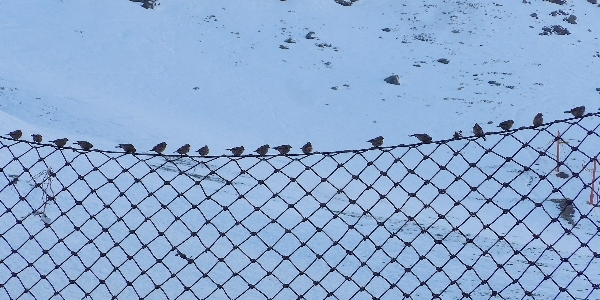 We were back at the hotel at 6:30pm with plenty of time to get ready for our 7:30pm dinner which was, of course, a delicious Lamb Tajine.