We had a great day today with some exciting sightings as we travelled through some of the most scenic landscapes that Morocco has to offer.

We ate breakfast at 6am and we had the bus loaded up before 7am and we were on our under a clear blue sky. Our first stop was only 15 minutes along the Ourika Valley. A regular stop of mine and my favourite place to look for Levaillant’s Woodpecker. We noted Cattle Egret, Grey Wagtail, Red-rumped Swallow and Common Bulbul as we travelled. 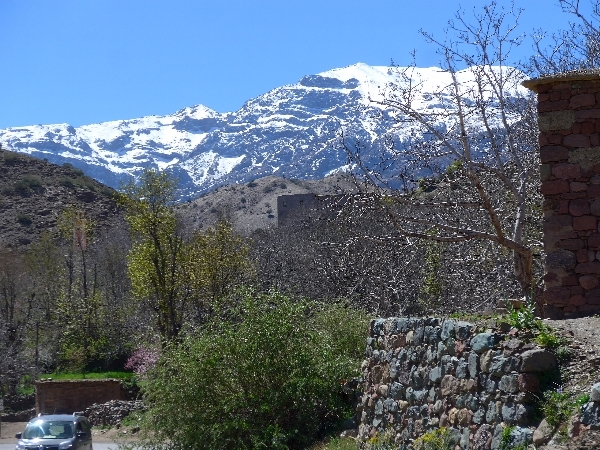 The view from the terrace of the hotel

As soon as we got off the bus we were greeted by a chorus of bird song, a Common Nightingale sang in full view right next to the bus and whilst we were watching it a small flock of 5 Hawfinches came into the same bush with a Blackbird.

A flock of Little Swifts swarmed above us with Red-rumped & Barn Swallows, House Martins and a couple of Crag Martins. We were only 2 minutes off the bus when a Levaillant’s Woodpecker flew across the road and out of sight into some apple orchards, so that’s where we went next.

We could hear Blackcap, Greenfinch, Serin, Cetti’s Warbler and the noisy Common Bulbul but there was no sign of the woodpecker. Fiona spotted a Common Cuckoo on a wire about a mile away and we added African Chaffinch, African Blue Tit, Robin, Wren and Greenfinch. 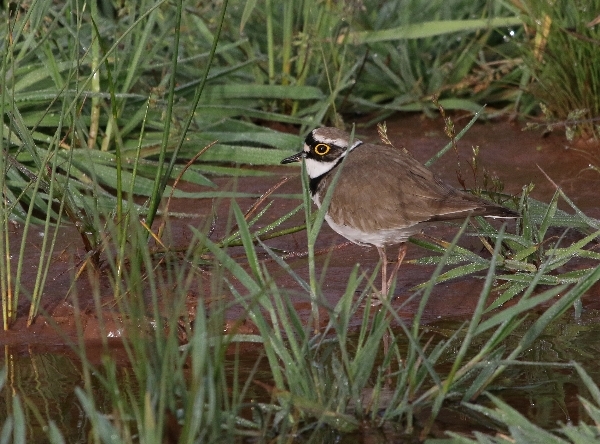 The woodpecker called but we still failed to find it as we made our way along a stream down to the River Ourika. At the river we found very little, just a pair of Little Ringed Plovers and we heard a Grey Wagtail but didn’t see it. On the way back we had good views of Cetti’s Warbler and the stragglers watched a Common Chiffchaff. We were almost beck to the road when the woodpecker reappeared, this time we were able to scope it, smashing and big relief for me.

Passing further down the valley we turned off for Ait Ourir and after 30 minutes we stopped at the roadside for another birding spell. From where we stood we had a terrific panoramic view across scrub land, pastures, woodland, hedges and ditches.

As we emerged from the bus a Great-spotted Cuckoo flew in front of us and landed to our right, we tracked it down and enjoyed prolonged views of it, later we discovered two more of them. Barbary Partridges were everywhere as were Moroccan (Eurasian) Magpies, you could clearly see the blue facial markings on them. We had great close views of Theklae Lark, as well as Sardinian Warbler, Woodchat Shrike, Serin and a Common Cuckoo called in the distance. 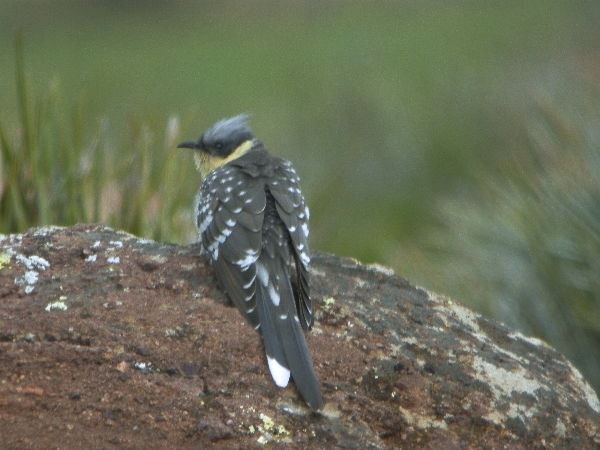 We then put in some miles as was entered the Tichka Pass through the Atlas Mountains, the scenery was just stunning, recent rains had brought out many wild flowers and had turned the valleys into a lush verdant. We made a quick stop to watch a small ‘flock’ of six Booted Eagles but generally the number of raptors was disappointing today.

Once through the pass we dropped down into warmer climes, a lunch stop produced very little as we walked through a pine plantation, Great Tit was our only new species. As the landscape changed so did the vegetation and the temperature. It was 25C as we made our next stop. We were greeted by a dry, arid flat, landscape with poor vegetation, the only greenery was seen along the rivers and streams.

A small cultivated area had hedgerows of Almond trees with olive and apple bushes in tiny paddocks, a couple of fields of alfalfa held a good variety of species. We found Northern Wheatear, Woodchat Shrike, Meadow Pipit, Common Redstart and a couple of very showy Western Olivaceous Warblers. Our best bird was a male Seebohm’s Wheatear, this north African subspecies of Northern Wheatear is a cracker. 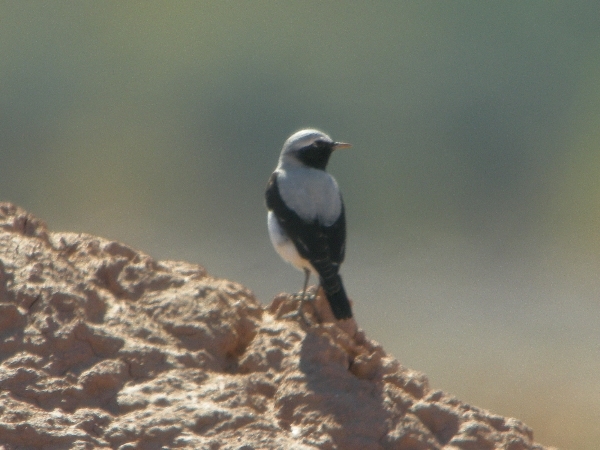 Our last stop was at the Quarzazate Resevoir, it was now late afternoon and daylight was beginning to fade as we arrived. We drove along a dirt track to get there finding another Seebohm’s Wheatear, Black-eared Wheatear and Desert Lark along the way.

From our vantage point about 50 meters above the lake we scoped the water and muddy margins where a number of birds were feeding. After 4 years of low levels the reservoir held a little more water this year but the food source for the birds had not recovered so not many wader or duck species were present. The usual Ruddy Duck, Grey Heron, Little Ringed Plover, Great Cormorant, Mallard and lots of Yellow Wagtails were present. We also logged Osprey, Collared Pratincole, Pied Avocet and Little Grebe before we scrambled back onto the bus for the last time today.

A further 90km was covered before we arrived at our hotel on the outskirts of Boumalne Dades, we sat to eat at 7:30pm it was a delicious tajine.