We ate our continental breakfast at 6am and it was still dark when we left the hotel at 7am. We drove south from Agadir for an hour before arriving at Souss Massa. One stop was made to look at a colony of Little Swifts, a clump of feathered ball-like nest are found about 3 meters off the ground in a disused garage. The birds themselves were more elusive, we caught sight of little groups of ones and twos as well as a couple of larger Swifts.

Souss Massa national park surrounds the river Massa and the main track through the park lies on the north bank and runs all the way down to the beach. It is one of my favourite walks, the weather is always glorious, not a cloud in sight with exquisite light conditions, perfect! 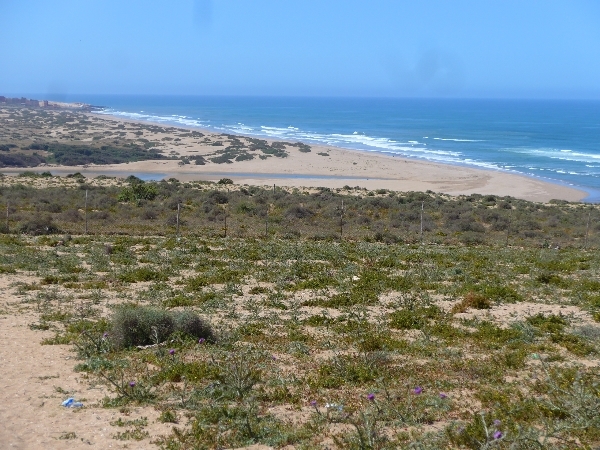 view of the River Massa at the beach

The approach track is also good for birding, we got off the bus and walked about 1km through small farmland plots it was like walking alongside large allotments, the track undulates and on the peaks we had splendid views of the river,  the wide flat bottomed valley and the distant hills about 5km away.

We listed a good number of species but generally the migrant numbers were down, a few Willow, Subalpine and Olivaceous Warblers were seen along with Common Redstart and not much else. It was the resident species that stole the show, with House Bunting, Moussier’s Redstart, Little Owl, Zitting Cisticola, Laughing Dove, Sardinian Warbler, Serin, Common Bulbul and several common species. 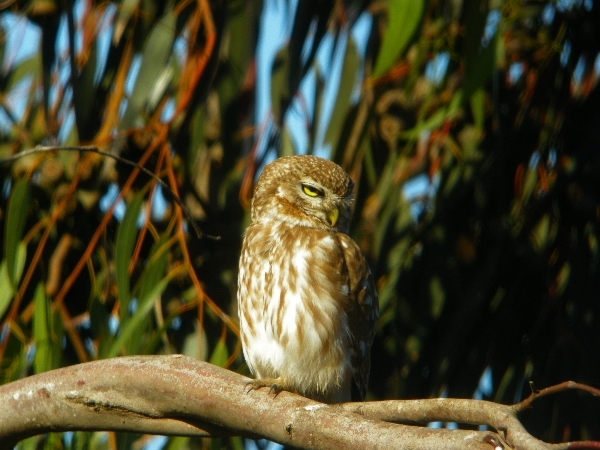 Once we arrived at the reserve entrance the track is much higher giving great views over the river, we walked due west with the sun behind us, the light was great. We added Turtle Dove, Eurasian Linnet, Black-eared Wheatear, Cetti’s Warbler but our main target bird, the Black-crowned Tchagra, remained elusive.

Not many birds were on the river it was quite a disappointment, Little Egret, Great & White-breasted Cormorant, Osprey, a fly over Eurasian Spoonbill and not much else. We walked most of the track and stopped at a viewing area where we could scope open muddy areas that were exposed during this low-tide period. A number of wader species were counted there: Curlew Sandpiper (9), Ringed Plover (6), Kentish Plover (6), Grey Plover (1), Greenshank (1) Dunlin (1) and Sanderling (5). 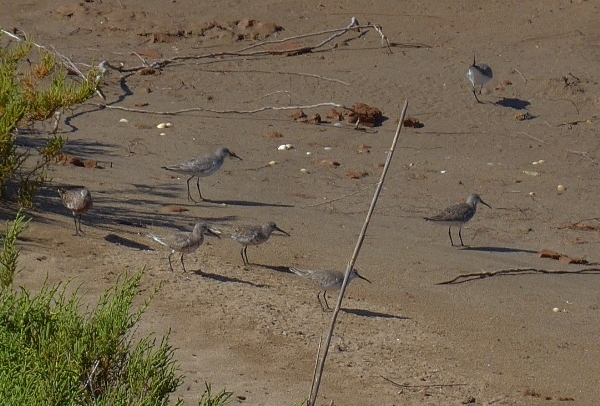 some of the 9 Curlew Sandpipers

At this point 6 of the group decided to return to the bus whilst the rest of us (3) continued to the beach, we saw a few more species on the river and shoreline but the main sighting was of two pairs of Tchagra. We heard the distinctive, melodic song a long time before the birds actually appeared, they performed well and looked superb, we even got to see their display flight.

Moving on we scoped the beach area picking out our first Black-tailed Godwit, also some more Sanderling and a host of gulls and terns were loafing on a sand-bar. We logged our first Audouin’s Gull and out at sea we saw a couple of Northern Gannets.

Plenty of butterflies were on the wing, Patrick and I have a keen interest in identifying them, we listed: Swallowtail, Painted Lady, Greenish Black-Tip, Common Blue, Clouded Yellow, Southern Speckled Wood, Lang's Short-tailed Blue, Small Copper, both Large and Small Whites. 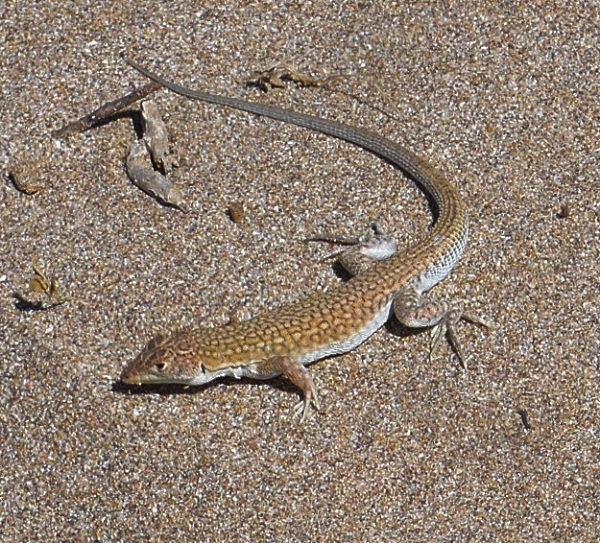 a species of Sand Lizard

We met up with the rest of the group at a hotel restaurant where we had lunch out on the terrace watching Spotless Starlings and Common Kestrels. From there we drove back into the village and down to the river, parking the bus by a bridge we got out for a walk. From the bridge we saw; Grey Heron, Red-rumped Swallow, Common Moorhen, Reed Warbler and a fly-over Reed Bunting was seen by some of the group.

Our walk along dry, dirt tracks and through open fields of alfalfa produced lots of sightings, Yellow Wagtails (iberiae), Meadow Pipits, Stonechat, Zitting Cisticola and lots of Serins, Linnets, House Sparrows, Crested Larks and a few Cattle Egrets. It was John who spotted a group of 9 Glossy Ibis, they dashed about over the valley. We saw them again a little later, this time they had joined another group, there were about 50 altogether, very nice. 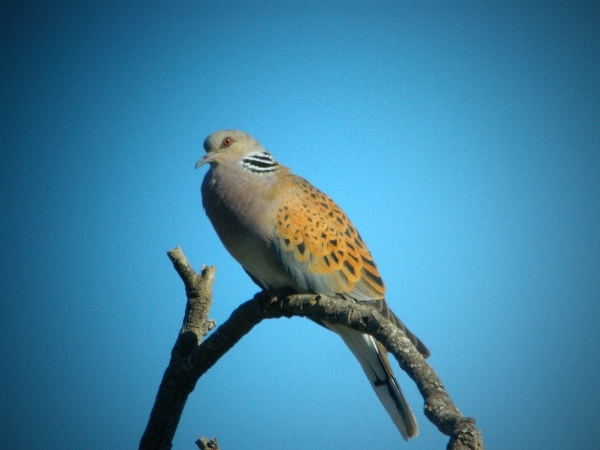 We decided to go after that, driving back to Agadir we arrived around 4:30pm and after a short break at the hotel we left to visit Oued Sous for a second visit. This time we walked up river towards a new bridge. A huge sand-bar was covered in birds, mainly gulls and waders with a few herons, egrets and cormorants. We had lovely time sifting through the masses of birds looking for a new species for our list, which did not happen. 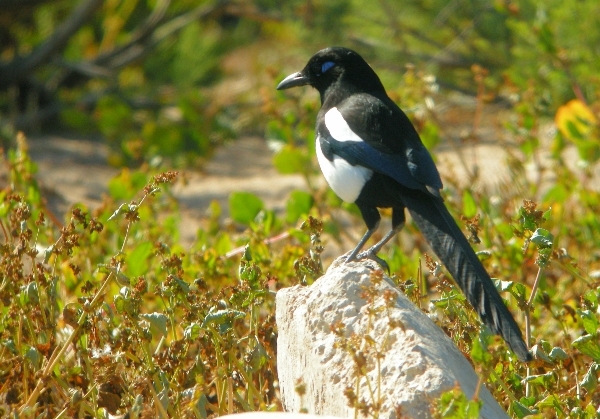 There were 14 species of waders and 4 species of gulls, we also saw a swirling mass of around 100 White Storks up on the thermals, an Osprey on a pylon and several Stone Curlews in the river-side scrub. 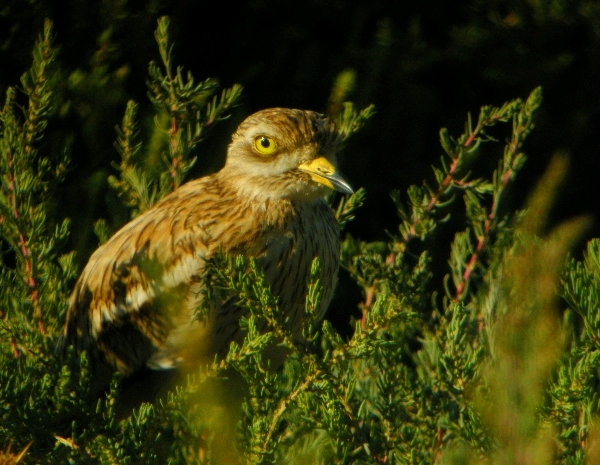 Tomorrow we travel north along the coast to Essaouira for our last night!