ERG CHEBBI AREA ALL MORNING AND CAFÉ YASMINA ALL AFTERNOON

The weather was perfect today, a clear blue sky, no wind and a lovely temperature in the mid 20’s.

This was our exciting ‘desert day’ and we were all looking forward to it. We took breakfast at 6:30am and met with our drivers and their 4*4 vehicles at 7:15. Five of us scrambled into each of the vehicles and off we went to discover the area east of the sand dunes towards the Algerian border.

We quickly listed a few birds as drove away from the Erg Chebbi and the surrounding buildings, Brown-necked Raven, Bar-tailed Lark, White Crowned and Northern Wheatears were soon in the bag.

We soon came across a wadi with good vegetation so we decided to explore the area on foot. Our Target bird was the Desert Warbler, after a few minutes we heard one singing and soon located this little desert gem, we all had superb views of it. We also heard Hoopoe lark singing and we found a couple of Desert Wheaters.

Sandgrouse were our next targets and we searched in an area not far from where we were. We saw large flock of sandgrouse fly over and land in the distant, We drove over there and got out our scopes. The birds were facing away from us but eventually we got good views of 24 Spotted Sandgrouse. Then one of the group called out that one of the grouse had a double neck band and on closer inspection we realised that there was a Pin-tailed Sandgrouse in with the flock. Well, what a bonus bird, I have never seen a Pin-tailed Sandgrouse in this desert area before.

A Marsh harrier flew over whilst we were watching the sandgrouse. We then moved on to look for our main target species the Desert Sparrow! In recent years this bird has become very hard to find, after rapid decline in numbers so we expected to have work hard at finding one.

We were taken to a favoured places where our guides had seen them recently but we were out of luck. We did find Booted Eagle (sitting in a tree), along with Subalpine Warblers and a Woodchat Shrike.

After spending a good hour or so driving place to place looking for the Sparrow we finally found our bird, a pair of them were nesting in the base of a water tank housing and were feeding young! We had excellent views of both of them. 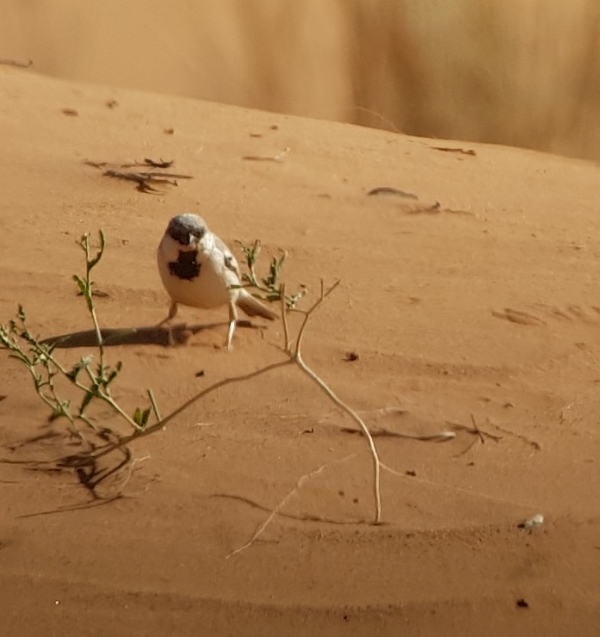 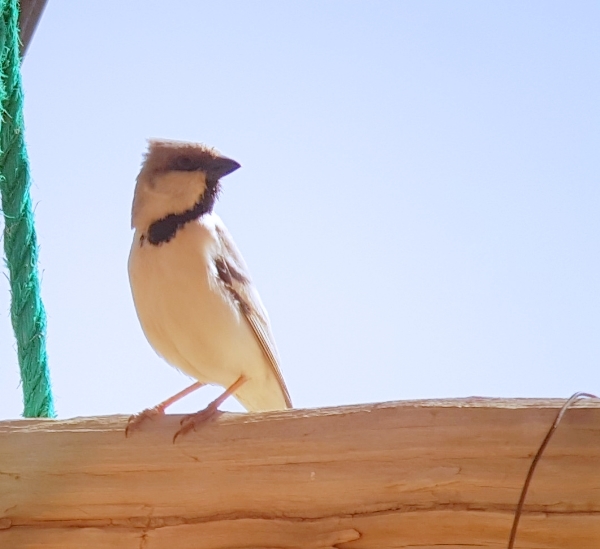 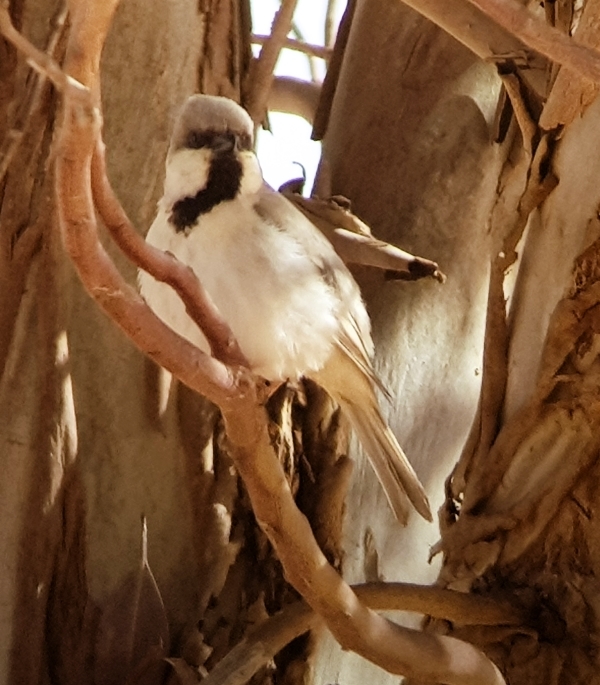 Our final target bird of the morning was the Egyptian Nightjar, for this species we relied on a local Berber they call the ‘nomad’ (I don’t know why he is called the nomad because over the last few years we have picked him up from the same house!). He knows where roosting Nightjars are and he took directly to one bird. Unfortunately he took us too close and bird flushed, we saw it fly a couple of times before it settled again. Another unfortunate thing was that the second vehicle got a puncture, so our vehicle had to ferry the other 5  group members to nightjar site. 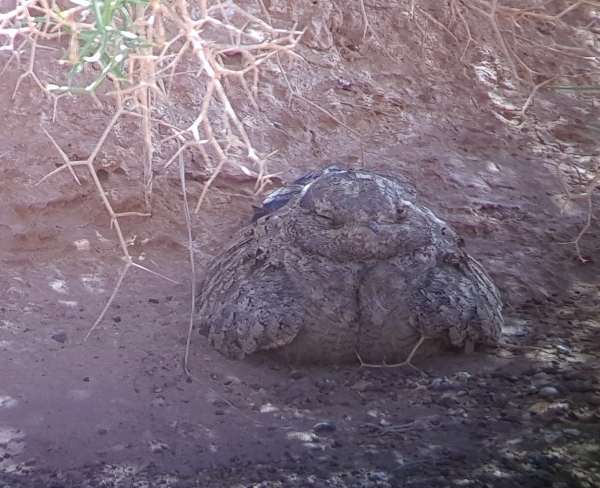 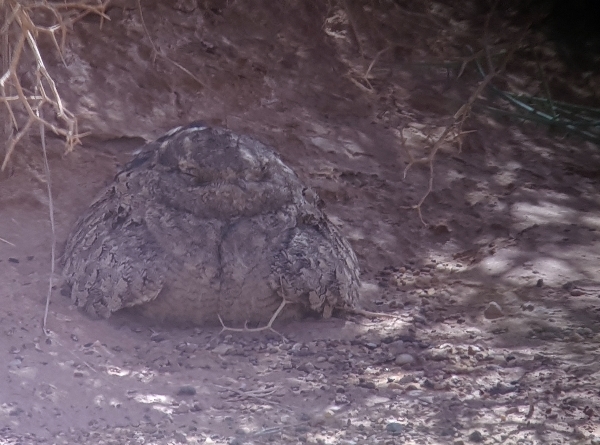 We saw a magnificent male Montagu’s Harrier whilst watching the Nightjar and the stranded 5 had watched Red-rumped Swallows around the ‘nomad’s’ house. It was well past our usual lunchtime when we returned to our auberge, Café Yasmina, we ate a cooked lunch around 2pm.

For the rest of the afternoon we stayed around the auberge checking out the tamarisk shrub for warblers. A Spanish ringing group were present and had set out a number of nets, we watched them process a few birds. Their main captures were Bonelli’s and Western Subalpine Warblers, Common Nightingales and the odd Woodchat Shrike.

The ringers told us that a pair of Desert Sparrows had turned up at the site and were hoping that they may breed. A Spanish Sparrow had also been seen. Several of us searched for the sparrows and over the next couple of hours we had views of both the male and female Desert Sparrows but not the Spanish variety.

We ate dinner at 8pm and went off to pack, our desert experience was over, we had seen all of our target species except for Blue-cheeked bee-eaters, perhaps we shall se one tomorrow on the way to the coast for our final leg of the trip.