TRANSFER FROM BOUMALNE DADES TO MERZOUGA WITH A SECOND VISIT TO TAGDILT TRACK PLUS OTHER PLACES.

Our early breakfast was enjoyed by all, including Kevin who been under the weather from day 1 and because of this he missed a full day’s birding yesterday and so to compensate Kevin’s loss of sightings we returned to the Tagdilt Track for a second helping!

We made in the short journey in a few minutes and within half-an-hour we enjoyed sightings of Temminck’s Horned Lark, Red-rumped and Desert Wheatear, Thick-billed Lark, Greater Short-toed Lark and a Long-legged Buzzard. A return to the roadside ‘pools’ looking for Sandgrouse didn’t produce any sandgrouse but we did find Tawny Pipit, Meadow Pipit, White Wagtail and a dozen more Temminck’s Horned Larks. 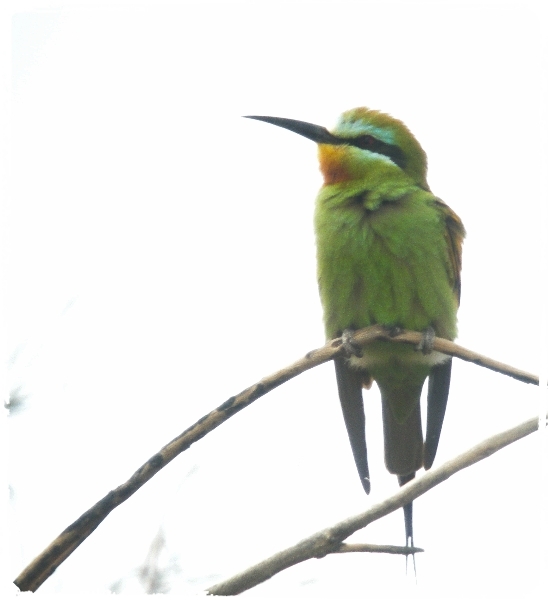 From there we began our journey to Merzouga heading southwest in perfect weather, lovely blue sky with little wind. After just a few kilometers we turned onto a track that led to a deep gorge where Pharoah Eagle Owls breed. We set off on foot into the gorge, our pace was slow because we kept finding good birds to watch. Desert Larks and Black Wheatears kept us entertained until we discovered a pair of Magreb Wheatears! This was a great find as this species was one of our most wanted sightings. Then a Lanner Falcon flew up followed by good views of Black Redstart and Trumpeter Finch. 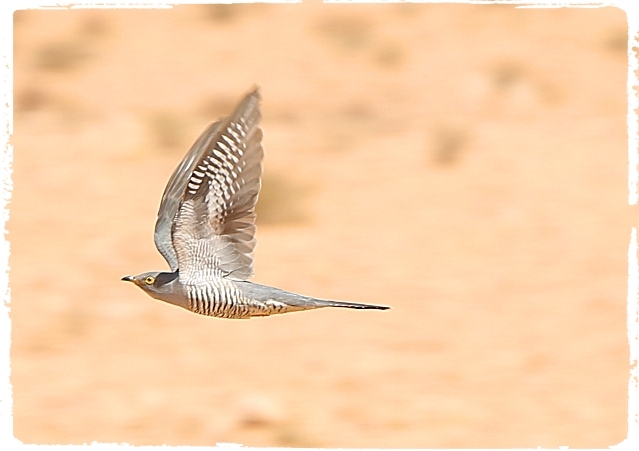 Once in the gorge we quickly found the Eagle Owl, an adult sat perched in the entrance to a cave, a lovely sighting. Other species seen were Bonelli’s Warbler, Crag Martin, Sand Martin, Blue Rock Thrush and Common Kestrel.

From there we drove for a long spell passing through Tinhir and not stopping until we were in Goulmima where we bought lunch. We drove another 15km towards Erachida before stopping to eat, but we had a little bird to find first. Our target species was Scrub Warbler but we were happy to take anything that comes, Woodchat Shrike, Great Grey Shrike, Subalpine Warbler and Trumpeter Finch were soon on the list.

We walked along a Wadi which is a dry river bed, the landscape was flat sandy desert with clumps of vegetation and the occasional thicket of thorny leafless shrubs. This was perfect habitat for the Scrub Warbler and after about 30 minutes we found one. This fantastic little gem spends a lot of time on the ground hopping between the stumps of grass with its long tail cocked like a wren, it was a wonderful find.

After we ate our picnic lunch we walked on the other side of the road where similar habitat had more thorny thickets, we looked for warblers and babblers. Subalpine, Sardinian and Bonelli’s Warblers joined Common Cuckoo and Common Nightingale onto our sightings list before we set off to continue the drive to Merzouga.

Our route took us back through Goulmima where we turned south towards Erfoud, we saw Common Raven, Booted Eagle and a beautiful male Montagu’s Harrier during this section of the trip. We stopped at a ford where a new bridge was being constructed, the river was barely flowing but large pools of water remained. A small colony of Blue-cheeked Bee-eaters has been established here for a few years and today 6 birds were present. Such a beautiful species is always a crowd pleaser, they performed well and perched nicely for our cameras. A few other species were present but got very little attention because the Bee-eaters were truly stunning. We did see Little Ringed and Kentish Plover, Cattle Egret, Grey Heron, White Wagtail, Sand Martin, White-crowned Wheatear, Blue Rock Thrush and Common Kestrel. 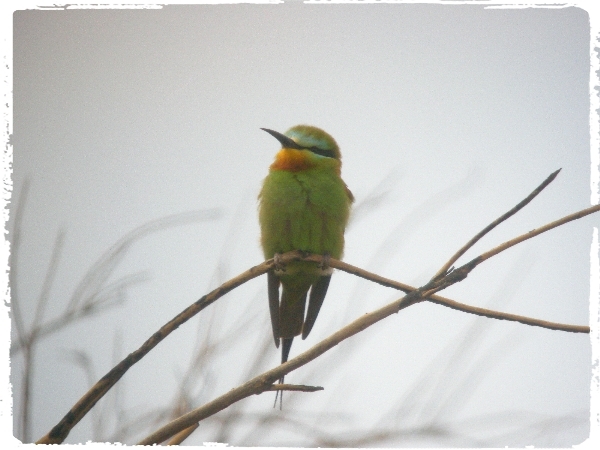 A coffee and toilet break was taken in Erfoud, we had seen more Bee-eaters, both European and Blue-cheeked as we approached this large town. The last section of the journey took us through Rissani and then open desert to Merzouga. The imposing Erg Chebbi sand dune system sat on the distant horizon shaped like a herd of sleeping animals as we got nearer we could see their beautiful colour in the afternoon sunlight. 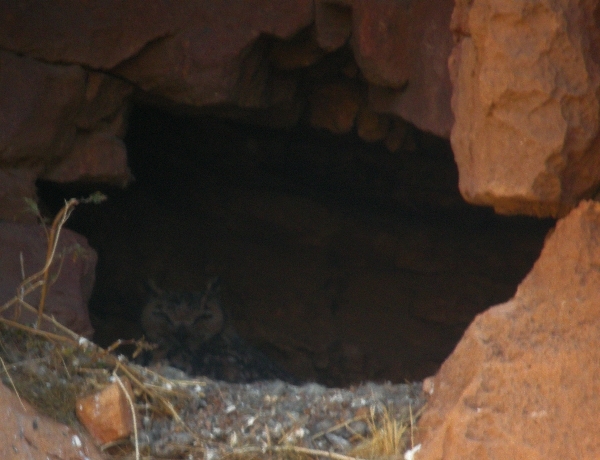 Our hotel for three nights was positioned next to dunes, a beautiful spot and a lovely traditional dwelling, having just 10 rooms we had the place to ourselves, wonderful. After being given mint tea and a snack we had time to walk the grounds which were dominated by clumps and hedges of Tamarisk and Palm Trees.

Small sections of cultivated land held several good bird species, warblers in particular like to feed in the low growing Lucerne or Alfalfa. We saw Eurasian Chiffchaff, Willow Warbler, Bonelli’s and Subalpine Warblers as well as Hoopoe, Woodchat Shrike, Common Redstart and many Collared Doves. Four Brown-necked Ravens were our last sighting of the day.

We ate a lovely traditional dinner, not tajine for a change, but a spicy tortilla with minced meat and almonds, served with diced salad, it was delicious.