We spent an hour walking around the grounds of the hotel and our local neighbourhood, it was a beautiful sunny morning, the wind has gone and the sky was clear, just fantastic. The morning light was superb, excellent for photography, we took full advantage of it. 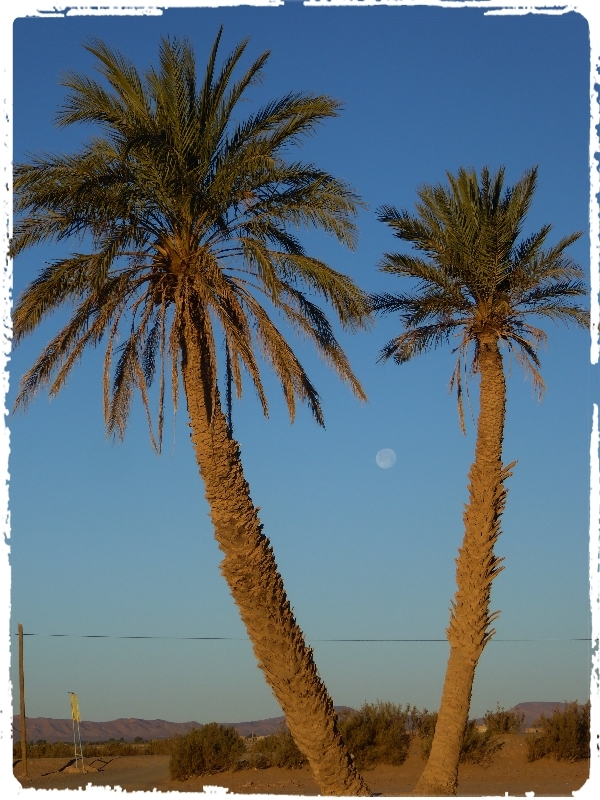 Whilst not seeing any new species there were plenty of birds flitting about, especially in a small area used for growing alfalfa and other vegetables. Eurasian Hoopoe, Common Redstart, Sardinian & Subalpine Warblers and Woodchat Shrike provided the colour whilst many Chiffchaffs, Bonelli’s & Willow Warblers provided the intrigue. 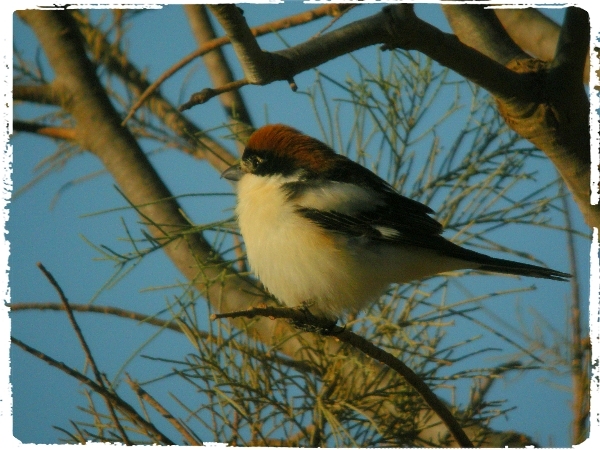 After breakfast we set off for the Café Yasmina arriving around 9am, now the wind had gone the local bird ringing station was in operation. We watched a Spanish ringer process a number of catches, it was lovely to see some of the colourful species in the hand, in fact, with exception of the Hoopoe he caught all the species that we had observed earlier in our hotel grounds. 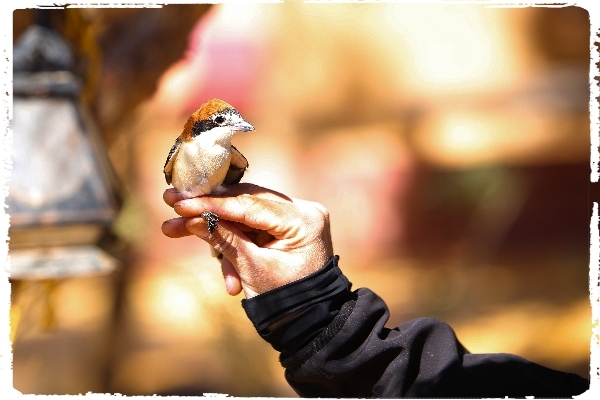 Woodchat Shrike in the hand - taken by Kevin Jones

We added Yellow Wagtail (Iberiae) to our list before we set off on our epic walk through the dunes. It was quite an exciting prospect and a physical challenge to walk 3km up and over the rolling-hills of sand but we did it. The reason? Well, a Berber village in the centre of the dune holds a small colony of Desert Sparrows and we wanted to see this fast declining species. It was an amazing and thrilling experience, everyone thoroughly enjoyed it and to top it off we saw several Desert Sparrows, excellent. 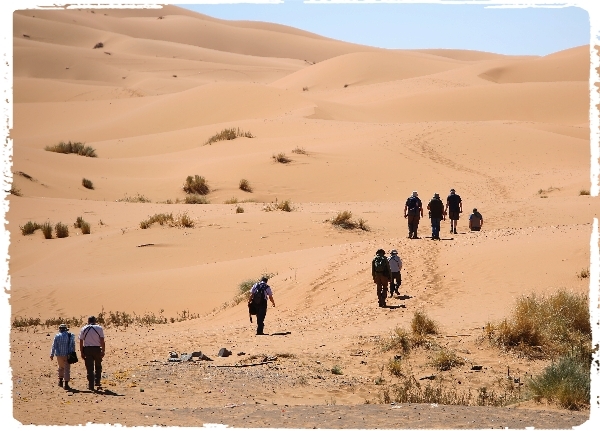 most of the group heading off into the dunes for the 3km hike to a Berber village - just for a 'sparrow' !!!

after 3km we could see the Berber village in the distance

We were back by 1pm,  a little later we sat on the huge terrace at Café Yasmina and really enjoyed a superb, relaxed lunch.

At 2:30pm we were off to look for Sandgrouse, we passed through Rissani and drove out along the Alnif Road for about 10km where we turned onto a track and headed into the hills. Along the way we saw plenty of Brown-necked Ravens and Black Kites. 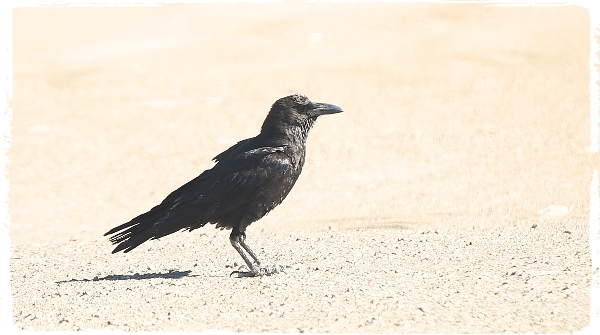 At the entrance to a huge hidden plateau we got off the bus to walk through the very flat landscape which stretched for 5km in front of us and was about 1km wide, it was completely surrounded by craggy hills, just like a gigantic caldera. The vegetation was quite dense in places but provided excellent cover for sandgrouse and on several previous visits I had seen both Spotted and Crowned Sandgrouse there. 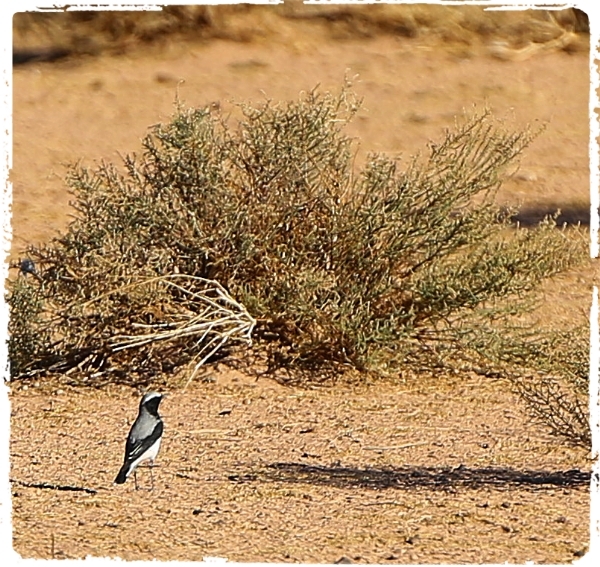 another picture of Seebohm's Wheatear - taken by Kevin Jones

We spread out in a long line and walked the length of the plateau, alas we never found a sandgrouse, but it was amazing to hear about everyone’s experience they had had during the walk!

This single area held about fifteen difference species, we all saw some of them, the most exciting find was of Scrub Warbler, but a Seebohm’s Wheatear was up there too! Other species seen included; Spectacled Warbler (unfortunately only I saw them), White-crowned & Black-eared Wheatears, Bar-tailed  and Desert Larks, Woodchat & Great Grey Shrikes, Trumpeter Finch and Sardinian, Subalpine and Bonelli’s Warblers. 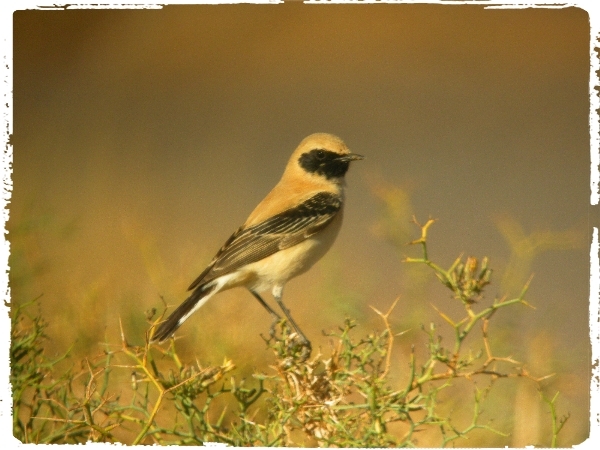 We walked up a sloping track that took us up and over the edge of the ‘caldera’ where our bus was waiting and a quick look for sandgrouse at second area nearby in the fading afternoon light also proved fruitless. By now we were all tired so we set off for the hour long journey back to the hotel. 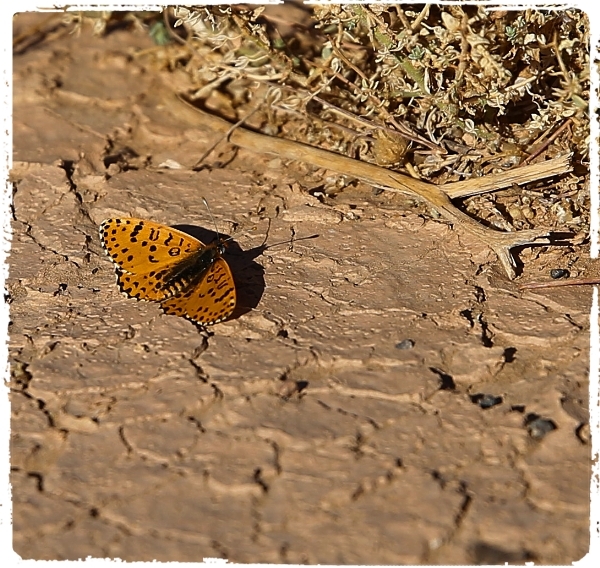 One stop was made along the way to look at a Little Owl, this very different looking subspecies is very brown and could be a candidate for species status in the future, a lovely bird to finish off our excellent day in the desert. 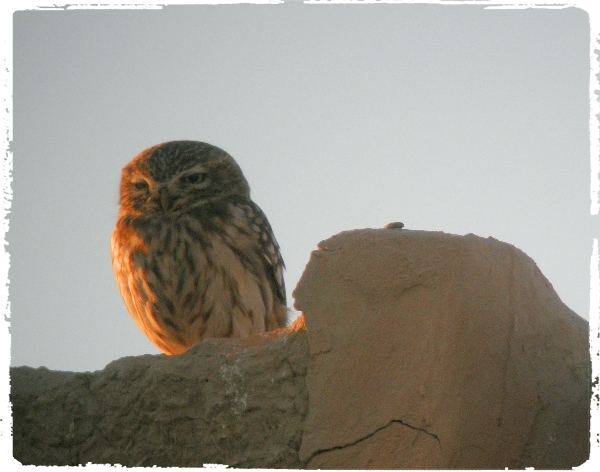