WEATHER: clear blue sky in Marrakech, broken sunshine later in the Atlas Mountains with some cloud cover. temp in Morocco ranged from 20C down to 1C at sunset.

It was a cracking start to this superb tour of Morocco, 8 of us arrived at Menara Airport on time at 11:25am in the meantime, Ahmed our driver had collected the other four participants from their hotels in Marrakech. We began birding almost straight away with a pair of House Buntings in the Terminal building. A very slow and complicated security process and baggage collection saw all of us through the airport in just over an hour. Our driver Ahmed was outside waiting for us with our 14 seater bus and the four other participants, all Americans.

We were on our way in no time heading for the Atlas Mountains and our hotel in the Ourika Valley. We notched up the usual suspects on the way, such as White Stork, Spotless Starling, Collared Dove, House Martin and Barn Swallow. One or two goodies were also seen by some of the group, these included Common Cuckoo, Woodchat Shrike and Alpine Swift.

Once at our hotel in the Ourika Valley we quickly checked-in, got ourselves into birding gear and birding mode before setting off to the high Atlas at Oukaimedan. We made several stops as we climbed up the winding road to the Oukaimedan Ski Resort, the scenery was terrific with snow covered peaks towering above us. 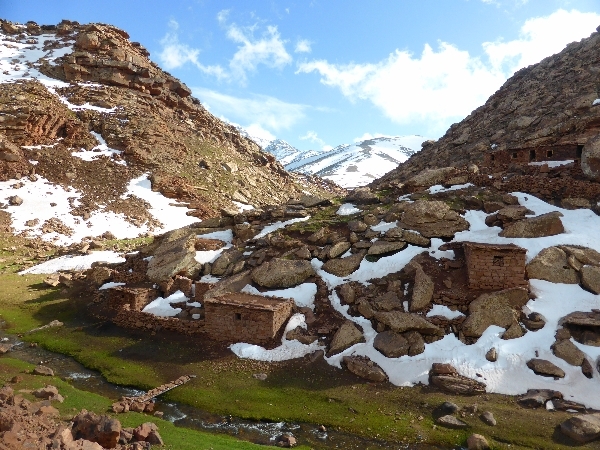 A babbling brook was our next venue where a very obliging White-throated Dipper searched for food and half a dozen Black Wheatears flitted about. A swirling mass of ‘choughs’ held both Red-billed and Alpine species. 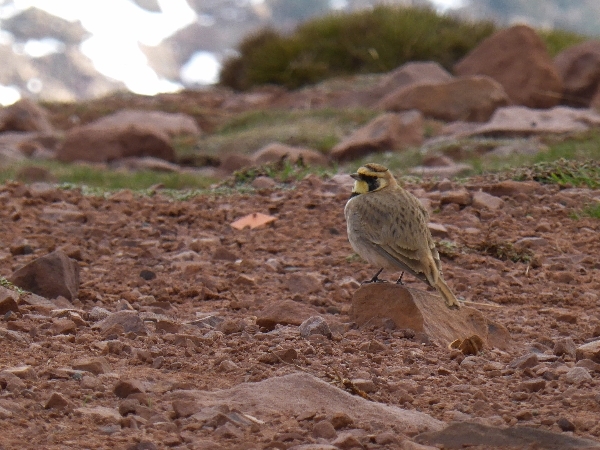 At Oukaimedan we spent a little time searching for Alpine Accentor with not much joy but we did find half a dozen Horned Larks, small flocks of Rock Sparrows, Linnets, lots of Black Redstarts, Common Chaffinches and a couple of Mistle Thrushes. A Yellow Wagtail was a nice find and several Crimson-winged Finches delighted the group with their presence. 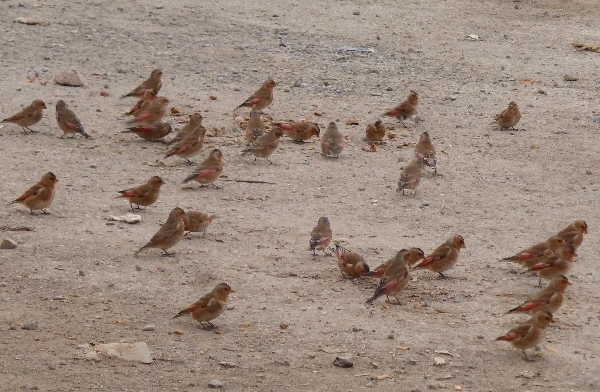 We saved the best until last as we drove to the top car park near the ski-lift, a flock of about 50 African Crimson-winged Finches were flitting about in the car park. They were amazing and very obliging too, most of the group got great pictures of the bird . We searched for A Little Owl without success before the cold finally drove us away. The temperature had dropped to near freezing as the sun dropped behind the mountains.