ERG CHEBBI SAND DUNES AND A WADI NEAR MERZOUGA

The clocks went forward last night so it wasn’t light here until 7am, that is when we met on the terrace. The ringing group were just getting started but it was windy, very misty and not much hope of catching too many birds in the nets.

A few species were caught and we watched the group process: Woodchat Shrike, Subalpine Warbler, Common Nightingale, Bonelli’s Warbler and a House Sparrow. 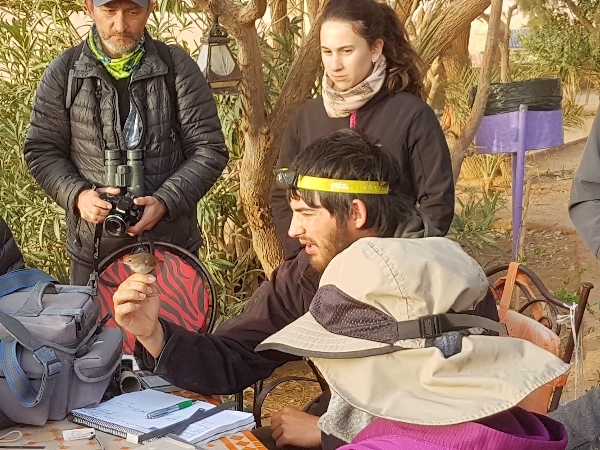 the ringing group in action - holding a Common Nightingale

Breakfast was taken at 8am and at 9am we set off for a 4x4 ride across the dunes to a berber village where we hoped to see Desert Sparrow. We stopped to watch several species along the way, such as; Bar-tailed Lark, Hoopoe Lark, Brown-necked Raven and Trumpeter Finch. We also stopped to walk in wadi looking for Desert Warbler, after about 1km we found one, the bird showed extremely but briefly. Most of the group saw it but some did not and some had only very poor views of it. After some walking we could not find another one in that particular wadi. 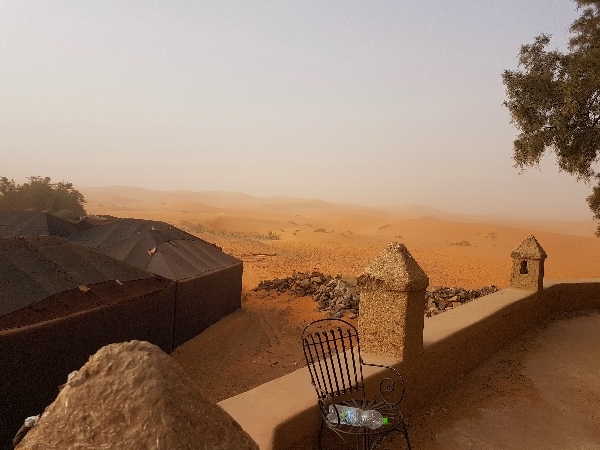 the very misty conditions, you couldn't see more than 100 meters

Carrying on with our quest for sparrows we drove further into the dunes. It took a while with at least two stops at berber dwellings before we found, first, a female Desert Sparrow and then a beautiful male. A great result, job done we set off back to the hotel. 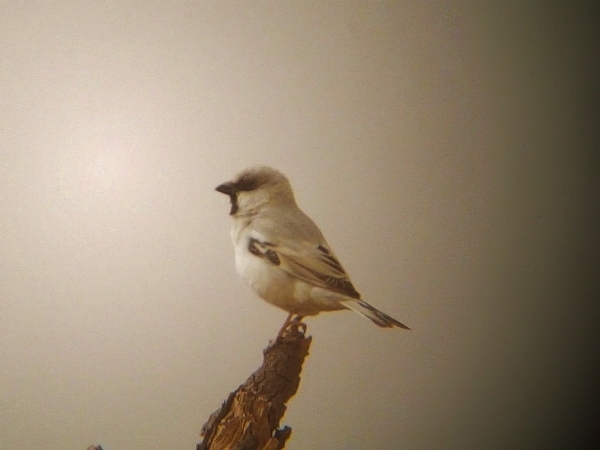 It was still windy when we got back and the ‘ringers’ were not catching anything, so we set off on foot to explore the tamarisk scrub. In an hour we found many biords but only a Common Chifchaff and a very bright Yellow Wagtail (iberiae) were new for the day list. 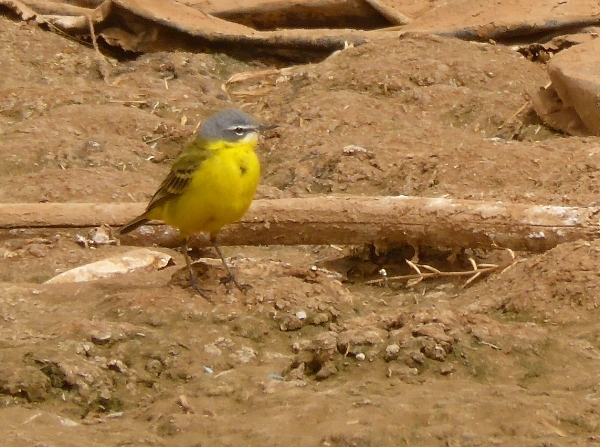 We had lunch in the restaurant before we set off for another soiree into the desert. Only half the group had seen the Desert Warbler this morning so we set off to find another one. I knew of a place where they so we headed there.

After 30 minutes driving on un-made tracks a large wadi spread out in front of us, this is where we got off the bus and set out on foot. We were soon watching several species, Bar-tailed Larks, Desert Wheatear, Woodchat Shrike and we inadvertently put up a Hoopoe Lark that was sitting on a nest of eggs, in fact I nearly trod on the bird! We quickly vacated the area.

After about 15 minutes a beautiful male Desert Warbler came into view, it was singing on the top of a bush, smashing, everyone got to see it. We then jumped back onto the bus and returned to the hotel. 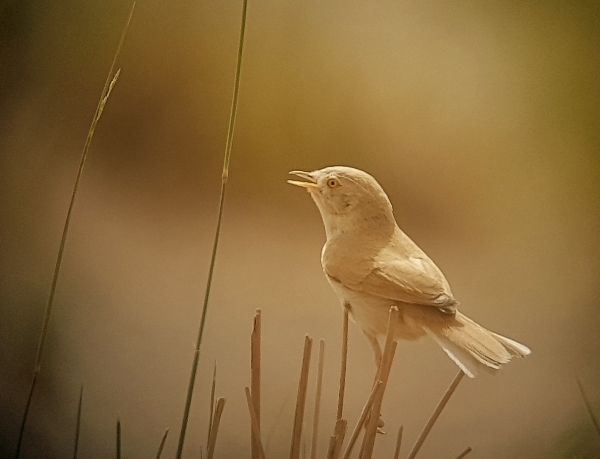 The light improved during the afternoon and so did my pictures

Another walk around the grounds around 4pm produced a fly-over Barbary Falcon,  (this bird had been seen on 3 occasions during the day by other birders) Eurasian Hoopoe, Common Nightingale and the usual flurry of Subalpine and Western Bonelli’s Warblers. We called it a day at 5pm and got ready for dinner. Tomorrow we leave the desert area and head for the coast and the Sous Valley.