It was still dark at 7am this morning so we went straight into breakfast. We had the luggage loaded up and were all on board the bus by 8am. We had to travel some 500km today so we hadn’t planned any scheduled birding stops this morning.

We saw many species from the bus as we crossed the desert and up through Rissani. We saw mainly White-crowned Wheatears and Woodchat Shrikes but also Bar-tailed and Desert Larks, Laughing Dove, Long-legged Buzzard, Common Kestrel and various hirundines. Our first toilet stop produced Trumpeter Finch, Subalpine Warbler and Crested Lark. A perched Booted Eagle was nice to see and fairly close to the road but raptor sightings were very few and far between. 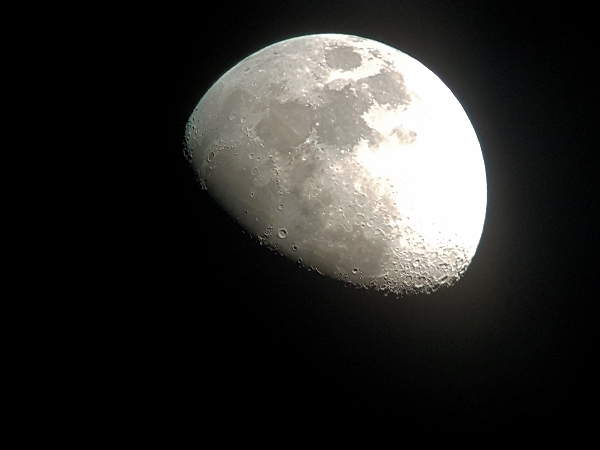 the moon last night was quite spectacular

We stopped in Agnz to pick up picnic supplies and 10 minutes later we pulled over to eat it. Lunch-break birds included a Laughing Dove, several Bonelli’s Warblers, Common Redstart, Pallid Swift, more White-crowned Wheatears and not much else. 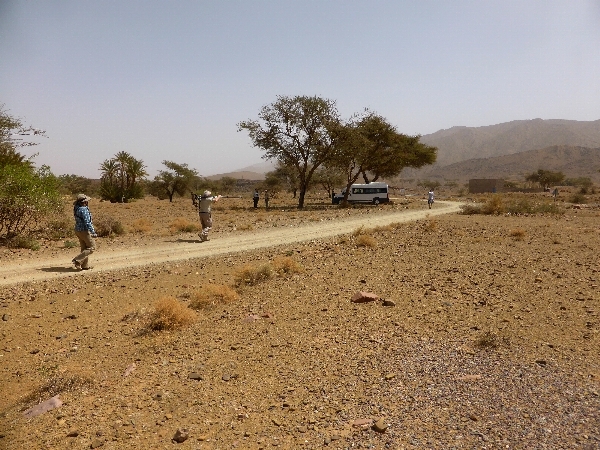 lunch stop - everywhere seemed so much drier this year

It was 29C at 2pm when we finished our lunch break but with a cooling breeze. We travelled for three more hours and arrived at our hotel in Taliouine at 5pm.

We had covered 500km passing through some stunning landscapes and some lifeless moonscapes, generally the countryside and surroundings were very beautiful but very dry this year.

Most of us went for a walk at 5:30pm into some almond orchards and small cultivated areas found behind the hotel. Many birds were singing in the late afternoon sunshine, we heard Common Nightingale, Greenfinch, Blackbird, African Chaffinch and Laughing Dove, In addition we sighted Sardinian Warbler, Eurasian Hoopoe, Woodchat Shrike, Thekla Lark, Blackcap, Bonelli’s Warbler, Moussiere’s Redstart, Great Spotted Woodpecker, Red-rumped Swallow and Common Kestrel.

Dinner was a lovely tajine, my favourite, lamb with prunes, veg and onions, we were all tired and in bed by 9pm.