This 10th WINGSPAN Tour of Central Morocco got off to a flying start, everything went to plan and everyone met up on time and in the right place. My group of 11 Wingspanners had all arrived in Marrakech over the last couple of days but we all met up today at 9am as planned.

The weather was absolutely fantastic, a clear blue sky, very little wind and a temperature in the lower 20’s. We could see the snow-capped High Atlas mountains in the distance as we headed out of Marrakech.

We logged a few species around our respective hotels before we started logging new species along the way to the mountains. Most of us had seen House Bunting, Pallid Swifts, White Storks, Common Bulbul, Barn and Red-rumpled Swallows by the time we arrived at our first birding venue in the Ourika Valley. 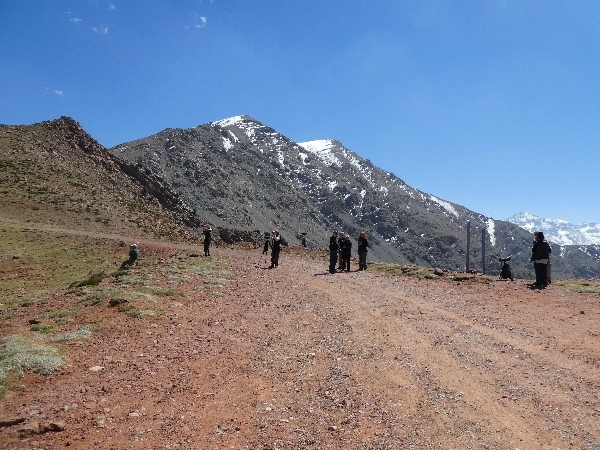 We stopped outside a disused hotel where from past experience I knew a colony of Little Swifts were breeding. We quickly found African Chaffinch, African Blue Tit, Common Bulbul, Common Kestrel, Serin, Blackcap and we heard Cetti’s Warbler. One or two Little Swift showed for a short spell but it wasn’t until we were about to leave that a large flock of some 40+ Little Swifts came over and showed really well giving a great display by making several fly-overs.

Our journey took us through some wonderful countryside and all the time the mountains got closer and closer. We began to climb and we made a second stop a fair way up where we had a commanding view over the mountainous landscape. We located at least 4 male Moussier’s Redstarts, they were all singing at some stage, one female showed up whilst we were there. We also logged Black Redstart, Long-legged Buzzard and Blue Rock Thrush. 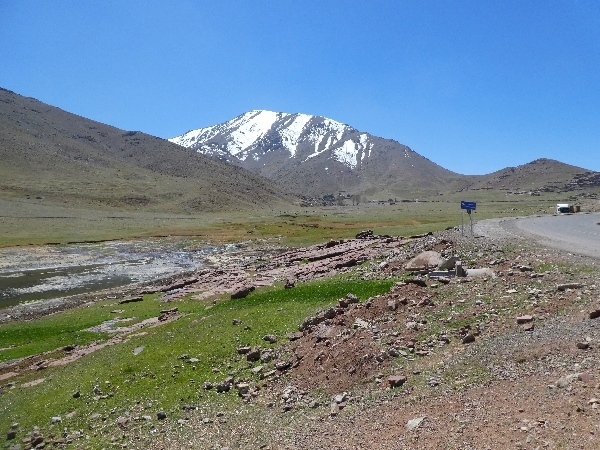 We climbed higher and stopped in a pine woodland, where we found several Firecrests, a pair of Eurasian Sparrowhawks, a couple of Coal Tits, Mistle Thrush and two of the group had brief views of a Goshawk displaying.

As we got higher we realised that there wasn’t much snow as we first expected, it did not bode well for our visit to Oukaimedan at the top. A babbling brook was our next venue, White-throated Dipper, Grey Wagtail, Black Wheatear, Rock Dove, Red-billed Chough and a Booted Eagle went onto the list. 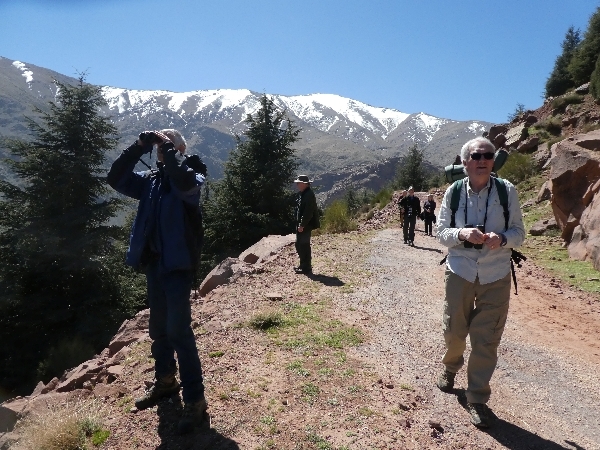 We ate our picnic lunch by the side of a small reservoir with stunning background iews, but the area was pretty much devoid of birdlife. This proved to be the case over the next two hours as we search for Alpine Accentor, African Crimson-winged Finch and Atlas Horned Lark, we dipped on all three species. 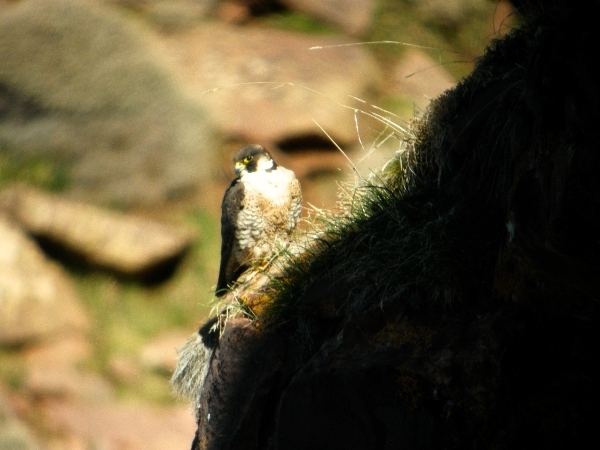 What we did find was little compensation, Rock Sparrow, Rock Bunting, Peregrine Falcon (two birds gave fantastic aerial displays), and a Sebohm Wheatear. We stayed around the prime site for the Finches for at least two hours but not a single one turned up, the snow line was at least 500 meters above where it usually is at this time of the year. What a blow, we were all hugely disappointed as we made our way back down the mountain at 6pm, we even missed Alpine Chough into the bargain.

Hey, ho! Tomorrow is another day.