TRANSFER FROM BOUMALNE DADES TO ERG CHEBBI DUNE SYSTEM, MERZOUGA – WITH STOPS AT SITES NEAR GOULMINA AND ERFOUD.

WEATHER: another very cold start, the easterly wind was not so strong but still very chilly, after a right start it clouded over for the rest of the day.

At 7:30 we made a second attempt to see the elusive Thick-billed Lark at the rubbish dump along the Tagdilt Track. It was barely light when we arrived and apart from a pair of Little Owls we hardly saw a bird for the first 30 minutes. Eventually the local Desert and Red-rumped Wheatears showed up as did White Wagtails, Short-toed Larks, both Thekla and Crested Larks and  not much else.

So we set off for the Desert region without a tick for the Thick-billed Lark, maybe we shall see it later on in the trip. Our next stop was some 20 kilometres along the road, we turned onto a dirt track and drove a kilometer or so to an area with a steep sided gorge, an obvious dry river bed from ancient times.

Our walk took us down onto the ‘river-bed’ where we had excellent views of the cliffs on either side of us. The first target bird was soon in the bag as this was a regular stop for WINGSPAN TOURS and I and my driver Ahmed knew of the whereabouts of a pair of Pharaoh Eagle Owls. With the help of a local lad we quickly found the current preferred nest site of the owl, we could scope it from a distance without disturbing the owl. 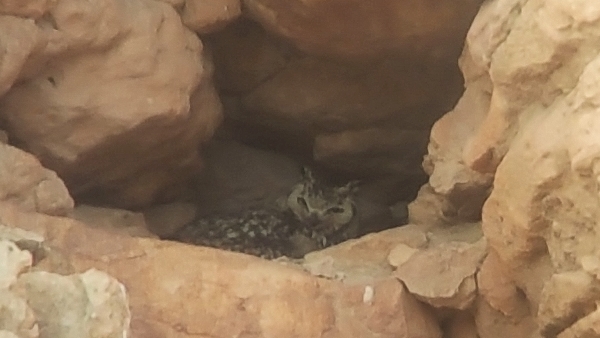 Next we found a LANNER FALCON sitting on the skyline, then the young lad showed us its nest and once again we scoped it from a distance without disturbing the sitting bird. In the meantime we had logged Desert Larks, White-crowned Wheatears and Trumpeter Finches.

Back up at the bus we saw a distant Short-toed Eagle and we found our last Wheatear on our ‘wanted’ list, the MAGREB WHEATEAR, it was a female, so not so impressive but still a great find.

The next stop we made was a further 20 kilometers along the route, it was a short speculative search for the Thick-billed Lark, we found Eurasian Hoopoe, Woodchat Shrike, Desert Wheatear, Desert Lark, Common Redstart, we saw 5 White Storks and two Booted Eagles on the thermals but no the lark we had hoped for. 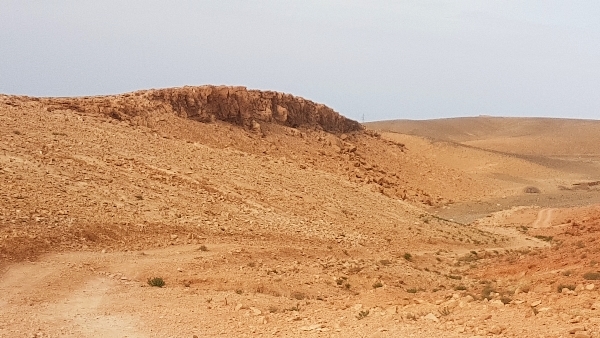 the barren landscape where we saw the Eaglw Owl and the Lanner and a lot of other species too.

After stopping to pick up lunch in Goulmina we drove another 10 kilometers or so and stopped at a wadi (dry river bed). Our picnic lunch soon disappeared so we set off for a search of the wadi, our main target bird was the STREAKED SCRUB WARBLER. We quickly found Desert (Great) Grey Shrike, Bonelli’s Warbler, Spectacled Warbler, Subalpine Warbler and Desert Wheatear.

After an hour of walking through the scrub we hadn’t seen the ‘warbler’ but we did find Cream-coloured Courser(4 flew over us), Fulvous Babbler, a group of 8, Short-toed Lark, about 30 in a flock. We then found our first Bar-tailed Lark also Crested Lark, Common Redstart and a Common Whitethroat. 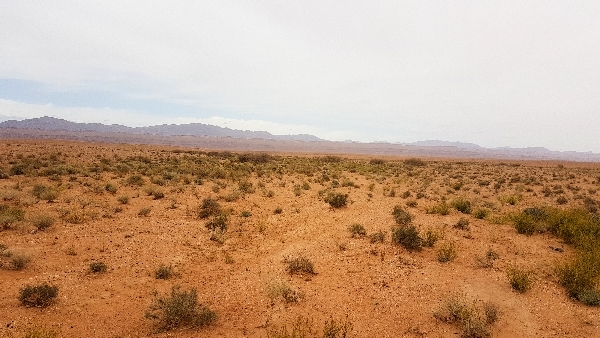 the wadi where we saw many species

A second hour went by and just before we had decided to call it a day we found two STREAKED SCRUB WARBLERS. They showed really well but would keep still for a second! We al had excellent views, a fantastic bird. 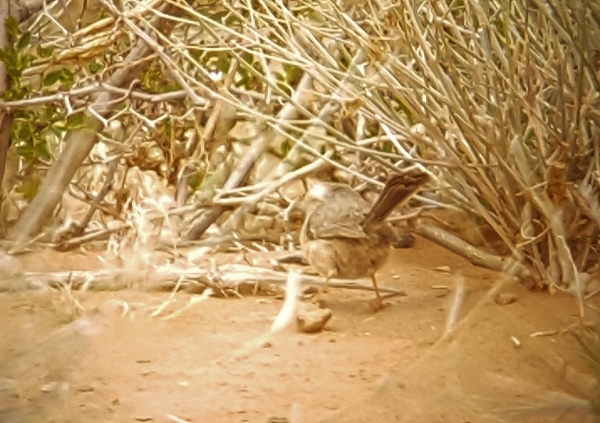 my only picture of the Srcub Warbler

Relieved to be back on the bus for a rest we set off for ERFOUD, but it wasn’t long before we were out birding again, this time we walked along the river Gheris just south of Goulmina. It was still cold and late in the afternoon, not much was seen in the way of birdlife. We found 4 Green Sandpipers, 2 Little Ringed Lover’s and 2 Ruddy Shelduck. 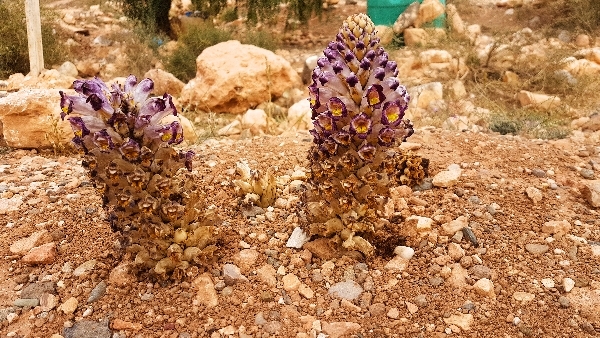 a strange looking plant that looks like a type of broomrape

Back on the bus for the last time today, we made good time down to the Erg Chebbi Dunes, it was 6:30pm as we checked-in. We had noted Laughing Dove and Brown-necked Raven along the way.

We had dinner at 7:30 in a very busy restaurant, we called our bird-log in the quiet of the new reception area at our hotel. We have now seen