It was 8am and still pretty much dark, thick dark clouds obscured what little light our mighty sun was throwing our way. There was an eerie silence, no traffic, no bird song and little drops of rain pitter-pattered on my coat.

At last a sound, Common Pheasants disturbed from their roost and letting everyone know it, a Robin bursts into its dirge-like winter song and a Green Woodpecker called from afar. 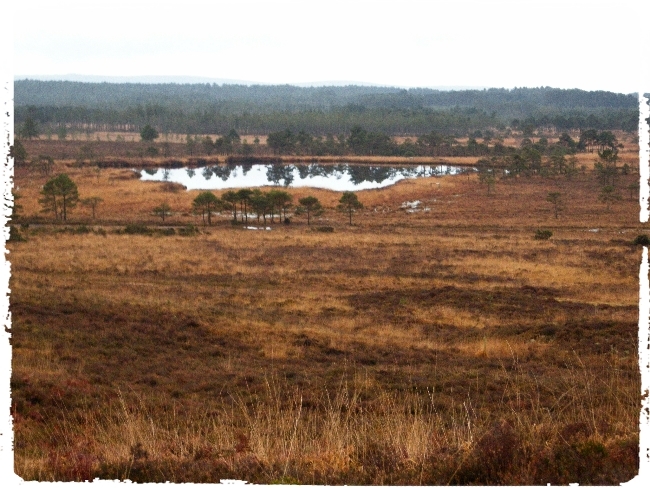 The light improved considerably as I walked back to the car at 9am, it stopped raining too! I saw both Pied and Grey Wagtails near a heap of dung with a Chaffinch. At Sherford Bridge where I had parked the car, a Little Egret and a Grey Heron flew off as my head appeared over the parapet of the road bridge, oops! 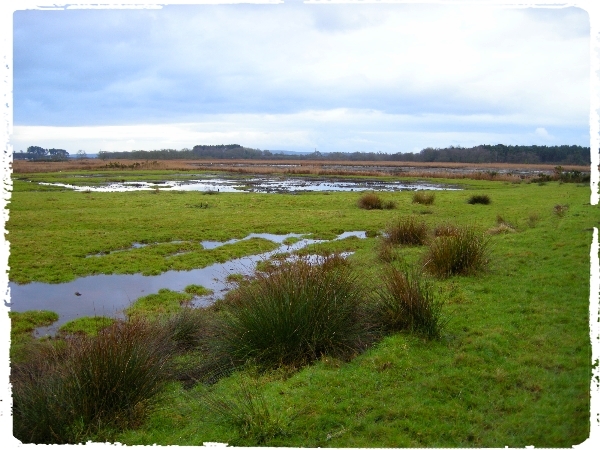 Lytchett Fields has played host to a Lesser Yellowlegs since November, an American wading bird that has decided to over-winter in the UK. The muddy scrapes held lots of birds, Eurasian Teal and Lapwing were the most common with a single Spotted Redshank, Moorhens, Common Shelduck, Common Snipe, Dunlin, Black-tailed Godwit and Common Redshank making up the bulk of the other Birds present. 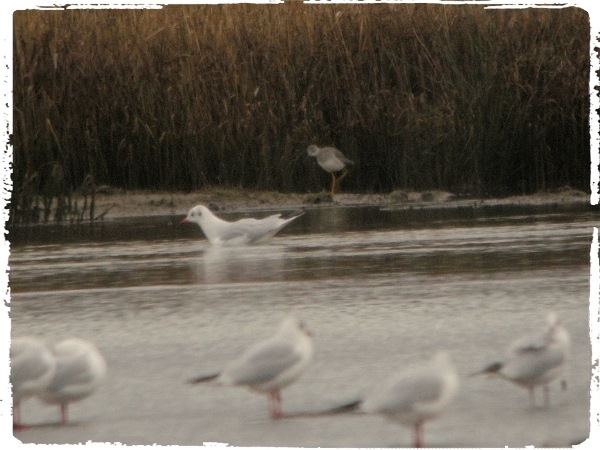 record shot of the Lesser Yellowlegs

Three other birders were present and one of them located the Yellowlegs, smashing, a great bird to add to my new year’s list. My long walk back to the car was rewarded with sightings of Goldcrest, Mistle Thrush, Redwing and Common Starling.

I drove next to RSPB Arne hoping for a few good species coming to the feeders in the car park. Alas nothing new came down but I did find a FIRECREST in the bushes next to my car. I stopped on the heath as I headed towards Corfe and immediately found 3 Dartford Warblers, lovely! 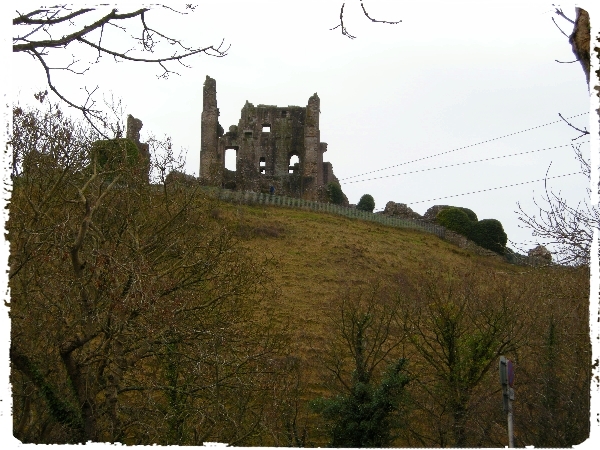 Next I drove to Studland Bay, parking in the ‘Middle Beach’ car park I scanned the bay from the side of the car. Within minutes I found Razorbill, Shag, Great Northern Diver, Great-crested & Slavonian Grebes and Great Black-backed Gull. 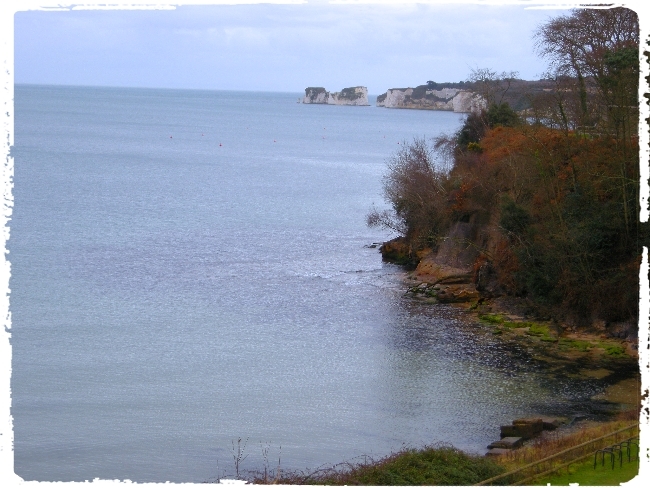 A little further along the road towards Poole I stopped to view Poole Harbour, from a vantage point on the heath I had great views of Brownsea Island, Round Island and Holes Bay. It was high tide so most of the birds were crowded onto reed-covered islands, several species of duck joined Brent Geese, Canada Geese and lots of waders. Pintail, Goldeneye, Wigeon, Gadwall, Teal, Common Shelduck made up the wildfowl whilst Black-tailed Godwit, Curlew, Redshank, Grey Plover, Dunlin and Oystercatcher. 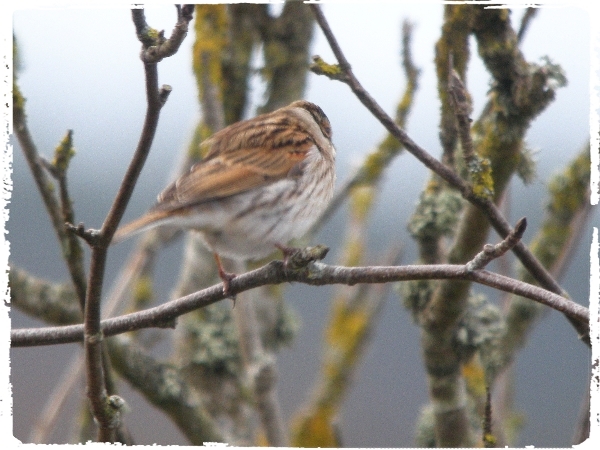 On the Heath itself I saw Green Woodpecker, Reed Bunting and a Song Thrush before I jumped back into the car and headed for Weymouth. It was now 12 noon, I had notched up 61 species in my quest for the magic 100. However, I knew that bad weather was on its way, I could see more dark clouds in the distance heading my way.

By the time I got to Lodmore it was raining lightly and I added Collared Dove, Common Buzzard and Lesser Black-backed Gull. At Lodmore I jumped out of the car for approximately 5 minutes, a quick scan from a side road added Shoveler and Common Coot. 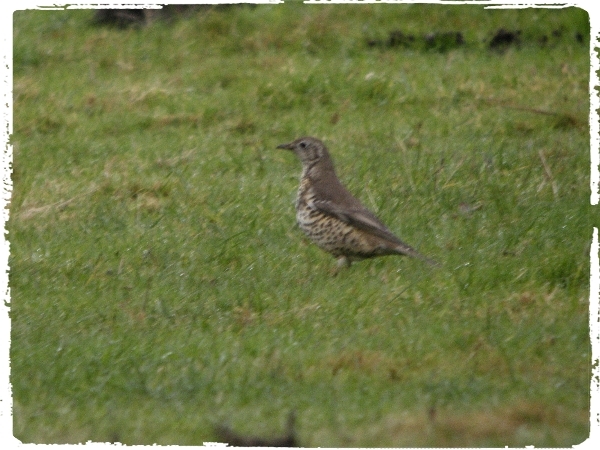 A similar situation occurred at Radipole Lake, except that I jumped out for a little bit longer. From the visitor’s centre I added Mediterranean Gull, Common Gull and a cup of coffee. The rain came down harder as I reach Portland Harbour.

Viewing the harbour from the Weymouth Sailing club is usually the best way to see Black-necked Grebes, it took a while until I found two of them. Lots of Red-breasted Mergansers fed nearby also Shag, Cormorant and Great Crested Grebe. 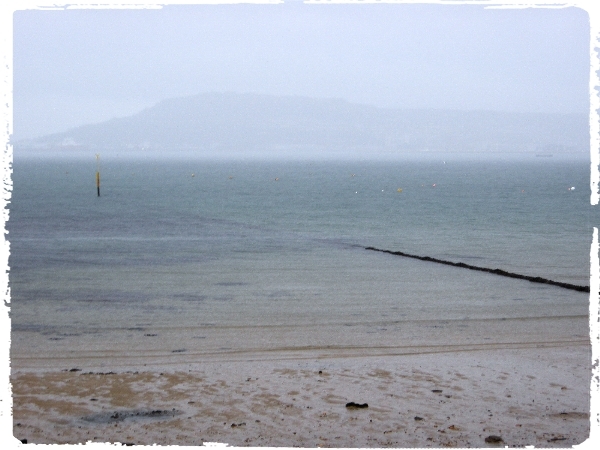 I viewed Ferrybridge mudflats from the Weymouth side first, it was now very bleak, the rain came down at 45 degrees and it was wet! I saw more Mergansers, Bar-tailed Godwits, Dunlin and Brent Geese. Watching from the visitor’s centre car park I added Rock Pipit, Pale-bellied Brent Goose and Ruddy Turnstone, the rain, wet optics and the poor light drove me away. 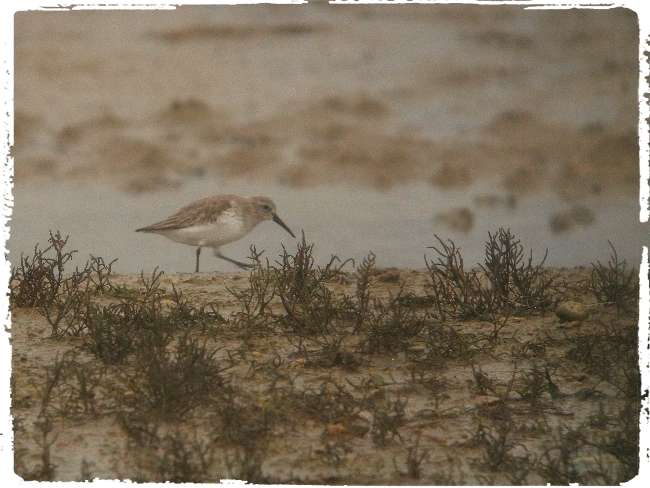 I made a last-ditch effort to see more water birds from Portland Castle but failed, it was now windy, cold and wet. I gave up and headed for home. It was 3pm I had seen 79 species and was defeated, yet again, by the lovely English weather! Believe it or not, I really enjoyed the day and I’ll try again next year.Happy New Year.