Another wet windy windy start to another exciting Birding New Year, it has rained in Somerset on 22 of the last 30 New Year's Days, how nice! By lunchtime the clouds blew over and the sun came out but I was already wet and cold and a little fed up by then. I decided not to dash around and to try to see 100 species today, I needed to check out some tracks and roads for my forthcoming 'Levels' Tour.

Looking from the hide at Noah's Lake

I arrived at Ham Wall just at it got light and just as a few hundred thousand Common Starlings errupted from the reedbeds and further darkened a dull sky. Plenty of birds were in the pools and along the channels, I heard several Cetti's Warblers and Water Rails without seeing either. Many ducks were crowded in the pools and the odd Great White Egret stood out in the marshes, this used to be an exciting find but they are quite common here now, a Kingfisher brightened up my day. 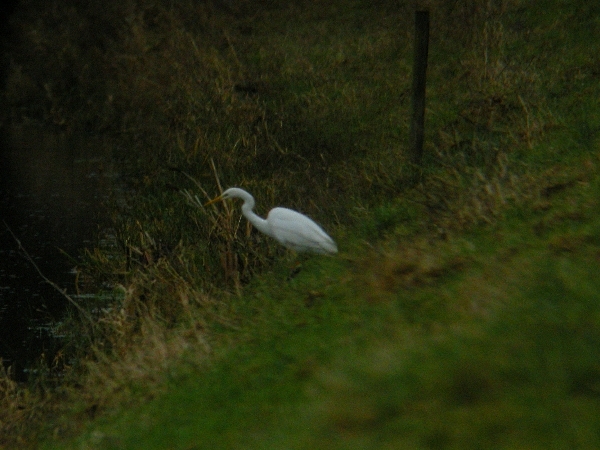 Great White Egret along the main 'Drain' at Shapwick heath

Around 10am the rain came down in earnest, luckily for me I was esconced in the new hide at Noah's Lake where I searched for Whooper Swans without success, but did find Bittern (in flight), Pintail and yet another Great White Egret. If you like Wigeon then this is the place for you, there must have been over 1000 sitting out there with hundreds of Teal, Tufted Ducks, Mallards, Shoveler, Pintail, Mute Swans (32) and lots of grebes. 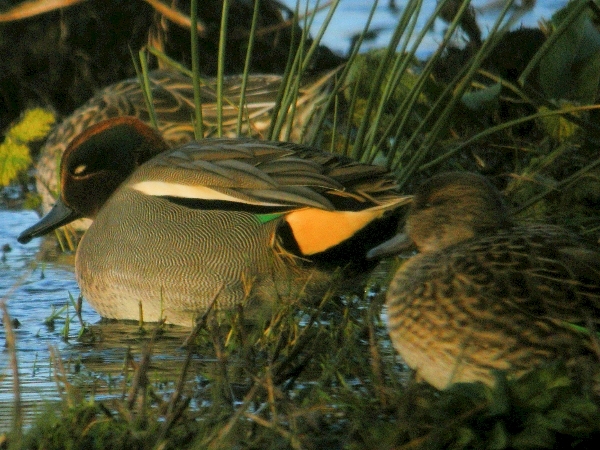 Teal - what a beautiful little bird

As I left Ham Wall and Shapwick after the rain fall, many birds came out to feed. I stumbled upon a feeding flock consisting of Goldcrests, Blue, Great and Long-tailed Tits, Treecreeper, Chiffchaff and a Great Spotted Woodpecker. A small party of Bullfinches was nice to see too. 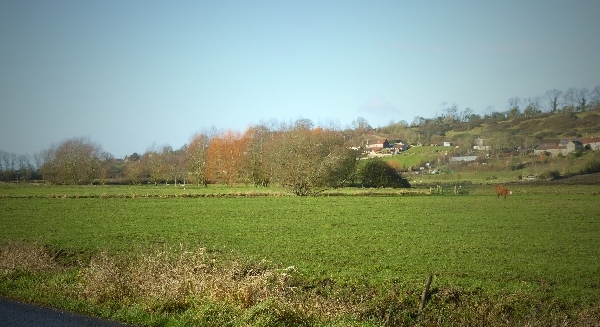 The fields at Westhay - the brightest part of the day

At Tealham Moor I was expecting to find Cattle Egret but it was a little too wet and not many cattle we left out in the fields, I did find Common Buzzard, Common Kestrel and Eurasian Sparrowhawk and at Westhay one field held 25 Little Egrets, an amazing sight.

I drove into Wedmore and bought some junk food for lunch as I had forgotten to make my own. I bought a hot pastie, doritos and a snickers bar, start the year as you mean to go on I say! Ha!

From Wedmore I drove to Greylake, the sky cleared and it became bright and cold, a strong wind developed as I got there. I scoped the fields across the main road ans saw about 1-2 thousand Lapwings with about 600 Golden Plover, also thousands of Starlings and large groups of Fieldfares. The feeders in the car park attracted Reed Buntings and a Common Stonechat sat nicely in the sun. 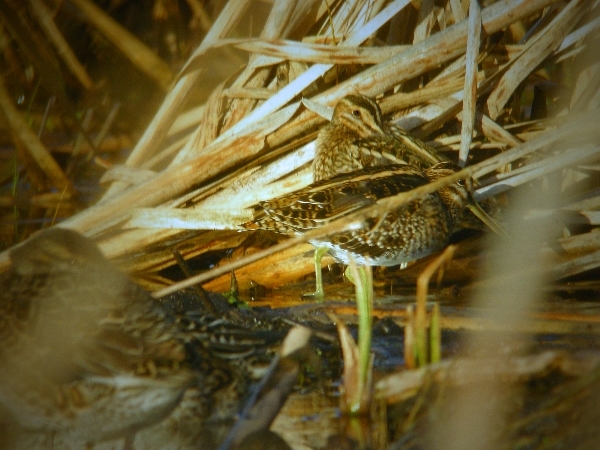 Common Snipe in the reeds at Greylake

The pools at Greylake were covered in ducks, with Teal and Wigeon seen in large numbers, several Common Snipe were sitting in the reeds and I had excellent views of two Water Rails. From the hide I watched Marsh Harriers performing, they constantly put the ducks and lapwings eventually taking a duck for lunch. Whilst I was in the hide I picked up some details of a good Hawfinch location and so I decided to try it on the way home. 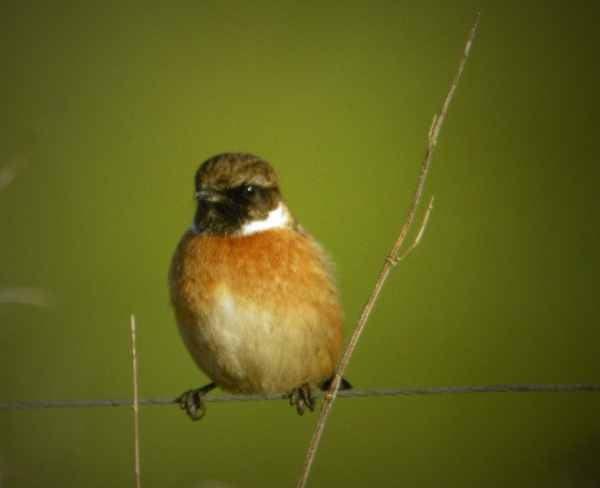 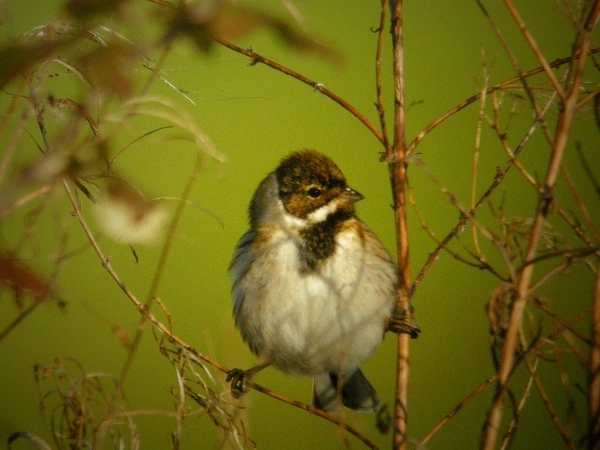 I found the spot at the back of a churchyard where Yew and Beech Trees were waving about in the wind. I didn't hold up much hope of seeing the Hawfinch because of the weather but I was pleasantly surprised when over the next hour I saw several. A group of four was the largest count but it was too dull for any decent photography. 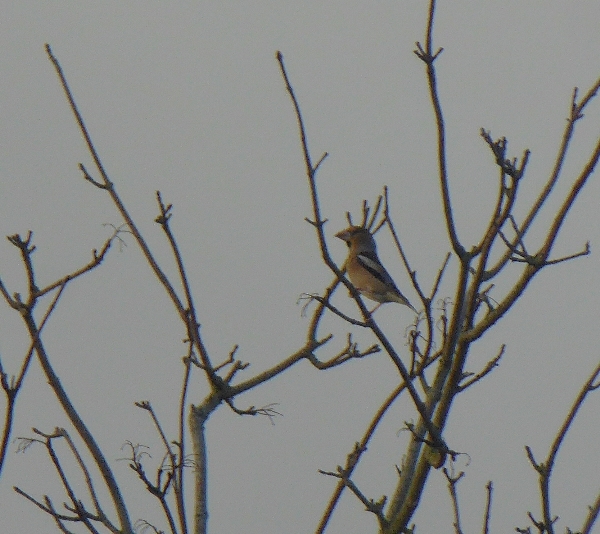 After that I drove home, my 60th bird of the day was a Coal Tit clinging to my bird feeder in my garden.