WEATHER:  a beautiful clear and crisp start, birght blue sky and no wind. Cloudy later with some rain as we drove southwards.

Our last day had arrived and we spent most of it traveling back home and guess what? The weather was perfect, no wind, a bright, clear, bright sky with a beautiful sunrise.

We met up at reception as usual at 7am and was first into the breakfast room also as usual, by 8am we were all loaded up into the bus and ready for our long journey south. We planned to stop at a number of places to break up the journey, the first was at a rubbish tip just outside of Aviemore.

A Glaucous Gull had been reported at the tip during the previous couple of days but as we were quite early there wasn’t a single gull present! Plenty of Crows and Jackdaws but no gulls. We waited 10 or 15 minutes and one or two Herring Gulls drifted over but none of them came down to feed. We saw Song Thrush, Chaffinch, Robin and Siskin before we left.

Our next stop was about 30 minutes down the road at a roadside café near Kingussie, the car park has excellent views of the surrounding mountainside were other birders have reported sightings of Golden and White-tailed Eagles. We stopped to use the bathrooms and for a quick scan, but once again we were too early in the day, especially for any raptor activity. Plenty of Siskins and a couple of Redpolls were flitting about in the car park with Song Thrush, Blackbird, Robin, Dunnock and Blue Tits. 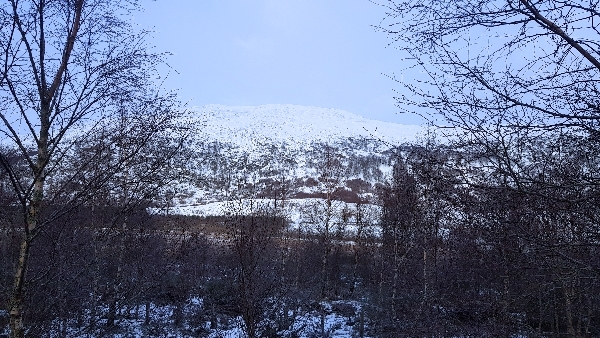 the view from the roadside cafe at KIngussie

We put in a concerted effort to get Edinburgh by 11am, the SAT-NAV took us through the centre of the city to get to Holyrood Park on the southwest side of the city. The route was very slow, major road works slowed our progress considerably. It was almost 12 noon when we reached the park.

St Margaret’s Loch in the park has played host to a RING-BILLED GULL for a month or so and that was our target bird. The loch was a small pleasure-lake in the park and it was covered in gulls. Many Black-headed Gulls were joined by a small number of Common Gulls, it wasn’t difficult to pick out the Ring-billed Gull which was the furthest gull away from us. 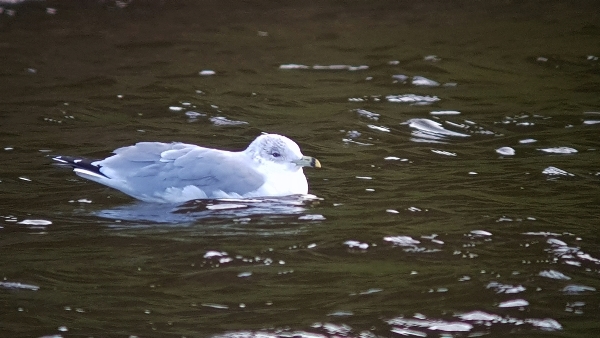 After watching the gull for a while we noted Goldeneye on the pool as well as Tufted Ducks, Mallards, Coots and Moorhens. We were there for only ten minutes and just as we were leaving the Ring-billed Gull took off and flew away over the park! How lucky were we? If we had arrived ten minutes later the gull would have not been there. 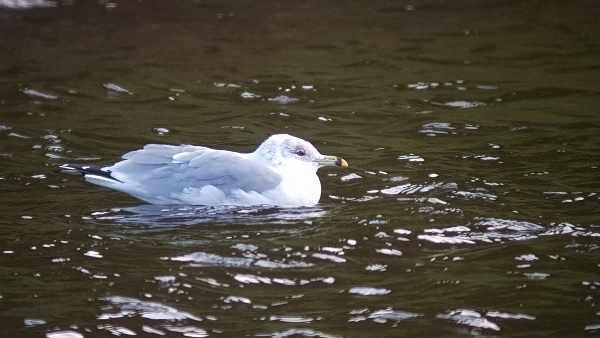 Next, we re-visited the mouth of the River Esk at Mussleburgh, we were hoping for a view of the rare White-winged Scoter which was absent during our visit on the way up. Once again, we marched from the car park out along the southern bank of the Esk, the weather was so much better this time and the visibility was superb.

We saw plenty of Goldeneye along the river as well as Redshank, Turnstone, Dunlin, Curlew and lots of Mallards. After setting up one or two scopes we scanned the bay to look for the Scoter, we found plenty of Common and Velvet Scoters but not the white-winged variety. Lots of Red-breasted Mergansers, a few Great Crested Grebes, Cormorants and a smaller grebe (seen By Guy) were also noted.

We then found the Surf Scoter that we saw during our last visit and after another 30 minutes we gave up looking for the White-winger, it was a valiant attempt but it was not to be. Speaking to local birders we found out that the WW Scoter had not been seen for a couple of days. 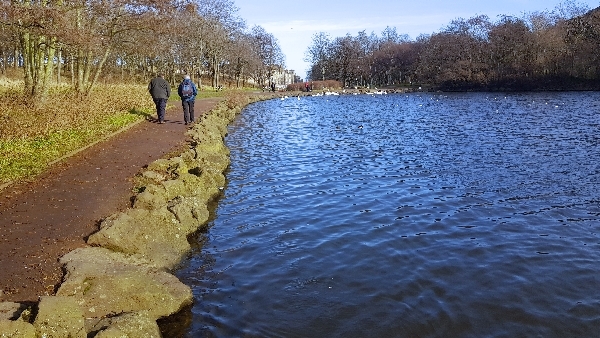 It was a case of driving home now, it was 2pm and we had a heck of a long drive. WE drove to a motorway junction near Sheffield to drop Mike and Lorna around 6pm. We then headed to Atherstone near Birmingham to drop off Mervyn and Leesa, that was around 8pm.

We then got to Chepstow where Nigel got off, that just left Guy and myself, It was after 10pm when we set off from Chepstow, the Severn Bridge was closed in the easterly direction so we had to divert to the Second Severn Bridge.

It was 11:30pm when I dropped off Guy in Yeovil, we had seen a Barn Owl near the Somerset Levels, our last bird of the trip! I got home a few minutes later, it was midnight when I finally got into bed, some 16 hours after we set off this morning!!!

It had been a good trip not a great one, the weather held us back a few times and boy was it cold in Scotland. I think I enjoyed the Norfolk birding better than Scotland but that may have been because it was a tad warmer.