WEATHER: A bright start, then at midday rain for a few hours followed by hail showers then bright sunshine. 5C

We started the day with a gentle stroll down a local lane to a golf course then onto the beach, it was cold but quite bright at 7am. We listed a lot of common garden birds including both Song and Mislte Thrushes, on the golf course we sw our first Linnets and a few Meadow Pipits. From the beach we scanned the sea and found a raft of Common Eider, a huge flock of Common Scoter flew by and a couple of Great Crested Grebes sat out there too. Along the beach we saw hundreds of Oystercatchers, some Sanderling, Ruddy Turnstone, Common Ringed Plover and a Grey Plover. 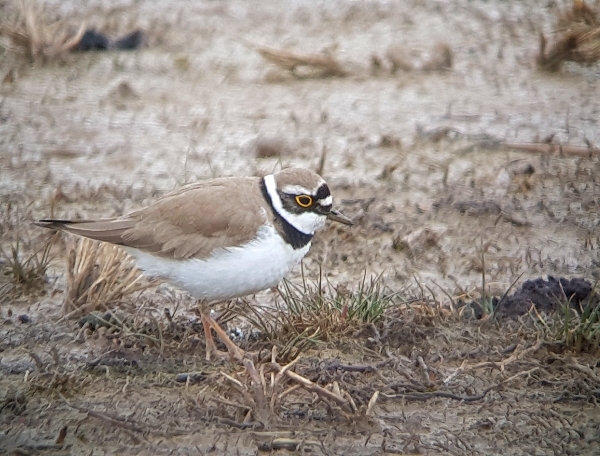 After a delicious breakfast we set off for our day's birding stopping just after Titchwell RSBP reserve to scan the open fields around the Drying Barns at Choseley. Many Brown Hares sat out in the fields and Skylarks were singing from on high whilst Linnets and Goldfinches dashed about the hedgerows. Soon we found a single Corn Bunting sitting on top of a hedge then a Yellowhammer sany from a telephone wire. We also saw both Common Buzzard and Marsh Harrier ans lots of Common Pheasnats and Red-legged Partridges. A Mediterranean Gull flew over us just as we were about to leave, identified by its call. 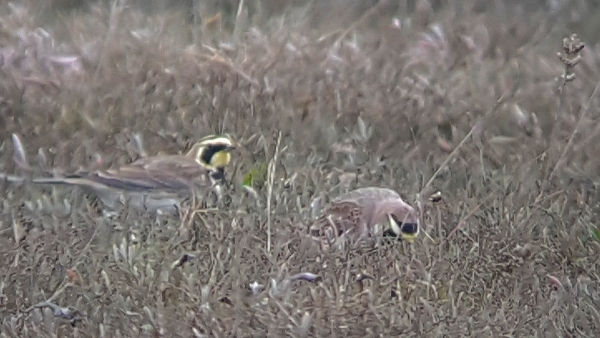 At Holkham Gap we walked a good way across the flat sandy bay between the pine woods and the dunes, we could scope the sea through the 'Gap' in the dunes and we saw a huge flock of Common Scoter feeding out there. We located our target bird, the Shore Lark or now called the Horned Lark after about 20 minutes. A small flock were feeding not too far from the path. I counted 6 birds but others thought there were more, a delightful sight and an unexpected one at this time of the year. We saw many Meadow Pipits and Skylarks out there too. We also saw a Red Kite just as we were leaving.

During our walk back we ventured into the Pine woods where we located a Goldcrest, but we could not see a Coal Tit or a Common Chiffchaff that were also singing. We then visited the 'Lookout' a new visitor's centre that overlooks Holkham Freshmarsh where a nice cup of coffee went down well.  A Sparrowhawk went onto the list for the first time, it was seen by a few of us. 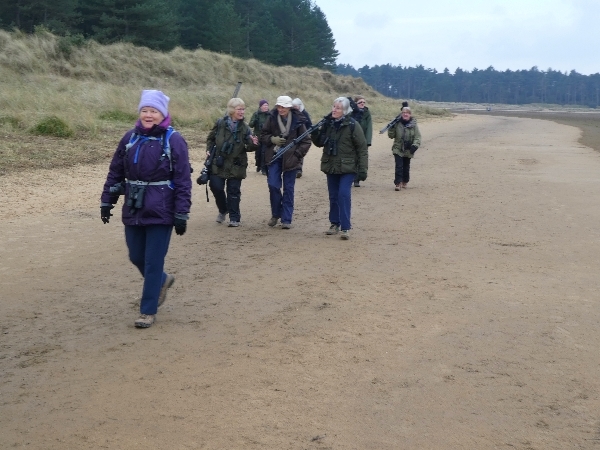 some of the group walking in the 'Gap' at Holkham

For the rest of the day we drove further along the coast to Cley, a Norfolk Wildlfe Reserve, this huge area consists of many pools, large reedbeds, open marsh pasture and it sits adjacent to a large dune system and shale bank next to the sea. We visited some of the hides and spent 3 hours there. From the hides we had excellent close views of many species including Black-tailed Godwit, Pied Avocets, Little Ringed Plover, Common Snipe and a good number of common Ducks. 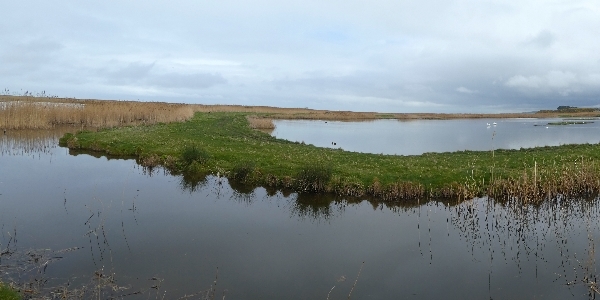 a view from one of the hides at Cley

Scoping the meadows we found two Pink-footed Geese and two Barnacle Geese as well as the usual Egyptian, Canada and Grelag Geese. Marsh Harriers were constantly flying over and the odd Common Buzzard put in an appearance.

From the East Bank we found some Ruff, Tufted Duck and Common Pochard and we scoped Common Snipe and a Peregrine Falcon sat on a distant post. A few of us had fleeting glimpes of Bearded Reedling but none of us heard a 'booming' Bittern. 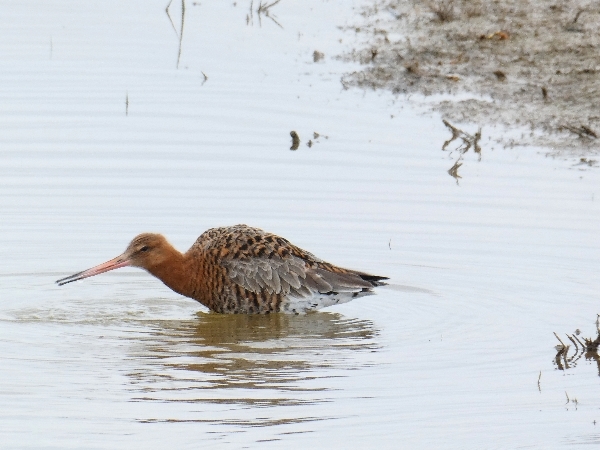 From the beach car park we enjoyed a long bout of bright sunshine, it was the warmest and best part of the day. We walked up onto the shale bank to scan the sea, it was very quiet out there but we did scope two Great Skuas and an unidentified diver. Some of the group walked quite a way along the bank to look for White-fronted Geese that were supposed to be present on the reserve, they found Northern Pintail, but not the geese. 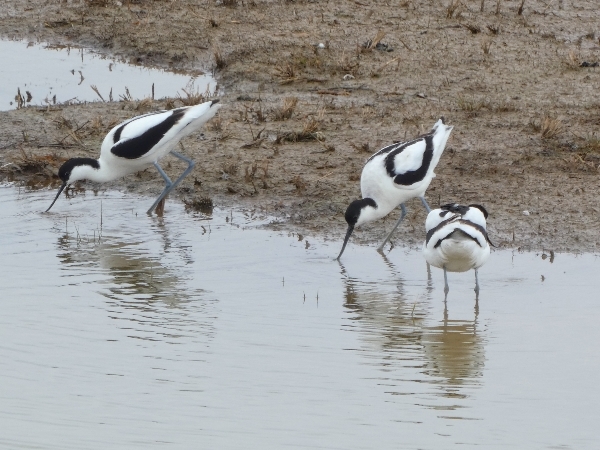 A second Peregrine flew over us just before we located our first Northern Wheatears of the year, we eventually found four birds much to the delight of the group. The other half of the group returned from their sortie and luckily the Wheateras remained for the rest of the group to see them. The sky turned black and it began to hail before rain set in, so we scrambled back onto the bus and headed back to the hotel. A delicious dinner was consumd later, our birdlog revealed our daily tally which was a respectable 85 species.