WEATHER: bright and sunny all day, cold breeze kept the temperature down. 11C

Our last day had arrived, we had until lunchtime for our last birding trip before we had to depart for home. We decided to travel inland to get away from the coastal wind, so we visited the lovely Hawk and Owl Trust's reserve at Sculthorpe. 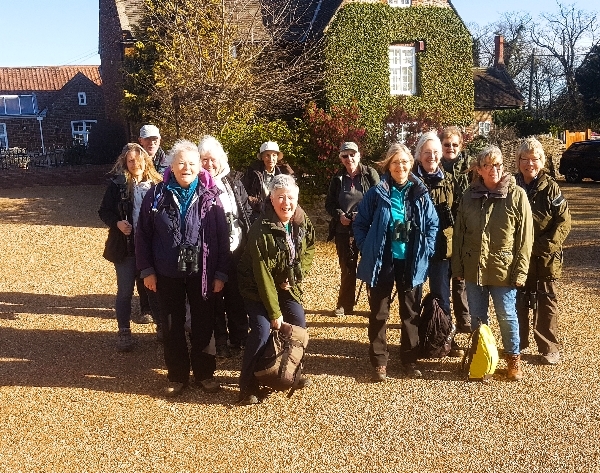 The reserve was just a twenty minute drive from the hotel we arrived, at 9:30am after another lovely breakfast at the hotel. We saw Red Kites, Common Buzzards, Common Kestrel and some Red-legged Partridges along the way.

At the reserve a boardwalk trail leads you to four hides spread over a ouple kilometers of woodland, there were creeks and pools and many feeders were dotted about. 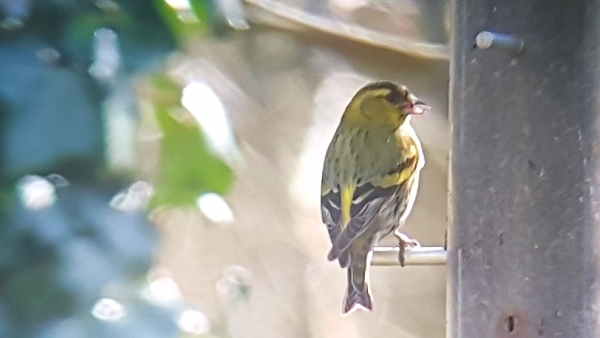 MALE SISKIN AT THE FEEDER

It was the bird feeders that we were particularly interested in because for the last couple of months a Coues's Arctic Redpoll had been visiting one of them! This exciting litlle gem would be a 'lifer' for most of the group. It had been seen yesterday with a few Lesser Redpolls so we were hopeful of seeing it today.

Afer checking in at the visitor's centre we began the walk, a Blackcap was the seen by a few of the group and heard by all of us this was followed by sightings of Long-tailed Tit and Nuthatch and a few common species at the first of the feeders. A boardwalk follows a looped course giving access to one hide and then rejoins the main track before taking you to 3 more hides, two of which overlook water, all the hides had feeders.

Where the looped tracks splits away there was an open area with two main feeders, this is where the Redpoll's had been seen yesrterday. Some of the group decided to stay and watch the feeders whilst others went for a walk around the reserve. The rsult was a good selection of sightings inluding some unexpected species. 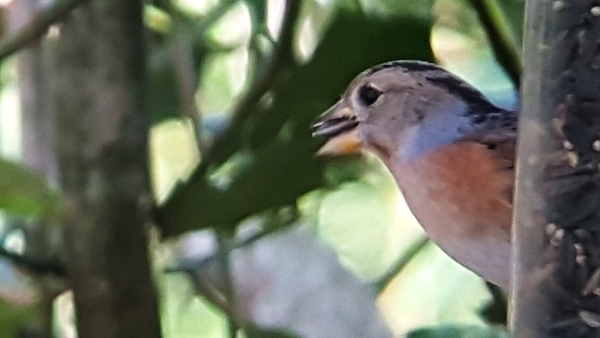 Most of the grouop saw Brambling, Bullfinch, Nuthatch, Treecreeper, Coal Tit, Marsh Tit,  Common Chiffchaff and Siskin and a few saw Great Spotted Woodpecker. Those that stayed to watch the 'Repoll' feeder, including me got nothing more than a few Siskins and Goldfinhes. There wasn't a sniff of a Redpoll anywhere, I suppose that the small flock had moved on.

Soon our time was up and after a nice cup of coffee sitting out in the sunshine we set off back to the hotel to load up our luggage ready for the journey down to King's Lynn where the group were catching a train back home. After the group disembarked at King's Lynn I drove back to Hertfordshire to drop off the bus. 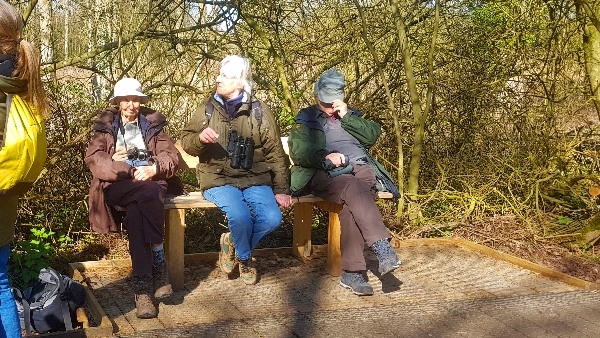 The trip total was 112 species, not a bad effort for a 'late-winter early-spring' break, our sightings included some late winter visitors and a few summer migrants, Despite the cold conditions it was a very enjoyable trip.