TRANSFER FROM NORFOLK TO SOMERSET - WITH ONE STOP AT ELDERNELL, CAMBRIDGESHIRE

WEATHER: windy and raining - what did you expect? But clear later with sunshine and blue sky. temp 3 - 7C

Our last day was spent travelling home in the most part, but before we left the area entirely we had an Owl fest to attend.

It was very cold and raining when we left the hotel, we didn't expect anything else, it had been the wettest and windiest Norfolk break I had ever had, I was glad to be leaving!!

We drove for an hour into Cambridgeshire and made our way to the RSPB Nene Washes reserve at Eldernell. All five owl species had been seen on regular basis at this site. The car park was almost full and we could see bunches of birders at various locations along an embankment next to a thick row of bushes. We knew that both Long and Short-eared Owls were roosting in the hedgerow and that a Tawny Owl was sitting just ouitside a hole in a wood a little further along the embankment. 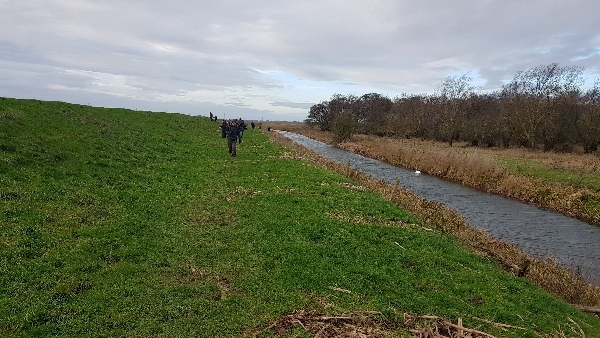 We spent an hour looking at these wonderful owls, we saw two each of Short-eared and Long-eared Owls and a single Tawny Owl. Our good fortune contiued when two Bewick Swans flew over us, calling as they went. 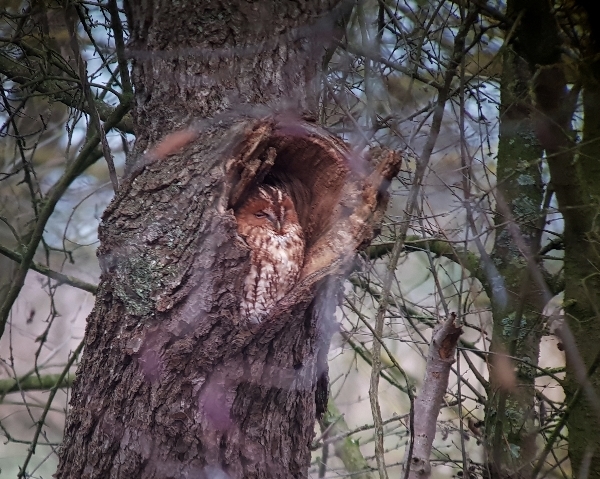 Other birds on view at the site were Red KIte, Marsh Harrier, Lapwings, Mute Swan, Cormorant, Tufted Duck, Coot, Mallard and a few Meadow Pipits. We had also seen many Fieldfares and Redwings from the car as we approached the reserve. 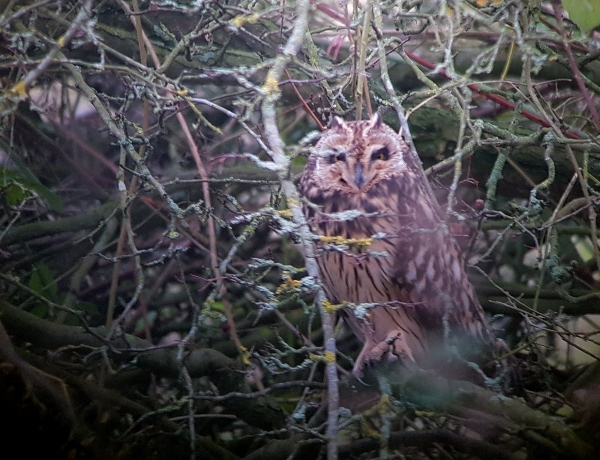 After feasting our eyes for an hour we left the owls in peace and set off for home. Guy drove all the way and got us safely home at 4pm, he forced me to stop a couple of times for hot chocolate and coffee. 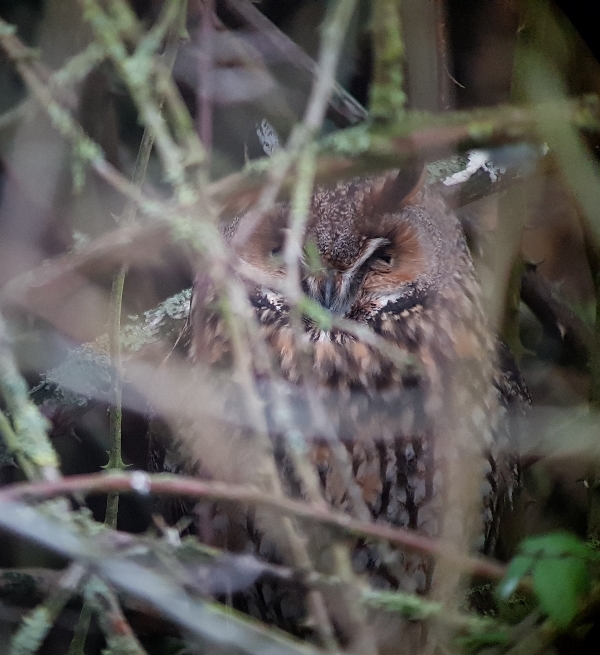 We had had a very wet and windy week to say the least, however, and despite the inclement weather, we did have some great birding moments and some extraordinary sightings. It hasn't put me off visiting Norfolk in winter and I'm sure that we will be back next year.